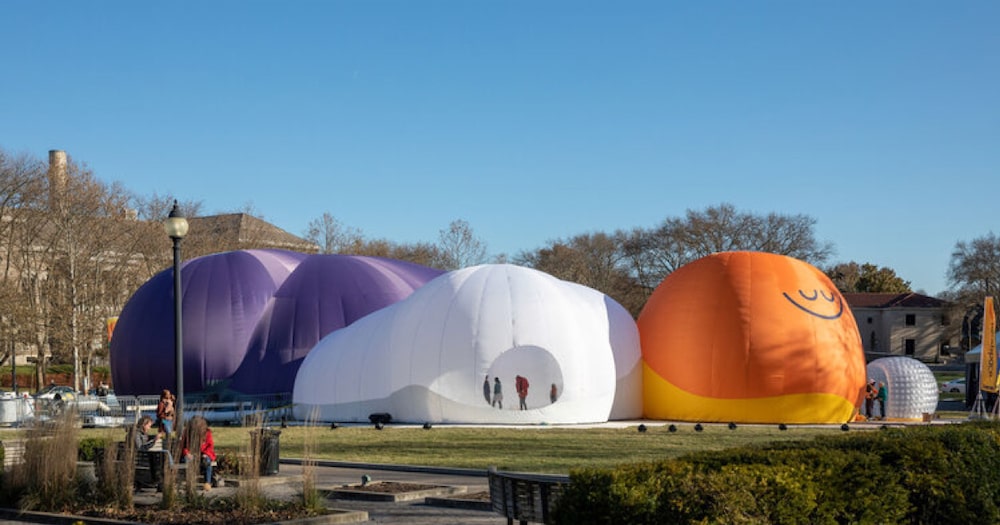 Never has innovation been more important in the world of marketing.

Brands today must vie for the attention of a consumer market that is bombarded by an array of marketing means, which has made connection and authenticity the name of the game in an increasingly competitive industry.

Wrapbook recently spoke with Bryan from the marketing company HELO on how experiential marketing has become a leading strategy for connecting with customers and forging long-lasting relationships with them.

Bryan also discussed how both HELO and experiential marketing—already a breakaway from traditional marketing—have had to innovate further in light of the worldwide changes brought on by COVID-19.

HELO’s founder came from the commercial side of the agency world, so among its marketing services, HELO offers both traditional—namely, commercial television—and experiential options for its clients.

However, Bryan states that “as time goes on, you see that commercials don’t carry the weight that they used to and so advertising in general is turning more towards the interactive experience.” Hence a pivot towards experiential marketing.

How Experiential Marketing Can Make a Bigger Impact

Whereas traditional marketing can be somewhat passive, experiential marketing immerses the customer and makes them part of the event or experience. Getting to discover for themselves the magic or mystery of the brand gives the consumer a chance to more authentically connect with it, whether it be a movie or product or idea.

And what does that experience entail? Says Bryan, “The experience is whatever the client is looking for, and with that you have to be dynamic with a budget that fits the needs of the client, as well as makes a profit for the production company.”

In some ways, experiential marketing can mimic traditional marketing, as both a television commercial and experiential event would require the services of a producer, director and so on.

However, Bryan states that HELO is a highly nimble company in part because it adjusts its team according to the needs of the individual project.

Who Is HELO’s Team

HELO’s Los Angeles and New York offices have on staff creatives who are adept at taking on a project and creating an experiential marketing event that realizes the client’s vision for it.

When a project commences, one of the offices will take on the producing duties for the event and then it’s decided who will be part of it. But if that event takes place outside of those two cities, typically it’s time to hire locally to support it.

When It’s Time to Bring On New Talent

Where an experiential marketing event is held is based on two main factors: 1) what is the most budget-friendly for it and 2) where it can make the biggest impact. Again, often that means a location that’s not LA or New York.

Trying to fly in creatives and talent from one of those two cities to the location of the event can work directly against the goal of keeping the project budget-friendly, which is why hiring locally is integral to the success of an experiential marketing event.

Innovation is key when it comes to the hiring process, as no two experiential marketing events are the same. Bryan states that usually who they bring on are a mix of contractors and temporary employees.

How Budget Factors into Each Project

The financial bottom-line is always a consideration, but Bryan emphasizes, “If you want to create an experience with impact, you’re going to have to spend money. It’s not always the case, but usually the bigger, the better.”

To explain this line of reasoning, Bryan gives this analogy: “If you throw a stone across a lake, you get a couple of ripples. If you throw a boulder into a lake, you’ll have something far different from before. You’ll have a big splash.”

HELO is an innovator not only in the experiential marketing world, but also in its commitment to sustainability.

Why Sustainability Is Part of HELO’s Mission

Experiential marketing events often involve the creation of temporary spaces that house them. This translates to the use of materials that might be used for just a few days and then discarded once the event ends.

But for HELO, the goal is more than just creating an experience… It’s also about not making an impact on the environment.

What Is the True Cost of Sustainability

HELO is among the progressive entertainment companies that don’t mind spending more money if it means doing the right thing for the environment.

When it comes to having immersive experiences for the consumer and protecting the environment, Bryan states that “if it requires a compromise of more money, that’s something we’re willing to do.

EXPERIENTIAL MARKETING IN THE AGE OF COVID

Time to address the elephant in the room—COVID-19.

When experiential marketing relies largely on events that bring together groups of people, how then does a company like HELO continue to create memorable and successful events for its clients?

As it has done all along—through innovation.

With more than a half-year gone by since COVID-19 became a global concern, multiple production companies and studios have achieved a rigid testing protocol that has allowed both television and film projects to resume.

That being said, given that experiential marketing typically revolves around interactive immersion—and people don’t want to gather as they used to—HELO has had to work around those obstacles.

How HELO Is Evolving Under Extraordinary Times

Bryan states how technology has become a vital lifeline for experiential marketing during the COVID era. By bringing into the mix tech elements such as Zoom, LED screens and the like, you can still create a unique experience that allows customers to interact and connect with the brand.

INNOVATING THEN, NOW AND INTO THE FUTURE

It started with a need to break away from the ineffectiveness of traditional marketing. Then it evolved into creating successful events with an eye towards protecting the earth’s natural resources. And now it’s become how to help consumers connect with brands from their homes.

Through it all, HELO has managed and will continue to thrive in the experiential marketing world, carving out a niche with staying power.

Many thanks to Bryan and the rest of the HELO team! To learn more about HELO and its work, check them out here.

The SAG-AFTRA Theatrical Rates of 2019

No matter if you’re producing a low budget indie or studio film, if you’re hiring SAG actors you have to pay them scale. Which is why we’ve compiled the SAG-AFTRA Theatrical rates of 2019 in one handy place.