Who Created the Best Super Bowl Commercials This Year? 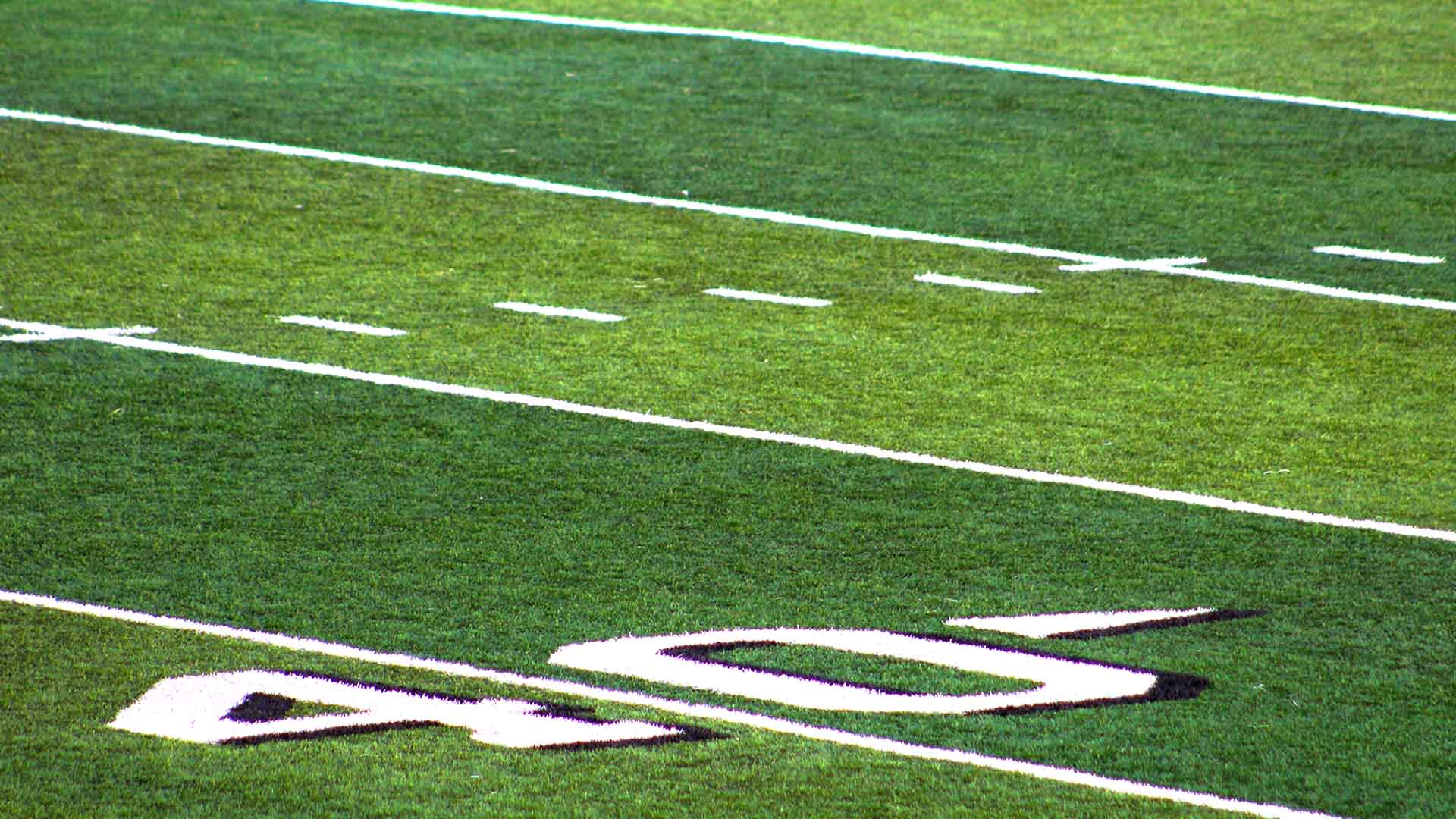 Doesn’t matter if you can rattle off every football stat and fact or if you’re not quite sure what a field goal is, often, the big conversation the day after the game is not who won, but rather, what were the best Super Bowl commercials.

But no need to roam the internet to find the best ads because we’ve got you covered.

Keep scrolling to see which commercials were the most memorable this year and discover who was the talent responsible for producing the 2022 Super Bowl ads.

Every season there’s chatter about how much does a Super Bowl commercial cost, and some ads for the Big Game this year came in at a record-breaking $7 million for a 30-second spot.

To get their money’s worth, many companies lean heavily into using star power to get audiences to notice their Super Bowl ads. That’s exactly what Amazon did in casting real-life celebrity couple Scarlett Johansson and Colin Jost for their newest Alexa commercial.

Any Food Network fans out there? Then you likely got a big kick out of seeing celebrity chef, restaurateur, and author Guy Fieri – the proclaimed “Mayor of Flavortown” – get his own Super Bowl slot this year.

Apparently a cool $7 million for 30 seconds of airtime is no biggie for  brands like Anheuser Busch.

This beverage behemoth had multiple ads play during the Big Game, and its “Welcome to Superior Bowl,” which featured several famous faces such as Serena Williams, Peyton Manning, and Steve Buscemi, was definitely among the best Super Bowl commercials this year.

Who doesn’t love a funny commercial? When it comes to ads at the Super Bowl, humor is king. Or in this case, emperor. Avocados from Mexico somehow made the ancient – and very deadly – colosseum battles of yore amusing, and we are here for it.

Companies might be willing to pay a record-high Super Bowl commercial price, but the numbers show that when they include major star power, it can be worth the cost.

That’s what BMW was banking on when they cast none other than Arnold Schwarzenegger and Salma Hayek as the Greek gods Zeus and Hera, respectively, for its ad. A+ on casting.

Chevrolet was hoping that the reunion of Tony’s kids Meadow and A.J. would appeal to hardcore fans. For many, the nostalgia factor alone, made it one of the best Super Bowl commercials this year.

Disney – “All the GOATs”

Star Wars and Marvel and Pixar, oh my! Under the Disney umbrella are several spectacular properties… Some might even call them the GOATs. (For those of you who don’t keep up with the ever-changing popular slang, GOAT is an acronym for Greatest Of All Time.)

Regardless of possibly being one of the best ads at the Super Bowl this year, it certainly was among the most adorable.

If you like babies as much as you love goats, you were in luck during this year’s Super Bowl.

Almost 15 years ago, ETrade first got the attention of Big Game audiences with its talking baby commercial and came back strong this year with its newest iteration of this popular series of Super Bowl ads.

No famous faces in this commercial. Just some beatboxing animals and a sloth that can’t get enough of those intensely hot and delicious Flamin’ Hot Doritos. It’s weird, but it works… and that’s all that really matters.

Larry David has become famous for his hilarious writing and acting, as well as his naysayer demeanor on the show Curb Your Enthusiasm. FTX has cleverly leveraged this persona in their Super Bowl commercial featuring him.

But what this General Motors ad does so well in featuring Mike Myers as Dr. Evil from the Austin Powers film franchise is doubling down on both the celebrity of the actor and nostalgia for the much beloved character that he plays.

Hologic – “Her Health Is Her Wealth”

Not only did Mary J. Blige give a fantastic performance during this year’s Super Bowl halftime show, but she also took part in one of the more memorable Super Bowl commercials.

What really set Hologic’s ad apart from the rest of the pack was its sincerity and focus on women’s health. While most ads at the Super Bowl were filled with spectacle and laughs, this particular commercial’s quiet, yet important message, left an impact.

The celebrity landscape has infiltrated our culture so much so that not only do we know dozens of well-known actors, but also we are aware of the relationships between them. (Just look at our first ad as an example.)

Companies are aware of this fact, which is why the Lay's ad featuring Seth Rogen, Paul Rudd, and their famous friendship – with perhaps some embellished elements for entertainment purposes! – was among the best Super Bowl commercials this year.

Rarely is there a shortage of auto ads at the Super Bowl, and this year was no different. We’ve covered BMW, Chevrolet, and General Motors, so we would be remiss to not include the Nissan commercial with everyone’s favorite TV dad, Eugene Levy.

With cameos from Brie Larson, Dave Bautista, and even Levy’s Schitt’s Creek wife, Catherine O’Hara, this particular commercial took us all on a thrill ride to remember.

Who doesn’t love a good comeback story? Lindsay Lohan has led an eventful life to say the least, and Planet Fitness found her to be the perfect celebrity to demonstrate how a fitness routine – preferably at one of their gyms – can become the catalyst for a fit and fantastic life.

We love Pringles as much as the next snack junkie, which is why this particular ad really hit home.

Getting your hand stuck in a Pringles can, normally considered a universal annoyance, became the foundation for the chip company’s Super Bowl ad that showed exactly how life might play out should you never get your hand out.

It’s always a company’s best bet to take advantage of popular culture in their commercials.

Which is why Rakuten bet on Ted Lasso actress Hannah Waddingham for its ad. While perhaps one of the lesser-known entities among all the Super Bowl commercials this year, its spotlight on the hugely popular actress definitely got audiences to take note.

But with the combined star power of Barbie and Anna Kendrick, not to mention some amazingly clever jokes aimed at those who are going through the madness that is buying a home in today’s market, Rocket Mortgage was certainly one of the wittier ads at the Super Bowl this year.

You can’t go wrong with the female star of the highest grossing movie of 2021. The mononymous Zendaya not only was in last year’s blockbuster Spider-Man: No Way Home, but is also the Emmy-winning actress of the HBO hit Euphoria.

So you bet her Super Bowl commercial for Squarespace got noticed this year.

We can all agree that Dolly Parton is a national treasure who must be protected at all costs, right?

Zach Braff and Donald Faison may not be as well known for their singing chops as Ms. Parton, but they pulled off a respectable job of belting out just how much T-Mobile – yep, it’s another T-Mobile commercial! – can save everyone in home internet fees.

Like Anheuser Busch, T-Mobile thought that this year’s Super Bowl commercial price was well worth having more than one ad to hopefully get an edge on its competition.

That’s about the extent of the dialogue in this Toyota commercial, but when you have hugely popular celebrities like Tommy Lee Jones, Leslie Jones, and Rashida Jones – not to mention a musical accompaniment by Tom Jones – that’s really all you need.

The convenience of getting your meal delivered to your door has made UberEats a wildly popular service over the last several years. But did you know that it can deliver more than just food?

Apparently not everyone does. Which is why this hilarious ad that features attempts to eat diapers, candles, dish soap, light bulbs, and even kitty litter makes it truly one of the more memorable Super Bowl ads. Not to mention we get to see "Greg" from Succession and Jennifer Coolidge at the same time. What an odd but perfect pair.

T-Mobile isn’t the only telecommunications company with some skin in the Super Bowl ad game. Enter Verizon. Or rather, enter The Cable Guy.

Oh, that’s right. Jim Carrey returned to reprise his role from more than 25 years ago, solidifying him as one of the funniest actors of all time. And as this commercial showed, a comedic talent that has not dimmed a bit.

Last but certainly not least, we are wrapping up our best Super Bowl commercials list with a company who not only was a Super Bowl ads rookie but also a TV commercial newbie, period!

Yep, Wallbox made its television debut during the Big Game with Seth, a man who was struck by lightning a decade ago and has had a ( very reasonable) fear of electricity ever since. Kudos to Wallbox for giving us one of the more amusing yet heartfelt Super Bowl ads.

Sure, multiple millions of dollars might seem like a lot for less than a minute of airtime. But as many of the ads at the Super Bowl this year have proven, getting people to laugh, gawk, and most importantly remember, these commercials (the next time they make a purchase), can make even a seven-figure price tag a smart investment.

Super Bowl commercials might be the pinnacle of commercial success, but getting there is half of the fun. If you’re just starting out, discover the new strategies for getting viewers engaged with your work. Check out our rundown on branded content.