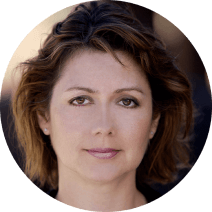 Why You Should Join the American Photographic Artists (APA) 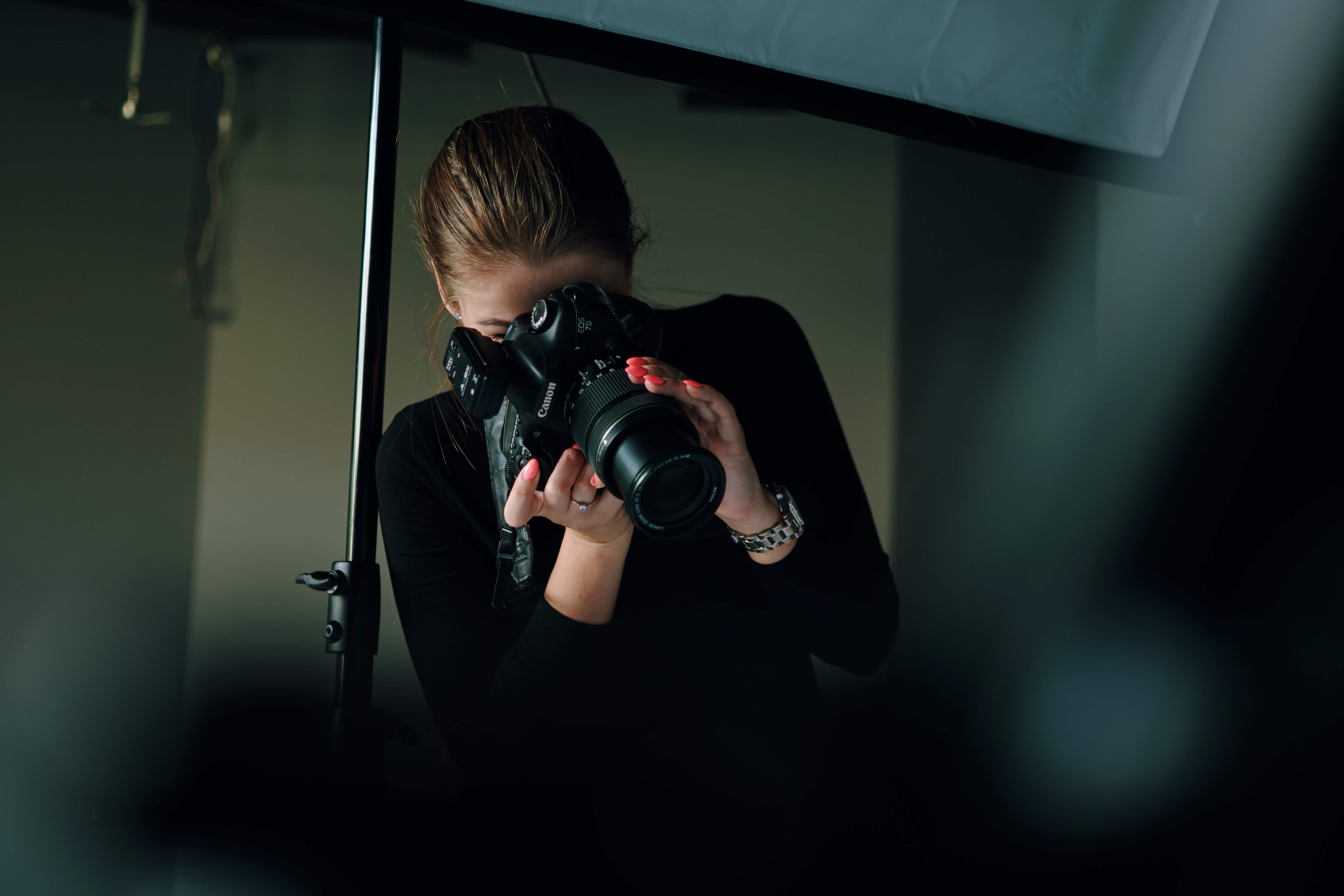 The day-to-day work of a professional photographer can often a solitary experience. Without the regular contact with like-minded colleagues that you’d find in an average 9-to-5, it’s easy to view your professional life as an island, effectively isolated from the industry as a whole.

However, tens of thousands of professional photographers around the world are active this very minute. They’re facing the same challenges, asking the same questions, and searching for the same solutions. But how do you connect with them?

For starters, you can point your lens toward the American Photographic Artists.

American Photographic Artists is a legacy not-for-profit professional organization dedicated to developing the art and industry of professional photography.

Catering primarily to photographers working in commercial fields, APA’s mission is to advance its members’ professional well-being and the photo community at large. For the past 40 years, APA has connected photographers with other industry professionals, kept them informed about industry opportunities and challenges, and provided tools to navigate an ever-changing landscape and advocate on their behalf.

In other words, the American Photographic Artists organization is designed to pursue only one goal: to help professional photographers succeed. But what does APA do to accomplish this mission?

For its members, American Photographic Artists provides opportunities in marketing, networking, and education that are unavailable to professional photographers working entirely on their own.

APA vigorously pursues new tactics to encourage competition, mentorship, and exhibition - all of which are geared toward placing members’ work in front of potential clients’ eyes.

You can find a perfect example of APA’s efforts in their annually published Sourcebook.

The APA Sourcebook is a member benefit showcasing the work of Professional and Leader level photographer members. With more than nine-months of labor from APA staff, the APA Sourcebook is meticulously enhanced and strenuously curated through the experience of APA board members, then shipped in pristine, physical form to advertising agencies, editorial publications, design firms, and corporate direct companies all over the United States.

Good luck achieving the same results with a cold call.

Even the front page of APA’s website demonstrates a commitment to showcasing their members’ professional chops. For the curious, links highlighting portfolios and profiles are an immediate draw, and the APA Pro directory is a deep well of talent that’s only too tempting to dive into at a moment’s notice.

With APA’s robust “Hire an APA Pro” feature, art buyers, creatives, and companies can quickly search an impressive roster of talent by specialty or location, browse sample images, contact artists, and click through to photographers websites.

American Photographic Artists exhibits an overt dedication to enabling its members to interact with people who hire talent in ways that would rarely be available to them as individual professionals.

American Photographic Artists is highly motivated to make sure its members understand their industry’s intricacies and avoid professional pitfalls. Whether that be through contract assistance or how to best work with agents, APA continuously spreads knowledge to protect its members.

APA hosts a dizzying array of events and publishes plenty of articles geared towards education, but what makes them unique is how APA can leverage the collective experience of its membership.

Freelance professionals struggle to find answers to questions that no one wants to discuss publicly. It’s rare that creative professionals openly discuss how much they’re quoting for jobs, how they negotiate, or even how they structure their businesses. Such topics, in spite of being paramount importance to young professionals, are generally considered taboo.

With American Photographic Artists, that’s not the case.

Instead, APA connects members who need information directly with other members or outside professionals who have the knowledge. If you’re an APA member with a question relevant to your career as a professional photographer, APA will help you seek out an answer.

Because, above all, American Photographic Artists is invested in making sure its members know how to value their work.

One could argue that the most significant opportunity offered by APA has nothing to do with marketing or self-promotion. Perhaps more than anything, the American Photographic Artists organization provides its members with the opportunity to get involved.

We’ve briefly mentioned the notably high volume of events and classes hosted by APA above, but it would be difficult to overstate APA’s commitment to stimulating interaction amongst its membership.

During the COVID-19 pandemic, APA has remained an active force in connecting and informing its ranks. Within just a week of official confinement orders, APA staff and board members had risen to the challenge and offered innovative new ways for its members to interact while complying with social-distancing mandates. Today, their frequent webinars and relevant content are living proof of their continued efforts.

As with most professional trade organizations, one of the principal functions of American Photographic Artists is to serve as a larger entity that can represent its members’ interests when it comes to the significant issues that affect them and their industry.

More simply, APA speaks on behalf of professional photographers in a collective way that is not possible for individual artists to be heard.

APA merges the interest of its members with other trade associations to combine their efforts to lobby in Washington, D.C., making sure professional photographers’ voices are heard on the national stage, on the legal issues that matter to them. APA regularly coordinates with a diverse range of other professional organizations, including the Copyright Alliance, a Coalition of Visual Artists, and the Authors Coalition to craft a unified front of representation for creative industries among legislators. And, on a case by case basis, APA will even throw their weight behind individual photographers attempting to defend a legal position in court.

Let’s be honest; as a professional photographer, you probably don’t want to deal with these issues on a day-to-day basis. The process of making images is your passion. The intricacies of copyright law? Not so much.

Nevertheless, this is work that needs to be done. It affects professional photographers’ livelihoods everywhere, and, if they have no representation, their voices will not be heard on the issues that matter to them the most.

That’s why individual photographers need a larger, collective entity to work on their behalf. An organization like the APA is designed to ensure that photographers aren’t left alone to deal with the consequences of legislation they had no say on in the first place. In a sense, joining the APA is not all that different from voting for an elected representative.

And, just like voting for an elected representative, the point of joining American Photographic Artists is to make sure there’s someone out there fighting for you.

But, of course, it’s not the only point.

The overarching theme of every initiative put forth by American Photographic Artists is community.

Community is what APA is all about. By design, without its members, APA would have no purpose and cease to exist. Period.

The beauty of that philosophy is that it puts the entirety of the organization’s power directly in its members’ hands. There are no bureaucrats, middlemen, or profiteers. By joining American Photographic Artists, you’re gifting yourself not only an irresistible set of perks but, more importantly, the ability to create change within your industry.

As outlined above, there’s a buffet of options as to how you might go about that, available right at your fingertips the second you join. The APA board is comprised of members.

Events are coordinated by members. Mentorship and advice are passed between members. The list goes on and on.

As APA strives to enact social change by guiding the industry towards a greater diversity of underrepresented communities, members will be integral in realizing positive change. Our Diversity Committee has begun by launching a survey that we encourage you to take. You could be a part of the change and help direct new programming.

The options for involvement and connection are so wide-ranging and their implications so far-reaching that it’s difficult to describe them thoroughly. No matter what route you take, the important thing to remember is that you are not buying a product when you pay your APA membership dues.

Incredibly, everything above is merely scratching the surface of what APA has to offer its members.

Joining the APA is a simple process that immediately grants access to all of this and much more. Your membership dues go directly to those fighting for your industry as well as to those services designed to benefit you, specifically, as an individual photographer. Depending on your membership level, your membership fee might even easily pay for itself.

Check out the APA here or jump straight to their FAQs to continue exploring why photographers should join APA.

Juliette Wolf-Robin, the national executive director for American Photographic Artists (APA), has spent her career connecting buyers to creative talent. In addition to developing and launching several directories and publications, she also worked in business development and marketing at a branding firm. Her focus is in nurturing community.