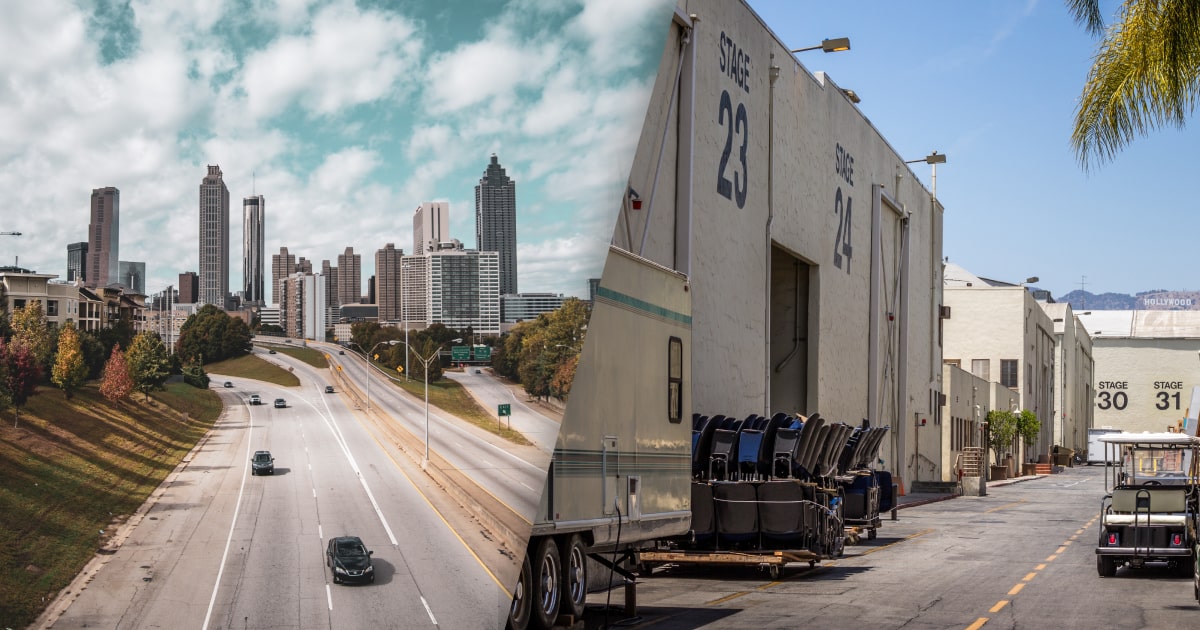 Ant-Man. Stranger Things. Ozark. What do they have in common? Well, other than bizarre creatures, (yeah, Ozark too), these productions all filmed in Georgia. Additionally, they likely all were lucky enough to receive Georgia film tax credits. And if you’re thinking about filming there, your production team can save a little money too.

In this article, we'll cover the most frequently asked questions around the Georgia film tax credit program. This includes who qualifies for Georgia film incentives and what expenditures Georgia tax credits cover.

What is the Georgia film tax credit?

A Georgia film tax credit is a financial incentive that encourages production companies to film in Georgia by providing them with savings (or tax benefits).

The tax credit may be used against the taxes your production team may otherwise have to pay in Georgia. If the production company chooses, they can sell or transfer the tax credit to one or more Georgia taxpayers — either individuals or corporations.

Now, you may be wondering: how much is the tax credit? The Georgia Entertainment Industry Investment Act outlines this.

What is the Georgia Entertainment Industry Investment Act?

The Georgia Entertainment Industry Investment Act (GEIIA) gives a 20% tax credit to companies that spend $500,000 or more in Georgia during production and post-production. This can include a single production or the total of multiple projects aggregated in a single tax year.

On top of that credit, the state also has a Georgia Entertainment Promotion (GEP) Uplift credit. This is an additional 10% tax credit for certain approved projects that include a five-second-long embedded Georgia logo in the finished and commercially distributed product. This needs to be included in the initial public screening, and the project's promotional website must include this link, (Explore Georgia film site). *Keep in mind the 10% GEP Logo Uplift tax credit isn’t available for commercials.

Under the act, the Georgia movie tax credit is available to both Georgia residents and non-residents. There is a salary cap of $500,000 per person, per production, when the employee is paid by “salary,” which is defined by the Georgia film incentives website as being paid with a W2.

Payments made to a loan-out company in 2022 will require 6% Georgia income tax withholding.

Who qualifies for Georgia film incentives?

To earn the 20% film tax credit, the Georgia Department of Economic Development must certify the project (more on this later).

Qualified projects’ distribution must extend outside the state of Georgia and have a minimum of $500,000 qualified in-state expenditures over a single tax year.

Eligible productions for the Georgia film tax credit include:

Projects that do not qualify for tax credit:

To earn the 20% film tax credit, the Georgia Department of Economic Development must certify the project (more on this later).

What expenditures qualify for the Georgia film tax credit?

To qualify for the Georgia tax credit, production expenditures must be made in Georgia from a Georgia vendor. This can include cast, crew, storyboarding, other casting needs, set design, wardrobe, makeup, props, and location.

Post-production expenditures for Georgia-filmed movies and TV projects including editing and color correction qualify under the Georgia film tax credit guidelines, but they must be done by a Georgia vendor.

However, any qualified production expenditures claimed under the post-production tax credit or music tax credit are then not eligible for the Georgia movie tax credit (so in other words, no double dipping on tax credits).

If you are looking for more information about the post-production film tax credit for eligible post production companies, contact the Georgia Department of Revenue.

How to apply for the Georgia film tax credit

The online application for live-action, animated, or esports projects will ask you to provide a few things.

To apply for tax credit for live-action, you’ll need:

Within the application for live-action projects, you’ll notice that the Georgia Film Office asks you to agree to supply a few additional things.

If you are applying for the 10% Georgia tax credit, (the Georgia Entertainment Promotion Uplift credit) you’ll also need to specify where the link to this site will go and where the logo will be placed.

This placement should be located:

Now all that's left is to send it in!

The 10% Georgia movie tax credit won’t be given until proof of multi-market distribution is provided within five years of awarding the base (20%) certification letter. If the project doesn’t start filming within thirty days of the date listed on the certification letter, amendments to the application must be sent in writing to GDEcD.

If required, under Georgia film tax credit regulations, your production company may be asked to complete an audit before filing a state tax return. Under Georgia House Bill 1037, the requirement that applicants undergo an audit for their projects before claiming or selling a credit will be phased in gradually.

Audits are required for credits first certified in 2022 and worth more than $1.25 million. Beyond 2022, audits will be required prior to claiming, utilizing, or transferring a film tax credit of any amount.

You can find more information on audits via Georgia’s film incentives page.

You can also see a list of certified eligible auditors on the Georgia Department of Revenue’s site.

A bill to eliminate the Georgia film tax credit?

Say it ain't so. After all this hard work of applying, could the state be taking it away?

Well, though Georgia House Bill 441 has been introduced because some say it's a financial burden on the shoulders of taxpayers, it will likely have a hard time passing. But we will be checking back regularly and updating this as needed.

Gaining Georgia film incentives can be a great way to mitigate other project expenses.

If you’re hoping to film in Atlanta, be sure to check out our Atlanta film permit guide.