Agency Producers: Working with Them & How They Differ from Other Key Roles 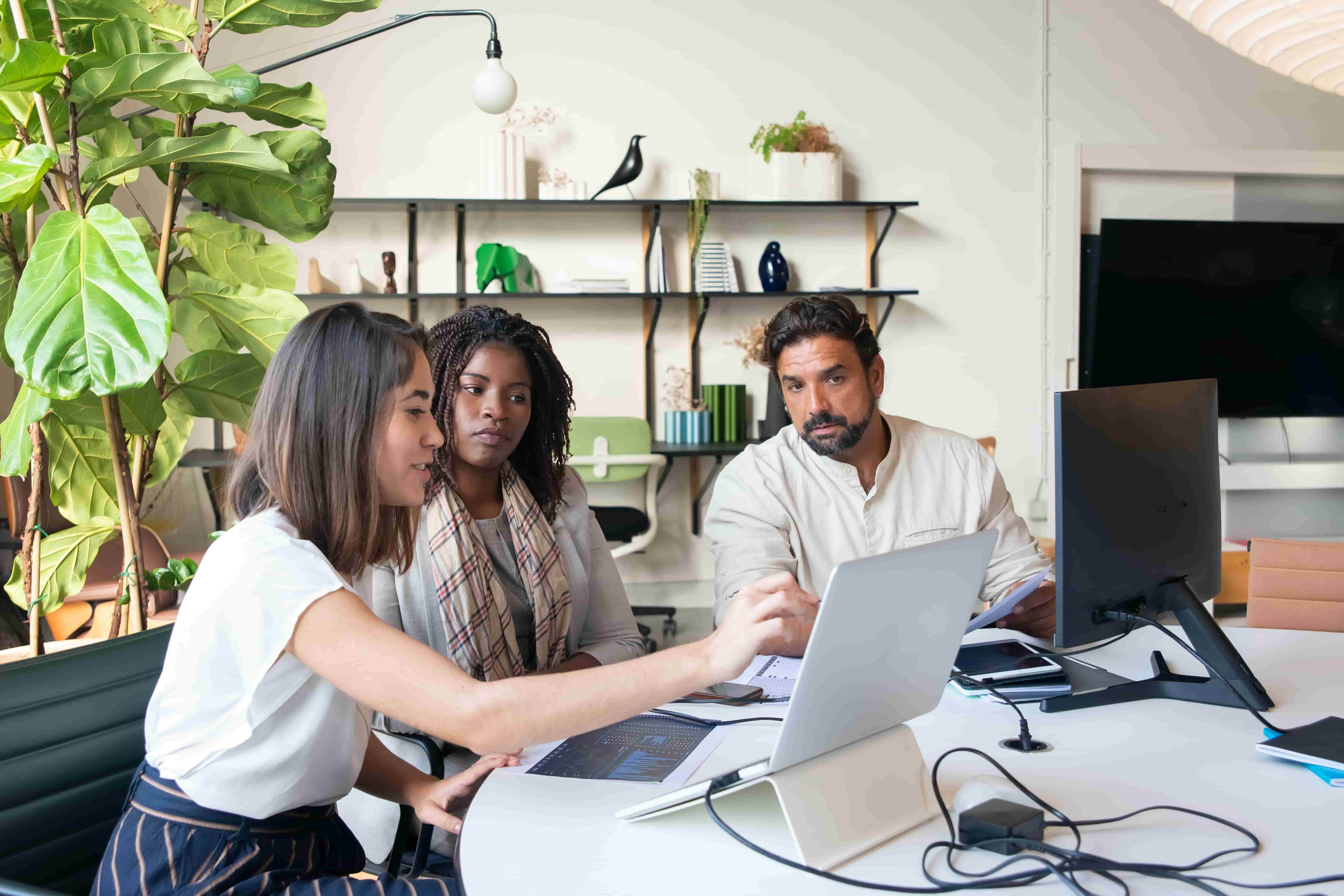 Knowing who’s who in commercial production matters if you plan to have a career in the industry, or if you’re looking to transition into an agency producer role.

You might already be versed in what the creative producer role on the production side entails, but what does a producer do on the agency side? What even is an ad agency producer and how do their responsibilities differ from everyone else?

For this post, we’re getting into the main responsibilities of agency producers and how they work with production companies to get projects across the finish line.

This may seem basic, but knowing the traditional dynamics between production companies, ad agencies, and their clients is the best place to start for understanding what an agency producer is.

Job titles in commercial productions can be hard to define because each project is distinct with a different budget, different crew, different needs, and so on.

And when talking about all of the producers who work together on one project, it can get even more complicated.

What is an agency producer and what are their key responsibilities?

An agency producer is a producer who (most often) serves as the liaison between their agency in a creative producer role and the production company that has been brought on to shoot the commercial.

If the project is not a direct-to-client situation, and all three parties are involved – client, production company, and agency – the ad agency producer usually has a hand in selecting the production company and/or director and oversees the entire project.

Note: This isn’t necessarily someone who has line producer-type responsibilities. Instead, they hold a more advisory and agency production manager-type role.

In fact, the title of agency producer might be used interchangeably with project manager, account manager, or even “integrated producer.”

But as long as the duties are clearly defined, these title variations become irrelevant.

What is the difference between an agency producer vs. producer role?

The title of ad agency producer might likewise sound interchangeable with that of producer on the production company side but they are different.

Yes, both roles aim to create a commercial that satisfies – and dare we say, exceeds – the client’s vision, but they do so in different ways.

When thinking about the ad agency producer vs. producer role, the best way to differentiate between the two is to consider the former as looking at the macro – which includes the client’s intended vision along with staff needs, budget restrictions, schedule constraints, etc. – with the latter executing the micro (the commercial itself).

That’s not to say that a producer on the production company side isn’t thinking about those other considerations as well, (budget, especially budget)! They’ll likely be having plenty of conversations throughout the course of the shoot with the person who has the creative producer role on the agency side.

But at the end of the day, the producer on the production side is still the vendor for the ad agency producer.

If a project goes sideways, it’s the agency producer who will ultimately be held accountable for it, which is exactly why they must wear so many hats to ensure that it does not.

So what’s the difference between an agency producer and a creative director?

Agency producer, agency director, creative producer, creative director… Who and what are we talking about anymore?

It’s important to discern the difference between an ad agency producer vs. creative director role when both are part of the same agency.

As the name implies, a creative producer role in an agency is certainly more than just an agency production manager gig. While an ad agency producer’s main task is to see to it that the client’s vision comes to fruition on time and on budget (or better yet, under!), much of what they do involves creative decision-making and problem-solving.

That being said, the creative director or CD is still the head of creative.

They likely won’t handle the day-to-day considerations of a shoot, which is why “producer” isn’t part of their title, but they will be in constant communication with the person in the creative producer role within their agency to ensure that the vision agreed upon between them and the client is realized successfully.

What does the collaborative process between an ad agency producer and producer look like?

First, let’s clarify that we’re working under the assumption of a conventional collaboration.

That means the client initially came to an agency for their advertising needs and they then awarded the project to a production company to execute the commercial.

If that’s the case, the ad agency producer and production company producer will be working closely together for the duration of the project up until the final deliverables are given to the client.

The producer will likely have their go-to people that they usually work with – director, cinematographer, editor – that they’ll have to vet with the agency producer. In general, the director likely wins the team over in the bid. But all key professionals heading up the shoot will have to get the sign-off from the agency producer.

Beyond that, the agency producer will communicate to the producer on the production side all pertinent details from creative to financial to logistical.

It goes without saying – but we’ll say it anyway – that clarity and transparency is critical for the collaborative process to be successful. Again, it’s the person in the creative producer role at the agency who will be in the hot seat if a shoot runs over budget or time.

Maybe you’re curious about what ad agency producer jobs are all about because you’re thinking about becoming one yourself. The truth is, as mentioned above, what’s required of you on the agency side is fairly similar to the things as you did on the production side. Becoming an agency producer requires a lot of the same skills---thinking on your feet, coming in on or under budget, collaborating with teams of people to get projects done. If you’re an experienced producer, switching to the agency side will just be a matter of communication to your network to find work in agencies.

We’ve discussed at length some of the most important aspects of what an agency producer is from the perspective of collaborating with one. But now, let’s get into the nitty gritty.

We’ll start with money because well...money.

When it comes to an advertising producer salary, the truth is that it can widely vary on a number of considerations.

The first one? Salary depends on the volume of responsibilities. The more you’re being asked to do, (usually) the higher the advertising producer salary.

Some agencies are extremely regimented with clear specialization and division of labor.

Others lean more into that “we wear a lot of hats” philosophy. Maybe you’re the creative director while going through the ideation phase with a client, and then you switch into agency producer mode once it’s time to go into production. It all depends.

And speaking of clients…

The second factor that will affect an advertising producer salary is the size of jobs that the agency is pulling in. Does a particular agency count among its clients Nike and Apple? Well, they’ll probably have more to put towards salaries.

Is the agency a startup with only local clients on the roster? That, too, will likely impact what you can negotiate as your salary. So when scouting ad agency producer jobs, make sure to research whom a prospective employer works with.

But when all is said and done, you can expect to make about an average of $80,000 a year in this role.

We mentioned that not all ad agency producer jobs are the same. So note carefully what will be expected of you when looking at ad agency job descriptions.

*But again, ad agency producer jobs will change from one agency to the next.

If you want more artistic input in your job, look for an employer who lists specifically a creative producer job description or states that they need a hybrid creative director-producer.

If you enjoy more the management side of things, look for a job that will allow you to do so.

And in case you were wondering…

While ad agency producer jobs can be mercurial in nature, there is a lot of overlap between them and that of a production producer or film producer job description. It’s common for creatives in the film industry to cross over into the commercial world and vice versa.

While a film set and commercial set are not one in the same, if you have a background in production, you already have a head start on candidates without on-set experience.

An agency producer is a vital part of any commercial shoot. From being the client-vendor liaison to managing the project from pre-production all the way to delivery, they are a key person who ensures that every moving part of the project moves in the same direction – towards success.

They often have the hard task of managing budgets against creative. And with budgets seemingly driving most creative these days, transparent collaboration is a must. In our next post, ABID President Danny Rosenbloom discusses the importance of transparency in spite of the ever-shrinking commercial budget.