The AICP Awards: What Are They & How to Apply 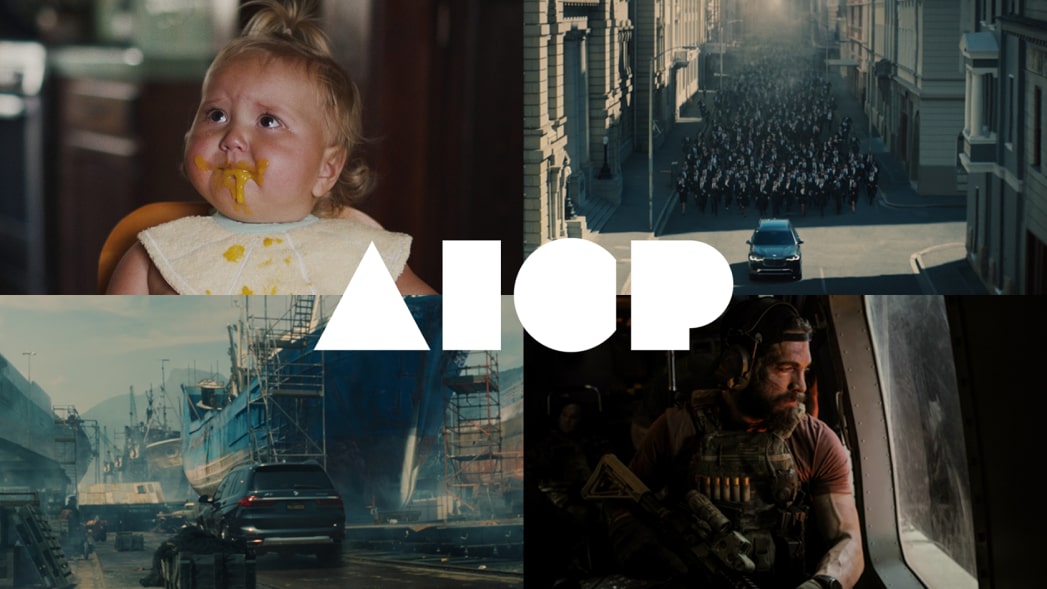 Working in the ad industry can sometimes feel pretty thankless. And commercial storytellers may know that feeling all too well. Luckily, there is a time and place to give them the recognition they deserve. The Association of Independent Commercial Producers (AICP) has been celebrating the craft of advertising for three decades. If there is someone you work with that might be overlooked, you can show appreciation by participating in the AICP Awards.

In this post, we’ll share what you need to know about the 2021 AICP Awards including all the awards entry deets.

What are the AICP Awards?

Unlike other trilogies, you won’t be lost if you jump to the middle or start wherever (looking at you, Lord of the Rings).

Awards ceremonies will air live during AICP Week on the AICP Awards website on July 27-29, 2021.

And the 2021 AICP Show Awards will air on July 29th at the same time, RSVP here.

Who will be judging?

All three chairs from the AICP Awards 2020 will return for the 2021 edition:

The AICP Awards are more than just the ad industry recognizing their accomplishments.

Each year, The AICP Show and The AICP Next winners are preserved in The Museum of Modern Art Department of Film’s archives for future generations to study and become available for exhibition by the museum’s curators.

To recognize the incredible challenges faced across society due to the pandemic, AICP created a special awards category for each show called Against All Odds.

Anyone applying as an entry to the 2021 AICP Awards can share a narrative describing the unique obstacles faced creating their entered work that might not be obvious after watching it.

Before we get into how to apply for the AICP awards, let’s dive a little deeper in each of the awards and their respective categories.

What are the AICP Show Awards?

The AICP Show Awards, The Art & Technique of the Commercial, honor the art of the commercial, recognizing all moving parts of commercial-making. The show is judged by over 400 advertising and production professionals. Work produced or aired from anywhere in the world is eligible for the Show Awards.

Case studies aren’t to be entered for Show. Only work that has been aired is accepted. “Air” can mean commissioned by a client, commercial release, on TV, theater, the Internet, mobile device, or another medium that can show moving imagery. *The exception to this rule is for the Student Commercial category. While that also has to have been produced during the eligibility year, it cannot have aired.

AICP categories for the Show Awards are:

Watch the 2020 AICP Show Awards winner for Advertising Excellence in a Campaign here.

What are the AICP Next Awards?

The AICP Next Awards focus on newer brand marketing plays from influencer to experiential campaigns. All applicants here were commissioned for a product or service, a brand, and also must appear on commercial media.

The Next Awards honor true innovation in marketing communication. They often select winners whose work turns convention on its side and uses new technologies in new ways to bolster creativity.

Case studies can be entered in the Next Award categories, excluding the Web Film category. There, the actual film is expected to be entered. Just like the Show Awards, the AICP Next Awards can come from anywhere in the world.

AICP categories for the Next Awards are:

The headline award, the Most Next Award - Best of Show, aims to honor the most innovative work of the year. It is chosen from among all of the category winners.

Check out previous recipients of the Most Next Award on the AICP Awards archives.

This awards show is for arguably the most overlooked contributors. The AICP Post Awards honor the best post-production work of the year. Creators receive recognition for their contribution across categories including editing, audio mixing, color grading, and visual effects.

Only work that’s aired will be allowed.

Additionally, AICP Post Awards include Best of Region winners for the best work from companies submitting in each AICP Chapter Region (East, Midwest, Southeast, Southwest, and West). Any work submitted not from one of those regions will not receive Best of Region consideration.

If you’re looking to mix up your post-production workflow, watching spots from the AICP Post Awards archive is a good place to start.

How to Apply for the AICP Awards

Check out the full eligibility requirements and entry fees.

Register and enter here; you’ll need to provide your project’s backstory and pay the award entry fees. Explore the AICP categories for each Award Show to get a better handle of where to submit your entry.

If you're on the search for inspir-ado, the AICP Awards Shortlist spotlights winning work from the AICP Post Awards, AICP Next Awards, and AICP Awards through a panel series.

Get a behind-the-scenes look at the production challenges for some of the 2020 winners by streaming the AICP Awards 2020 Shortlist (and give @AICProducers a follow to hear when the 2021 Shortlist goes live).

Perhaps there is someone you think deserves a little recognition? Be sure to nominate them before April 30. And don't forget to tune in July 27th-29th!

Or, if you’re ready to bid on your next commercial project, we’ve laid out best practices for how to fill out the AICP bid form.