New Commercial Production Agreement from IATSE and the AICP 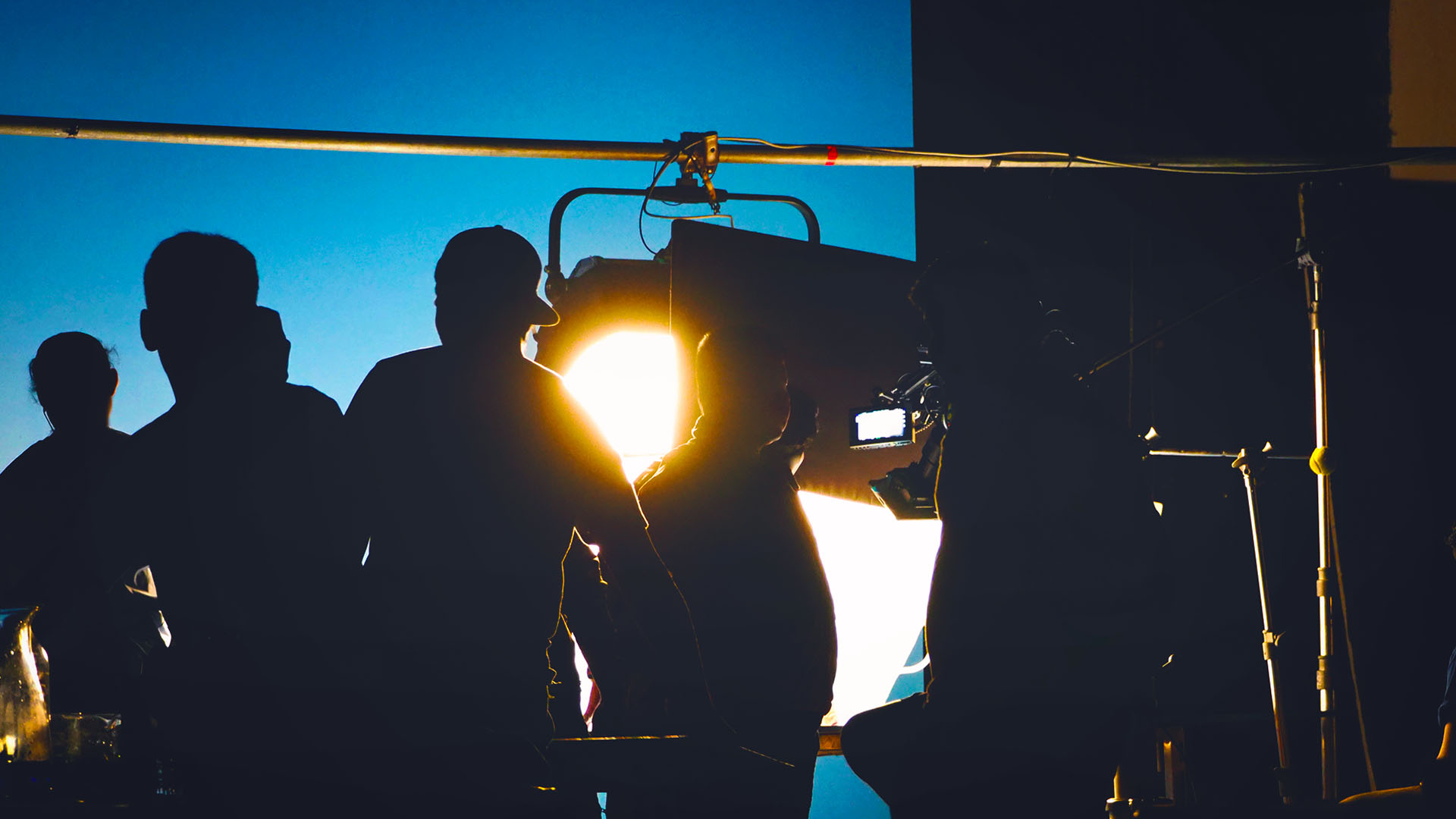 IATSE and the Association of Independent Commercial Producers have inked a new contract to regulate the physical production of TV commercials within the United States.

The new Commercial Production Agreement is dated October 7th, 2022, with an effective term retroactive to October 1st, 2022. However, the new Agreement’s wages, terms, and conditions are not considered to have been in effect until October 30th.

Below, we’ll break down the basics of the new Commercial Production Agreement and highlight a few critical changes that might impact your next shoot.

‍What is the Commercial Production Agreement?

The Commercial Production Agreement (CPA) is a contract that regulates the practices and working conditions of union commercial productions within the U.S. and its territories. The Agreement is negotiated between the International Alliance of Theatrical Stage Employees (IATSE) and the Association of Commercial Producers (AICP).

The Agreement addresses a wide range of topics, including day rate minimums, studio zone regulations, and crew member job classifications. In essence, the contract has been designed to cover every facet of production that might foreseeably affect the well-being of an IATSE crew member.

All signatory productions must follow the totality of the Agreement’s guidelines, both the new updates and the still-active portions of the original text.

However, there is an important catch producers should keep in mind.

Not all unions operate under the CPA

While the Commercial Production Agreement covers the vast majority of the IATSE workforce, some local IATSE chapters do choose to opt out of its terms. For their own reasons, these locals instead negotiate and maintain separate agreements with the AICP.

The list of these locals is a little too big to include here. If your production finds itself working with any unfamiliar local, double check that you’re operating under the correct contract with their representatives. A little due diligence early on could save you from wasted time, money, and headaches later.

The Commercial Production Agreement is loaded with modifications large and small. To help you cut through the noise, we’re breaking down the major changes to the new Agreement and highlighting those that matter most.

Please note that the following list is not an exhaustive catalog of the Agreement’s updates. We’ll hit all the biggest beats, but you’ll have to refer directly to the contract to explore its changes in full.

With that in mind, let’s start with every producer’s top priority: how the new Commercial Production Agreement will affect your budget.

The new Commercial Production Agreement updates wage rates and wage increases over the next three years. The first highlight is a one-time 3% increase of wages across all IATSE crew positions. This increase has been made in recognition of the current financial state of the U.S. and has been in effect since October 30th, 2022.

Note, however, that this initial wage bump is not considered part of the regular annual increases. Rather, the new Agreement stipulates that an additional 3% wage increase will be implemented for the year 2022.

If you’re calculating these new wages for yourself, double check your math. Two separate raises of 3% do not equal a total wage raise of 6%. The correct amount can be calculated by first increasing current wages by 3%, then adding another 3% to wages based on the total number from your first calculation.

The resulting amounts will be accurate through next October. At that point, another 4% wage increase will be instituted for 2023. The new Agreement mandates a final additional 4% wage increase at the same time in 2024. After 2024, IATSE and the AICP will likely convene to negotiate a new contract.

Along with scheduled wage increases, the approved minimum wage has also been raised to $50.28/hour. Several positions that previously fell below this threshold are to have their wages automatically bumped to meet the new requirements.

In parallel to the scheduled wage increases, the new Commercial Production Agreement also raises the amounts productions must contribute to some IATSE Pension & Health plans.

For the IATSE National Benefit Funds and local plans, productions should immediately add $6.00 to the current contribution rate for each day worked per crew member. An additional $6.00 should be added to the resulting amount in 2023, followed by yet another additional $6.00 in 2024.

If you use Wrapbook, these changes will be added to your payroll calculations automatically. Wrapbook is constantly updated to meet the latest union regulations and keep your productions in compliance. Wrapbook strives to make payroll as fast, easy, and efficient as possible for producers everywhere.

One of the biggest changes to the Commercial Production Agreement is the addition of a new signatory designation. Known as the “Bona Fide Production Employer” (BFPE), this new designation has been created to help alleviate a challenging issue with production services companies.

Allow us to explain.

In short, some production companies avoid becoming union signatories by having a production services company cover their signatory requirements for a single shoot.

The Bona Fide Production Employer designation is intended to disincentivize this strategy by creating a separate set of rules for production services companies. The AICP and IATSE have decided to add a supplement to the main Commercial Production Agreement with regulations that are less advantageous to producers.

This supplement will be offered to production services companies in lieu of the main Agreement.

Note that this supplement means production services companies will not be considered BFPEs. Only producers and production companies that have signed onto the full Agreement will be designated as Bone Fide Production Employers.

The idea is that separating BFPEs from supplement signatories will make the production services workaround more expensive and, therefore, less appealing to production companies. These production companies will not get the preferred terms of the Agreement and will incur higher crew-related expenses as a result.

For example, the supplement to the Agreement contains different regulations for travel time. Supplement signatories will end up spending more money than necessary on even basic transportation.

The intent is that production companies will now have to pay a slight premium to avoid becoming union signatory as a BFPE.

The new Commercial Production Agreement significantly alters its list of union-sanctioned job classifications and related regulations. Job titles have been added, eliminated, updated or modified. The full list of changes is beyond the scope of this article. Instead, we’ll talk about some general trends that can help guide your thinking.

A few job classifications have been officially added to the roster. The “Teleprompter Operator” and “Assistant Costume Designer” both make their first appearances in the Commercial Production Agreement with the new contract.

Notably, teleprompter operators have been covered by the Agreement for many years, but this is the first time that the actual job title appears in the wage scales.

Some job classifications have been eliminated altogether. Note that this simply means that old job titles have been removed from the list, not that the jobs themselves are literally gone.

For example, entry level positions for lighting technicians, grips, and costumers have all been removed. However, the personnel previously filling these roles will be upgraded to the next listed classification within their department. They’ll still be doing their jobs, but under a different title.

A handful of job classifications are being changed directly. The “Lighting Gaffer”, for instance, will officially become the “Chief Lighting Technician”.  Similarly, the “2nd Costumer” will officially become the “1st Assistant Costumer. These and other modified job titles clarify departmental hierarchies to better correspond to the CPA wage rate table and the evolving realities of contemporary production.

Additionally, some job classifications have been modified to reflect a more gender-neutral status. The “Lead Man” and the “Foreman”, for example, are now officially the “Lead Person” and the “Fore Person” within the Commercial Production Agreement.

For a complete list of job classification changes, be sure to check out the full Memorandum of Agreement for the new CPA.

The new Commercial Production Agreement contains a multitude of miscellaneous changes to its predecessor. Most of these modifications represent simple language alterations that are unlikely to impact you or your production company. However, there are other small changes that may affect your next shoot.

To illustrate, here are a few quick examples pulled from the new Agreement:

We won’t be covering these minor changes in-detail because the contract itself explains them most succinctly. However, for that same reason, we do suggest that producers glance through the Memorandum of Agreement before their next production. While most of the Agreement will not impact your day-to-day activities, a little homework now can save you time and money later.

Note that this post only covers the most recent Commercial Production Agreement.

If you need more resources to get started on your next commercial job, check out our next post on how to fill out the AICP Bid form.

As a payroll company, Wrapbook is up-to-date with the latest labor laws and union regulations. You're too busy to deal with the stress of deciphering all the ever-changing legalese to keep your production compliant. Get in touch with your payroll people to ensure you're covered.  For more info on how Wrapbook keeps productions compliant, drop us a line or review a pre-recorded a demo.