What is the Thirty Mile Zone? 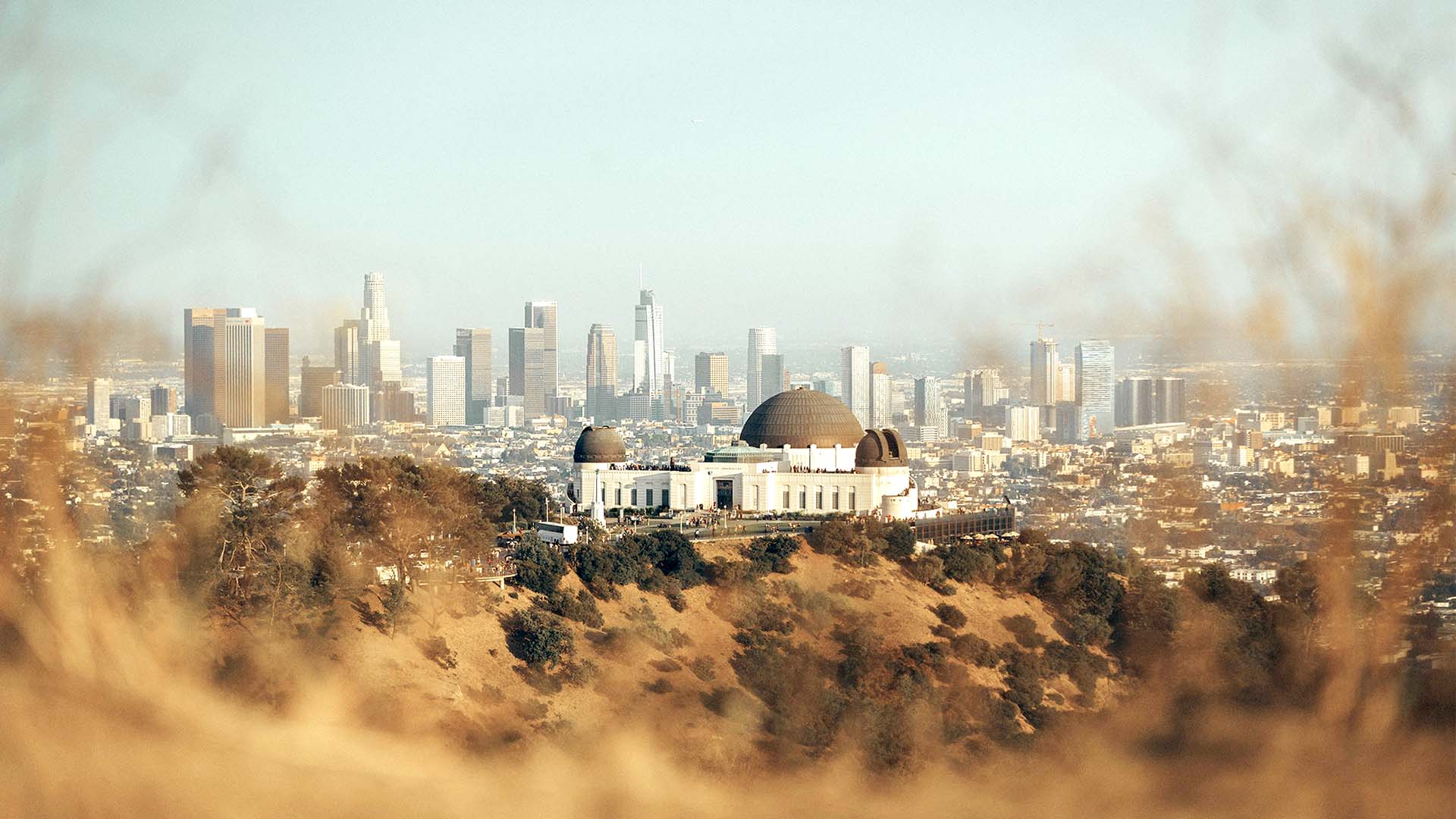 Los Angeles is the epicenter of the entertainment industry. Given that there’s over five-hundred square miles of it, though, the thirty-mile zone has become an imperative measurement for those who work in that industry.

What we’re talking about is the 30-mile zone as it specifically relates to entertainment production work. People in “the business” might also call it the studio zone, Hollywood zone, or LA county zone.

What it boils down to is determining via the thirty-mile zone map if cast or crew members are legally entitled to perks, financial or otherwise. Because of the distance they must travel to work on a production, should they be receiving additional considerations.

That’s exactly what we’re going to find out, so let’s learn more about the 30-mile zone and how it might affect your shoot!

What is the thirty-mile zone map?

To begin, it’s not only the inspiration from which the celebrity gossip show TMZ got its name.

Long before Harvey Levin and his crew came along, the thirty-mile zone map was part of the entertainment scene.

The Thirty Mile Zone is a thirty-mile radius from the center of Los Angeles. Outside of this particular zone, producers must pay transportation costs to cast and crew.

However, the earliest version of the 30-mile zone map wasn’t actually a 30-mile zone at all. The first LA county zone map covered a six-mile radius from the intersection of Rossmore Avenue and 5th Street. For the curious, that’s just south of the Hancock Park neighborhood in an area referred to as Central LA.

But by 1970, the center of the studio zone had shifted to the intersection of Beverly Boulevard and La Cienega Boulevard, which sits right at the Beverly Center in West Hollywood. Why that particular intersection?

At the time, it was the headquarters of Alliance of Motion Picture and Television Producers or AMPTP.

Some areas that technically lie outside of the Hollywood zone map but are currently part of it include:

These regions were added to make the greater Los Angeles area financially competitive for productions. As other cities such as Atlanta and Austin have become more affordable production hubs, the thirty-mile zone has expanded to keep up with them.

That being said, producers may still be required to provide lodging for cast members pending the distance they have to commute to get to any one of the above regions.

Why was the thirty-mile zone created?

The thirty-mile zone map has changed over the years, as well as its implications for production casts and crews. Since its inception, though, the studio zone was created to protect the people working on those productions.

We joke about the daily grind of LA traffic, but that’s exactly why the Hollywood zone map was created. Hours on set are long enough on their own, but imagine having to drive 100 miles or more to get to that set – without pay!

Given the frequency of production shooting outside of LA proper, that could easily add up to hours of commute time with no compensation for it.

What if an actor or crew member based in LA is asked to work a shoot in Denver or Baton Rouge? Consider the costs of travel and lodging just to be a part of that production if producers decide to not hire locally. Again, this is why the LA county zone map was put into place so that casts and crews don’t have to clear out their bank accounts to book a gig.

Instead, should any of the above scenarios or similar occur, it’s the producers who are on the hook. They must pay those individuals for their commute time, alter their total daily work hours to account for that time, and provide travel, lodging, and per diems if necessary.

When was the thirty-mile zone created?

Would you believe that the 30-mile zone has already been in place for more than 85 years? That’s right. The first formal iteration of the LA county zone map goes all the way back to 1934.

At this point in cinema history, the major movie studios had already built huge production lots to help prevent the need for films to be shot far away. In fact, one of the main reasons Los Angeles was chosen by the early film industry was the large number of different location types readily available. Forests, plains, mountains, and oceans were all close by.

That being said, it was already clear to film unions that mandates needed to be put in place to protect casts and crews. Travel was much harder back then as well -- our modern interstate system wasn't built until the 50's. Hence, the Hollywood zone map.

What does the thirty-mile zone mean for you?

Now that we’ve sorted out what is the 30-mile zone, it’s time to dive into why you should know how that 30-mile zone may impact your work.

Multiple unions, including SAG-AFTRA, IATSE, and the DGA, have rules in place regarding compensation and other considerations should a production be shot outside the studio zone.

So whether you’re part of a union that has thirty-mile zone map stipulations – or you’re hiring people who are – it’s key that you understand the implications of them.

For cast and crew

Hey there, talent! If you’re part of SAG, good news… You may benefit from the Hollywood zone map. If you book a gig outside of the studio zone, be sure to confirm that you’ll be receiving all required perks, such as covered travel, lodging, and meal expenses.

Remember when we mentioned the regions annexed as part of the LA county zone map? If your production is shooting in one of them, you may still be entitled to certain considerations like lodging.

Discuss what if any compensation you will receive with the producer(s) on the shoot before agreeing to the gig.

Sidenote: We’ve covered what is the 30-mile zone for LA, but SAG actors in New York City are also covered in some instances! NYC is likewise a hub of production activity, so it has its own “thirty-mile zone” that is actually an eight-mile radius originating from Columbus Circle.

So no matter what coast you might be on, if you’re a SAG member, know ahead of time if you are eligible for any thirty-mile zone map considerations to ensure that you receive them.

If you’re an IATSE member, make sure that you’re also getting appropriately compensated for any production that shoots outside the Hollywood zone map.

It’s not necessarily your job to know the ins and outs of what is the 30-mile zone. That’s in part why you belong to a union in the first place, but it never hurts to familiarize yourself with the basics of the studio zone anyway.

Just like SAG members on the East Coast may benefit from NYC’s version of the studio zone, IATSE members should be aware of secondary studio zones that may operate for areas in both Orange County and San Francisco. What is the 30-mile zone can absolutely apply outside of LA proper depending on the production.

In short, you can make more informed decisions for each potential gig outside the LA county zone map when you know what you should be owed for that gig and if it’s worth the travel.

It’s a lot to think about… Especially when you realize that each union has its own rules regarding the Hollywood zone map. You don’t want to let go of that perfect location, but what will it mean for the budget.

While it’s fundamental as a producer to know what is the 30-mile zone, that doesn’t mean you need to be the one calculating and tracking every expense that might come with a production that takes place outside of it.

Let Wrapbook help. With our payroll estimator, we can assess your costs according to the most updated thirty-mile zone rules for each union. And our payroll company experts are always available to answer any questions you might have about the studio zone.

More than one-hundred years after the start of cinema, Los Angeles remains the epicenter for entertainment production. For these very reasons, what is the 30-mile zone is a vital question with a critical impact for those who work in the industry.

No matter your role in it, understanding the monetary bottom-line of the thirty-mile zone map is fundamental for you, your financial life, and the success of your production. If you want to learn more, next, we're digging into Everything Producers Need to Know about SAG Studio Zones.