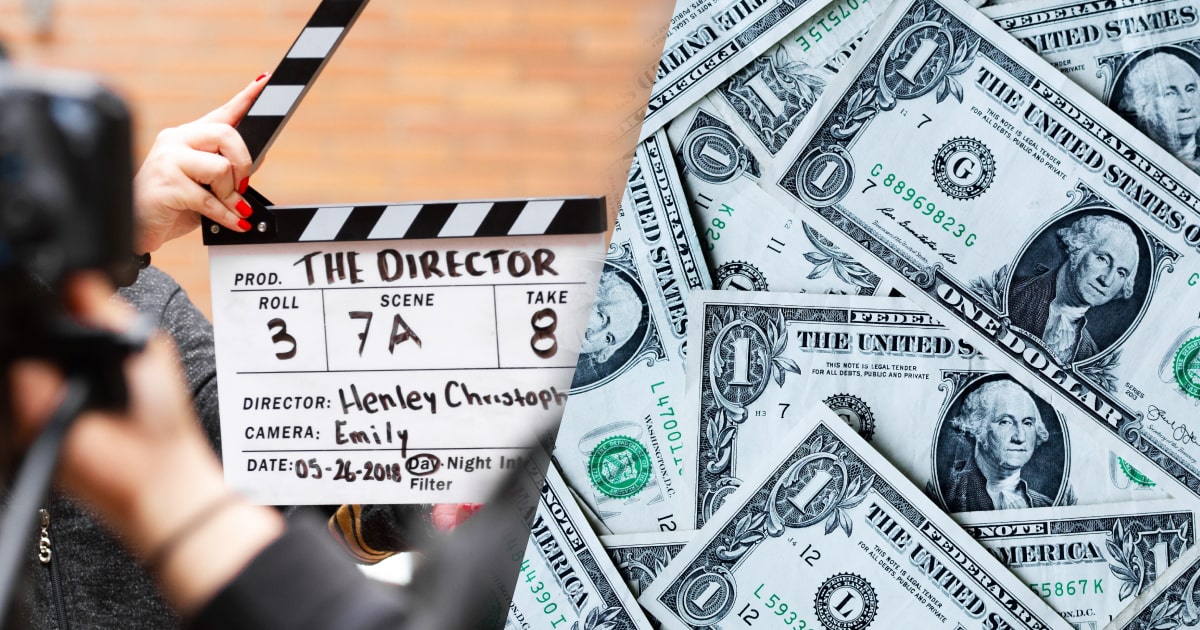 One of the first decisions you’ll have to make as a producer on a project is deciding whether or not to hire DGA directors. Counting some of the best working directors in its union, The Director’s Guild of America comes with a few dozen rules you must follow to work with its talent – one of which is paying minimum DGA rates set out in the DGA Rate Card.

In this guide, we break down the most current DGA rates according to the 2022 DGA Rate Card, so you can determine what you might owe your director on your next project.

Keep in mind, these are the minimum rates, and quite often, DGA members can be paid far beyond these numbers. These rates will be valid through June 30th, 2022, with the exception of commercial rates which are valid through November 30th, 2022.

What are DGA rates?

DGA rates are the minimum amounts of money the Directors Guild of America will allow its members to work for on a given project. DGA rates depend on the type of production you’re producing, your schedule, as well as your budget.

Unlike SAG rates, DGA rates are far more than just a set price for a week or day. Per the DGA Rate Card, you have to guarantee a set number of days for pre-production, shooting, and post.

Under most DGA contracts, you pay a lump sum for the entire production process. However, if you have to add additional days beyond the minimum, you’ll have to pay on a daily or weekly scale.

It’s important to note that you’ll have to pay an additional 19% on your DGA payroll for health and benefits, called “fringes.” You can see the new pension and health plan numbers here.

HAVE A PRELIMINARY BUDGET READY

Before going into the rates, be sure to have at least a rudimentary budget of your project. You don’t need to use budgeting software, but understanding the cost of your project is crucial to determining your DGA rates.

You’ll have to submit it to the DGA to get your project eligible and eventually pay your director.

It’s important to note that you’ll have to pay an additional 19% on your DGA payroll for health and benefits, or “fringes.”

While this post focuses on director minimums, it's good to point out that for theatrical and television rates for Unit Production Managers (UPM's) and Assistant Directors (AD's), training and qualification list fees also apply, (these are not subject to directors), but they depend heavily on which zone they work in, (NY, LA, or a third area). For the specifics here, we recommend consulting the DGA directly.

Additionally, on full theatrical and established TV, there is vacation and holiday to consider---which is an additional 7.719%, (where 4 % is vacation and 3.719% is holiday). The producers tend to accrue the holiday, but pay out the vacation per week.

As you can tell, the contract language here can often become confusing and widely varied, so always consult with the DGA first. You can see the new pension and health plan numbers here.‍

If you’re producing a film, then look no further than the DGA Theatrical agreement. Here, you can find DGA rates for films across a variety of budgets.

Like SAG rates, the DGA minimums are based on the budget of your project. Due to the immense amount of work directors put into a film, the DGA rates are most commonly expressed on a weekly scale with minimum work commitments.

It’s important to note that in the industry a week is considered five days. If your production goes beyond five days in a week (which does happen), you’ll have to pay your director in accordance with state overtime laws.

If you’re making a studio flick, then chances are this is where you’ll find your DGA rates. Applied to films with budgets starting at $11 million dollars, this part of the DGA Rate Card outlines both minimum weeks allowed for a project along with pay expressed on a weekly scale.

If you’re making a short or documentary, this is also your contract, regardless of your budget. You can download the DGA rates here.

For unit production managers and assistant directors, rates are:

Once you drop a dollar before 11 million dollars, your project falls into a “low budget” DGA production (I know). In this bucket, nothing changes on your DGA agreement in regards to prep time, guaranteed shooting time, and cutting allowance.

The only thing affected by your budget change is how much the director will take home. The weekly salary is 10% less than it would be on the basic DGA theatrical contract, also reflected in the compensation beyond guaranteed work and daily employment rate.

UPM and AD rates for this budget range are:

Like the DGA Rate Card for 2022, the DGA rates for levels 4A and 4B are identical. If your project falls between 3.75 and 8.5 million dollars, you’ll have to pay your directors 25% less than they would make under the basic DGA theatrical contract.

Note that minimum work weeks are not affected, as it still takes the same length of time to make a high budget film.

However, those are just the minimum number of weeks set forward. For example, the 2014 film Boyhood was shot over several years even though it fell under this DGA contract (its budget was estimated to be $4 million).

Unlike the DGA Television rates, Level 3 doesn’t set a specific program rate, prep period, or even a DGA rate for work beyond a guaranteed commitment.

Instead, for films with budgets between 2.6 and 3.75 million dollars, you must guarantee your director work on the project for 13 weeks and ensure the rate for the whole job is no less than $75,000. The minimum compensation for a Second Unit Director is $1,500 per day.

If your film’s budget is under 2.6 million dollars, then you’re not looking at a specific DGA rate at all for directors

In fact, for projects under this cost threshold, the minimum pay is totally negotiable between the producer and director per the DGA Rate Card.

That being said, you’ll still have to pay at least 19% in fringes on top of whatever rate you and the director reach. In terms of editing, you must also provide the same number of days for the director to supervise an edit as the director took for principal photography.

In television, there’s more work keeping DGA directors busy than ever. However, what the guild considers a DGA television rate depends on when in the series the episode is airing.

Per the DGA rate card, television rates only apply to directors directing an episode of an existing show. Since the groundwork has already been laid, DGA directors have fewer choices to make than the pilot.

For this reason, the DGA broke directing pilots out into its own category.

So if you’re not producing a pilot, these are your rates.

Since networks have been around television the longest, they have their own special rules and regulations. Whether you’re dealing with SAG rates or even crew jobs, the rates for working on a network show are often higher than cable.

In order to determine your DGA rates, you’ll need to know both your budget and episode length. While the DGA Rate Card refers to “dramatic programs,” there isn’t a separate rate card for comedies.

*Production fee is payable to 1st Stage Manager only.

The minimums for other than prime-time dramatic programs:

If you’re not working with Fox, NBC, ABC, or CBS, then your television rates will fall squarely in the cable / non-network camp. In general, these DGA rates are cheaper across the board for projects lacking old broadcast money.

Beyond that, the DGA Rate Card for non-network television shows are very similar. The amount of prep time and guaranteed shooting are nearly identical. “Dramatic” still means scripted narrative. Download the updated rates.

Making a television pilot is an extremely laborious process. Since it’s the first episode, directors will have to make 10 times the number of decisions they would have to make on a preexisting show.

It’s part of the reason why directors get executive producer credit on shows when they direct the pilot.

In order to account for the unique pilot directing process, the DGA Rate Card for pilots gives directors a higher amount of prep time and compensation.

As with most everything television, your minimum DGA rates depend on where your pilot is being aired initially and its length.

As with most DGA rates, network rates are always higher than cable. For network pilots, DGA directors must receive a flat rate for their efforts, increasing with program length.

Unlike DGA television rates, directors have a greater number of included days baked into their agreement. Additional days cost a few thousand dollars more as well.

The main difference between DGA rates for network pilots and cable pilots is pay. Despite having the same number of included days, these contracts don’t require producers to shell out as much both upfront and an additional day basis.

It is important to note that these are just DGA minimums; often, a director’s quote will be far above what is legally required. People like David Fincher aren’t working with Netflix for nothing.

Some commercials are shot over several weeks. Others are shot in a few hours.

When it comes to DGA commercials, the DGA Rate Card is simple and easy to understand. Regardless of the commercial’s scale, the DGA commercial rates for directors must be at least $1,573 for the day or $6,292 for a 5-day week.

Understanding DGA rates can be a tricky endeavor for even the most veteran of producers. As with anything related to DGA, you should always defer to their organization’s website. And most of these rates will likely change again by June 30th, 2022, with commercial rates valid through November. Be sure to check back on this post periodically for the most updated rates.

If you’re curious about other union rates, be sure to check out our updated SAG Rates for 2022.