The Essential Guide to SAG-AFTRA Rates 2022 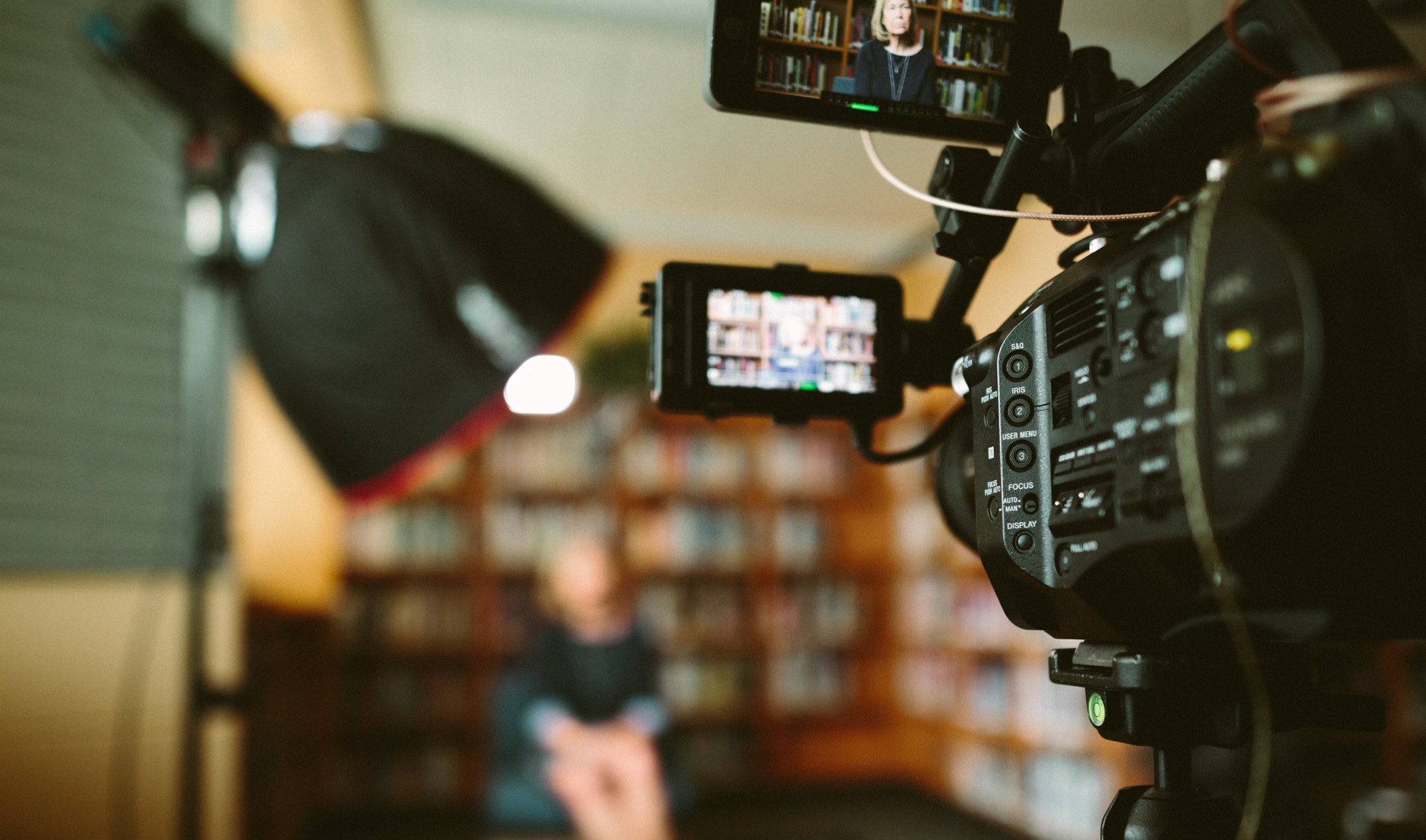 Whether you’re making a feature or a commercial, one of the first decisions a producer must make is whether or not you’re going to cast SAG actors. While made up with some of the best talent in the world, working with the Screen Actors Guild comes with its own set of rules. And perhaps the most important rule is paying SAG rates.

At its core, SAG rates are the minimum amounts of money talent must make for a given production. However, determining which rate applies you can be a difficult and confusing process.

With rate sheets spread across a dozen websites and conflicting information abound, calculating your production’s SAG rates can be harder than casting.

Luckily, we’ve put together this comprehensive guide, breaking down the SAG rates of 2022 so you can determine what you might owe for a principal performer.

What are SAG AFTRA rates?

SAG-AFTRA rates are the minimum amounts of money the Screen Actors Guild will allow its members to work for on a given project. Offered on both a daily and weekly scale, SAG rates are often determined by the project type, budget constraints, and distribution plan.

Using this information, you can determine which SAG “agreement,” or contract, your production falls under. From there, you find the fees.

Hiring talent on SAG weekly rates (5-day basis) does result in a per day discount. However, that does mean you’ll have to pay for the rest of production on those days too.

It’s important to note that you’ll likely have to pay up to an additional 20.5% on your SAG payroll for health and benefits, called “fringes.” However, depending on the agreement, this percentage will fluctuate. See the specific agreements below.

HAVE YOUR BUDGET HANDY

Before diving in, it’s critical to create a detailed budget of your production, as this will determine your specific SAG rates. Plus, before you can even roll the camera, you’ll have to submit both a budget and a copy of your screenplay to SAG.

The SAG AFTRA Theatrical Rates of 2022

Making a feature film with SAG talent? Then your production probably falls under a SAG AFTRA Theatrical Agreement.

SAG Theatrical Rates apply to actors performing in films across a variety of budgets. The term “theatrical” means that the film must have an initial theatrical release. If you’re producing a film directly for streaming, you might fall under a New Media Agreement. Although in the age of streaming, the term can carry a different meaning.

Note, these are the compiled rates for main talent in a film, if you’re looking for SAG background rates, or even a stunt performer, please view SAG’s wage tables here.

SAG’s Basic Theatrical Agreement applies to films with budgets greater than $2,000,000. While premium talent is usually paid far above the SAG minimum, this is the rate actors can expect to make on a low budget studio project or a moderate indie film. The SAG day rate is $1,056, and $3,564 for the week.

If you’re working with some actors who aren’t in the guild, don’t worry. Under this agreement, those actors are allowed to work with a Taft-Hartley agreement, as with most SAG agreements.

The SAG MODERATE Low Budget Agreement applies to films with budgets between $300,000 to $700,000. The SAG day rate is $370, while the SAG weekly rate is $1,282. Non-union actors are allowed, while background actors are not covered.

While this agreement may seem like it perfectly applies to your film, it’s important to note that you need to release your film initially in theaters to qualify. If your film is released directly to a streaming service, like Hulu, your SAG scale rates might fall under New Media.

Despite having three low budget options, the SAG Ultra Low Budget Agreement only applies to films (and short films) that are $300,000 or less. While there is no weekly SAG scale for “ultra low budget” projects, the SAG day rate is $211.

If you’re looking for a SAG short film agreement, this is likely the right place to start.

SAG Short Project Agreements cover films that have total budgets less than $50,000 and a maximum running time of 40 minutes. (Note: This does not apply to episodic nor animated projects.) Unlike other SAG day rates, actor salaries are completely negotiable.

And unlike other SAG AFTRA Theatrical agreements, you don’t need to ensure a theatrical screening under this agreement.

Films made under this pact can be released at film festivals, on free-streaming sites like Vimeo or YouTube.

SAG Student Film Agreements cover films with budgets less than $35,000, a maximum running time of 35 minutes, and producers that are currently students at an accredited U.S. university. Like the SAG Short Project Agreement, there isn’t a set SAG weekly scale or even a set day rate – it’s negotiable.

While a theatrical release isn’t required to qualify, there is a fair amount of paperwork needed to fall under this contract.

The SAG AFTRA Television Rates of 2022

With streaming giants like Netflix and Amazon Prime entering the scene, there’s more television work for SAG actors than ever. However, calculating your SAG rates for TV is by far the most confusing.

Unlike SAG agreements for film (where everything is determined by budget), in the world of television, rates are determined by the number of episodes you’re going to create, and more often than not, the episode’s length.

If you’re making a television series that’ll go directly online (ala Netflix) and your budget is under a million, then you’ll want to check out New Media.

But if you’ve got a penny more, you’re in the right place. Here are the 2022 SAG rates for performers in television. We should note that these rates are for performers of cable and streaming shows. For network shows, producers should plan to budget an additional 15 percent.

PERFORMERS IN ONE EPISODE

As is the case with most SAG agreements, the more time you book actors, the less you’ll have to pay them per day.

MAJOR ROLE PERFORMERS IN ONE EPISODE

However, if your major role performer is appearing in an episode within the first season of your show, it’s possible you may only have to pay the regular rate for a performer (above).

Performers under Multiple Programs Agreements is a contract that applies to actors who are shooting multiple episodes of a show within one week. If you’re producing a daily talk show or variety show for streaming or cable, this is your pay bracket.

If an actor appears in less than half of a season’s episode order, talent would then be classified as a major role (guest star). Note that the SAG rates increase the less an actor appears, as those actors will be working less weeks and therefore less net pay.

The SAG pay scale for Series Regulars on 1 hour shows functions exactly like 1/2 hours. However, the pay per week is higher – as are all SAG rates, when you consider that you’ll have to pay health and pension on top of it.

The SAG AFTRA Commercial Rates of 2022

Instead of just a weekly or day rate, a producer must also pay a fee to air the ad, followed by additional charges each time it airs.

In short: the more times a commercial is aired, the more a SAG actor makes.

However, SAG offers different agreements that allow producers to essentially “buy in bulk,” depending on where the commercial will be airing.

These SAG commercial rates became effective in April of 2019 and are valid for three years. Set to expire March 31st, 2022, we will update this section accordingly.

In addition to these rates, commercial contracts will require a 19-19.5% pension and health contribution. Though, see pdf for specific discounted rate.

It’s likely also your SAG agreement, if you’re shooting a wild spot. Unlike national or cable ads, wild spots are commercials that air in over twenty specific cities.

Wild spots are used for products and services that only exist in certain cities–you wouldn’t air an In-N-Out commercial on the east coast. Instead of airing on a set network, wild spots only air on specific stations and markets.

While not as popular as Class A, the SAG Commercial Agreement Class B applies to commercials that will air in six to twenty cities.

Unlike the SAG rates for Class A, you have to pay slightly more if New York City is one of your cities, which is why most opt for the first agreement. The 1st use rates are:

The least used of all three SAG Commercial Agreements, Class C applies to commercials that will air in less than six cities.

The 1st use rates are:

Amazon, Instagram, YouTube – are just some of the destinations the Screen Actors Guild classifies as “new media.” Whether you’re making a film or series, they both fall under this agreement as long as your budget is between $50,000 and $1,000,000.

If you’re producing a film, your project is now classified under SAG Theatrical Rates. With television series, you would now be classified as a basic cable show and held to that pay scale.

For New Media projects less than $250,000 (but greater than $50k), expect to pay performers a minimum rate of $125 per day. Like other low budget agreements, there’s only a SAG day player rate.

At this point, your project has crossed out of New Media and into its traditional counterpart. For films, you should refer to SAG Theatrical Rates. For series, SAG Television Rates.

Understanding SAG rates can be a tricky endeavor for even the most veteran of producers. As with anything related to SAG, when in doubt, you should always defer to their organization’s website.

For more on SAG compliance, discover how to budget SAG payroll.

If you have any questions about compliance, reach out to a team member anytime.