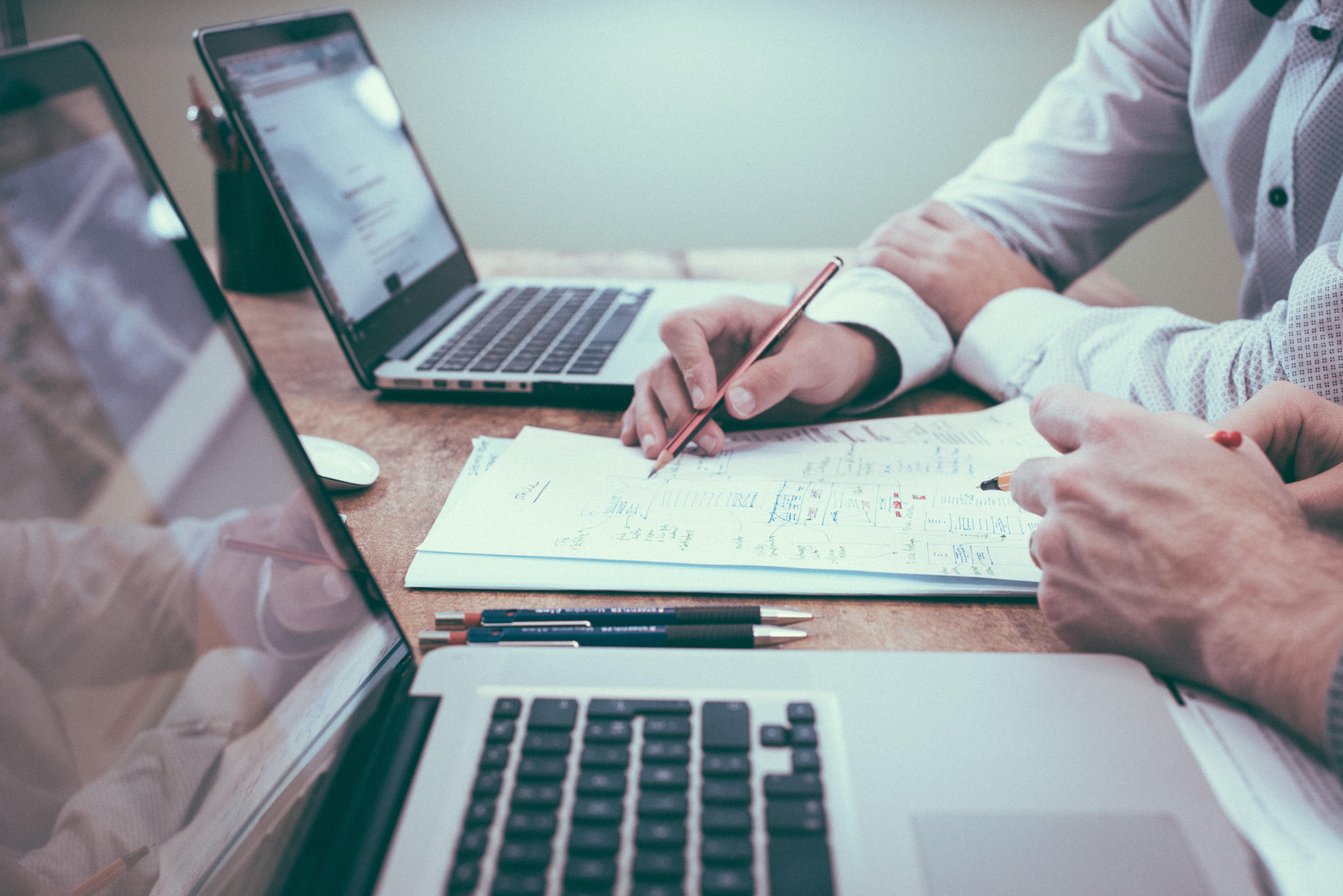 Knowing how to create a film budget is a tall order.

Sure, you could use Movie Magic or other budgeting software.

But when you're trying to get investors to finance your project, you may not have the money upfront for anything like that. And if you're an independent filmmaker, making room in your budget for software is probably the last thing on your mind.

So in this guide, we’ll do a film budget breakdown. This includes what your budget needs to cover when you’re looking for investors and what a more comprehensive budget entails once you’re greenlit. We’ll also go over our free film budget template that you can use to plan and track your expenses.

Let’s get into it.

Get a clearer view of your production team’s total expenses by downloading our film budget template.

How to create a film budget becomes clearer with our free film production budget template!

First things first, what makes up a film budget?

Yes, there are a ton of things that make up a film budget.

While you can slice and dice a film budget format in a hundred ways, a preliminary budget can include these categories:

When you’re putting together a preliminary budget to pitch investors, keep in mind you’ll need comps to your project’s genre.

For example, if you’re shooting a small budget documentary, you’ll need to share similar projects’ budgets and their results.

Next, you’ll need to develop a firm and trackable budget.

If you’re reading this, you probably understand the importance of developing and keeping track of a film budget throughout. But because budgeting it’s so critical to the filmmaking process, we’ll expand.

By tracking your budget:

Though specific expenses can vary by production type ---commercial, film, short, TV show, etc.; there is a commonality and universal reasoning behind why budgets are necessary.

Regardless of your project, you can tweak our film budget template to fit your production.

How to create a film budget?

I’m going to try to keep the cognitive dissonance to a minimum when answering “how to create a film budget.”

Let’s look at how to budget for a movie by working off our film budget sheet template and go category by category.

Our spreadsheet includes a dedicated pre-production budget template section to help. Here, you can track your ADs, DP, gaffers, and anyone else you need in pre-production.

Pre-production can easily turn into a long, unorganized, and expensive period. Scheduling well can save you days. Map out schedules for rehearsals, prep, scouting, and anything else that needs to happen before everyone gets to set.

Many films average roughly five pages of a film's script per day. Low-budget films can be a little craftier and have a limited number locations, and can sometimes even film up to 10 pages. When it comes to commercials, this will vary depending on if there is a script and the length of the shoot.

Specific crew may need more days to prep depending on your project, so run your proposed budget by a mentor or more seasoned producer to get a clearer picture (pun intended).

Check out our full pre-production guide to help you more with planning.

In this second section, you can add expenses and crew pay associated with filming days. Everything from craft services to police personnel is in play. In our template, we include an estimate section for day rates along with space to add in any overtime to monitor your actual expenses.

While OT can be cheaper than a full day, you’ll still want at least three pick-up days to shoot anything you weren’t able to get during principal photography in your film budget.

You’ll want to have an allowance for OT as it will end up being cheaper than adding an extra day of filming. Besides, even if you don’t need to use the entire allowance, you can likely put that budget to good use elsewhere.

3. Materials and expenses during pre-production and wrap

Casting, working meals, scouting, and per diems are some of the line items you’d include in your budget, also added in this template. But we’ve made this template customizable as these expenses will vary project to project.

Obviously, here’s where you’re factoring in the costs specific to your locations. You may need film permits to shoot in public, along with shuttles to get crew on site. Or, in some instances, for big-name talent, you might even need a trailer on location and a limo on stand-by for them. Of course, big-name talent aside, you’ll likely also have the expense of a trailer or two at base camp.

Your film may not require every extra to wear a Purge-style mask. Still, there may be per person costs you’ll need to consider as you fill out your film budget. If you’re working with animals, costs for animal handlers should be factored in.

Costumes cost money and while you’ll likely have to account for them in your budget, you may also have to account for various kit fees if approved for things like make-up kits and wardrobe kits if your production is actually making the costumes. Again, this will depend on a lot of different things and how and what you choose to charge.

Depending on your project’s specific budget and needs, you may decide to set money aside for dressing rooms, production offices, and any studio fees. For photo shoots, renting out studio space is common practice.

Depending on your project, you might need labor that includes a prop master, an art director, and a production designer.

Regardless if you have these positions or not, you’ll likely also want to track any department specific- PAs here.

This can be anything from paint, power drills, props, to even signage deterring random people from roaming around on set. This section of your budget will vary greatly and will be dependent on what’s needed but having clear and descriptive line items can help with planning during pre-production.

Everything from lighting to grip equipment needs to be accounted for; you can also include kit fees here. Kit fees will vary based on the equipment and project. Keep in mind, it’s far easier to plan for kit fees and not need to pay them out than vice versa.

Whether for dailies or rough cuts, you’ll probably want backups of the backups. Hard drives are a must and chatting with your post team early will help layout those appropriate costs.

Miscellaneous costs can really mean… well, anything. The examples in our film budget sheet template include background checks on talent and legal fees.

Here, you can also budget for the unexpected--- whether it’s a location falling through or an actor getting sick. Set aside 10% of your budget for unexpected issues, ensuring your contingency plan.

For loss and damage, you'll also want to set aside the amount you would need to pay to cover the deductible with your production insurance.

Here you can factor in how much of the director’s time you need ---from rehearsals to filming to other post-production related costs.

13.Talent costs and other fees

This is fairly self-explanatory. But if you are hiring union talent, you’ll have to factor in any union guidelines, plus any other fees that go beyond union minimum rates.

Talent airfare, ground transportation, hotels, and per diems are all things you'll need to map out depending on your project's budget.

Editing fees and expenses may be at play (depending on your project’s budget and script) such as:

Check out the template for more examples.

You’ll see this on the template--- this refers to anything you need to get your film across the finish line. This could be post supervision, closed captions, dubs, etc.

When you may need budgeting software

Just as there isn’t a one-size-fits-all answer to how to create a film budget, some projects may need budgeting software.

That said, a film budget sheet template can still help when you're planning out pre-production costs.

The costs of running payroll

When budgeting for a project, paying out all of these expenses can be a lot to manage. But more than that, and kind of ironically, one of the most obvious costs is the most overlooked. Forgetting to factor in the cost of running payroll could leave you in a bind when it’s time to wrap.

While some companies charge flat fees, others charge by percentages based on worker type. Wrapbook’s pricing for non-union workers as of 2021 is ¾’s of 1% of all wages paid, (though this number varies for loan outs, contractors, and union employees). But the general point is that it’s critical to know these costs well ahead of time.

A feature film budget will be far more intricate than shooting a short, so leverage your network to make sure your film budget makes cents… err sense. Run your numbers by an entertainment lawyer, sales agent, mentor, or anybody else you can trust to give you the truth.

And don’t forget to download a film budget template to help you craft your next budget.

If you’re a Hot Budget or Point Zero user, and happen to also be a Wrapbook customer, discover how you can export your actuals out of Wrapbook directly into your preferred budgeting solution.