What to Do When Your Production Gets Flipped 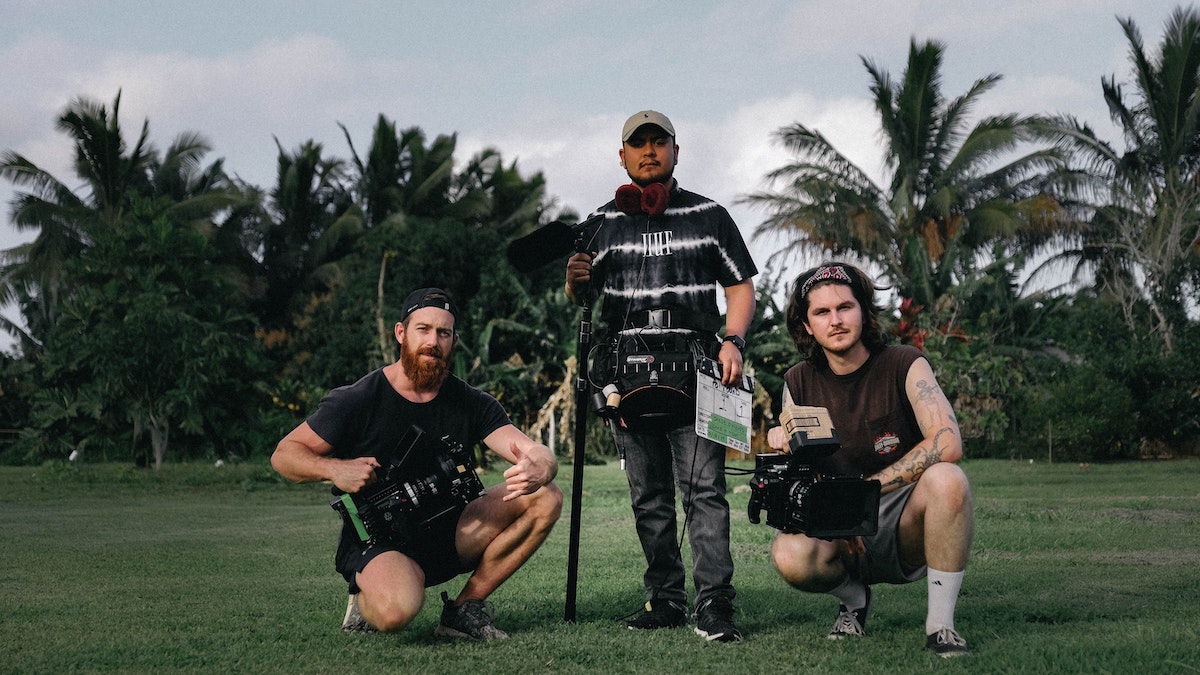 If you’re running a non-union production, you may eventually find yourself in the situation of said production “getting flipped.” And if this is happening for the first time, it might feel overwhelming.

So we wanted to cover a few obvious considerations if and when your production gets flipped, a bit on union grievances, and how to ensure smooth dealings between you and the unions.

What does it mean to get flipped?

Getting flipped means a project goes from non-union to a union-organized production after filming begins. Alternatively, a production “organizing,” is another way to say the same thing.

Keep in mind when a production “flips,” it usually involves crew members, often involving unions like IATSE or Teamsters.

“Above-the-line” unions (WGA, DGA, SAG) have different protocols. These unions are very active during pre-production, preventing this from happening during filming. Though, it’s important to note, it still can happen.

There are a ton of reasons why a project will be organized into a union production in the middle of a shoot. A union rep may have reviewed a production's situation, such as expenditures and production length, then determined the production needs to meet their collective bargaining agreement.

Here are a few scenarios that can lead to a production organizing:

If a union gets a phone call, they have a legal obligation to visit the production.

These are just a few things that can potentially lead to a production getting organized or “flipped.”

When your non-union production is about to get flipped, a union rep will arrive at the set and present their credentials to you or the other producers. They may even have a call sheet in hand, and will also talk to the individual crew.

When a certain number of crew (this will vary depending on the project) are interested in voting to organize, they’ll do a blind vote. The union rep will meet with the producer and offer them a deal depending on the medium (TV, movie, music video, new media, etc.) and budget of the project.

Now, let's say a crew member has an issue with the production, but ultimately it's been decided, (either by the producer OR the union itself), not to organize. A union rep may provide suggestions to the individual if there are any remedies available to them. For example, if a crew member got paid late, they can go to the state’s labor commissioner. Alternatively, that crew member might also walk out.

If your production’s getting flipped, you’ll need to work with union reps to make sure you have your ducks in a row. This can mean reviewing IATSE or other union agreements to ensure your production is compliant (along with becoming a signatory).

Keep in mind, if you're a producer working on a non-union shoot, the likelihood of a union driver spotting your massive prop truck is, well, likely. So it's always best to be honest right at the start.

So, your production’s getting flipped — what next?

You’ll need to review your project’s budget and cut costs somewhere. Perhaps, there’s a scene you were on the fence about and haven’t shot yet? Or gear that you were going to rent that’s now only “nice to have?”

Yes, this means revisions to your schedule, shot list, and perhaps even crew.

Then you’ll need to mitigate any other potential compliance issues. You can help ensure your payments are union compliant by using Wrapbook---auto-calculating union rates, proper tax filings, etc.

Ultimately though, being honest with the unions before you start filming, will likely result in less headaches later.

During pre-production, a producer decides whether they will make their project a union vs non-union film production. If a producer decides to go union, they should approach the union with their budget and desire to become a union signatory. The union will inform producers of which agreement they qualify for depending on the project’s budget and medium.

Signatories are companies that have executed bargaining agreements to work with union members. Production companies signed to union agreements are also known as signatory producers. This means you’ll agree to be compliant on film crew union rules around pay, benefits, meals, and pension.

Again, if you decide not to become a union signatory once the union crew vote to organize, union members can vote to walk out.

When you agree to become a signatory producer on a production that’s flipped, you’ll likely have 30 days to go back and apply the union agreement to the individuals you have on payroll.

Let’s say you hire a crew for three weeks. On week two, the union rep arrives and they vote to organize. You’ll have to revisit the first week’s pay within 30 days. That includes retroactively applying film crew union rules on scale payment, overtime provisions, and pension and health contributions. You’ll need to share your union agreement with your payroll services company and your payroll provider can take care of it from there.

If you need help applying updated payments to a flipped production (or any other project), reach out to our team to get squared away.

When you become a signatory midway through production, it will be a far less pleasant experience than approaching them during pre-production. Plus, if you’re honest with them during a flip, the union will be happy to assist with any questions compared to if you fight back.

Now, what happens if a signatory doesn’t comply with a reported union violation?

What are union grievances?

A union grievance occurs when a union member or representative reports a violation of their union’s rules. Union grievances are typically associated with IATSE and Teamsters as above-the-line unions have a different process for reporting union violations.

Here’s the deal though: a grievance can’t be filed until a union agreement is in place for a production. So a non-union production pre-flip or no flip at all, can’t have any grievances filed against it.

For example, an individual on set feels they have been shorted on overtime pay, didn’t get a meal break, etc. This individual should first go to the department head and tell them they didn’t get paid a meal penalty (or whichever issue occurred that violates their union’s rules). There is a good-faith assumption that getting shorted on pay was an accident if they are a union project. If the producers are unwilling to comply and that crew member wishes to file a grievance, they can report them to the union and report the grievance.

The union will do an assessment on the merit of the claim.

When a union believes it’s a valid claim and union grievance, here’s what can happen next:

1. The union calls the production and informs them, in a nutshell, that their team missed this and points to their contract. Then the producer will have time to respond to the union and resolve any issues to become compliant.

2. If the production team doesn’t provide back pay (or whatever compliance needs to happen depending on the violation), they will get a written notice within roughly 10 days of the previously mentioned call. The written grievance states the producers violated the union’s contract and has a window of time to comply.

3. If the producer(s) still doesn’t comply, the union will file the claim with Contract Services Administration Trust Fund (CSTAF). The grievance goes to a hearing. Two parties on each side hear the facts of the case and hopefully come to a binding agreement/settlement.

This hearing can take months to a year to occur depending on the union rep, union member, producer rep, and hearing officer's availability to attend. If a production team wishes to have an attorney attend, they’ll need to disclose that far in advance.

There is a grievance threshold ceiling depending on the union (15K in wages). If it exceeds that amount, the issue goes straight to arbitration. Anything below that ceiling can go to expedited arbitration and bypass the grievance procedure.

5. The producer then has a small amount of time to comply and pay that violation. Then, the grievance is at least resolved.

Depending on the specific situation, the fine can be less than the cost of hiring a union crew. In some cases when a grievance is filed, the fine can cover the lost union wages, benefits, and any expenses that include a union rep's time spent handling a matter.

What to do once a grievance is filed

Acting swiftly when a grievance is filed can work in your favor. Both the union and your production team can save time and money by coming to a verbal agreement way before any hearing takes place.

You or your production team will have to decide whether to adjust your budget or go into arbitration- or, take a more drastic measure, and shut your production down as you look for new crew and probably spend even more.

Again, honesty from the start will often make everyone’s lives much easier.

Like an AD quitting during production, getting flipped mid-shoot may not be what you expected.

However, how you respond and your ability to be honest with the union, makes the entire process much more manageable. You might even develop a rapport with specific union agents, making it easier for everyone involved for future projects.

If you want more union info, check out the latest on the Return-to-Work Agreement. For more general union information, take a look at our guides on union signatories and film unions and guilds

A list of upcoming film festivals to save. From all around the world, submit or simply capitalize on these future networking opportunities.

Take a deep dive into how technology is impacting the production cycle, from beginning to end, top to bottom, from the most exciting tasks to even the most mundane.