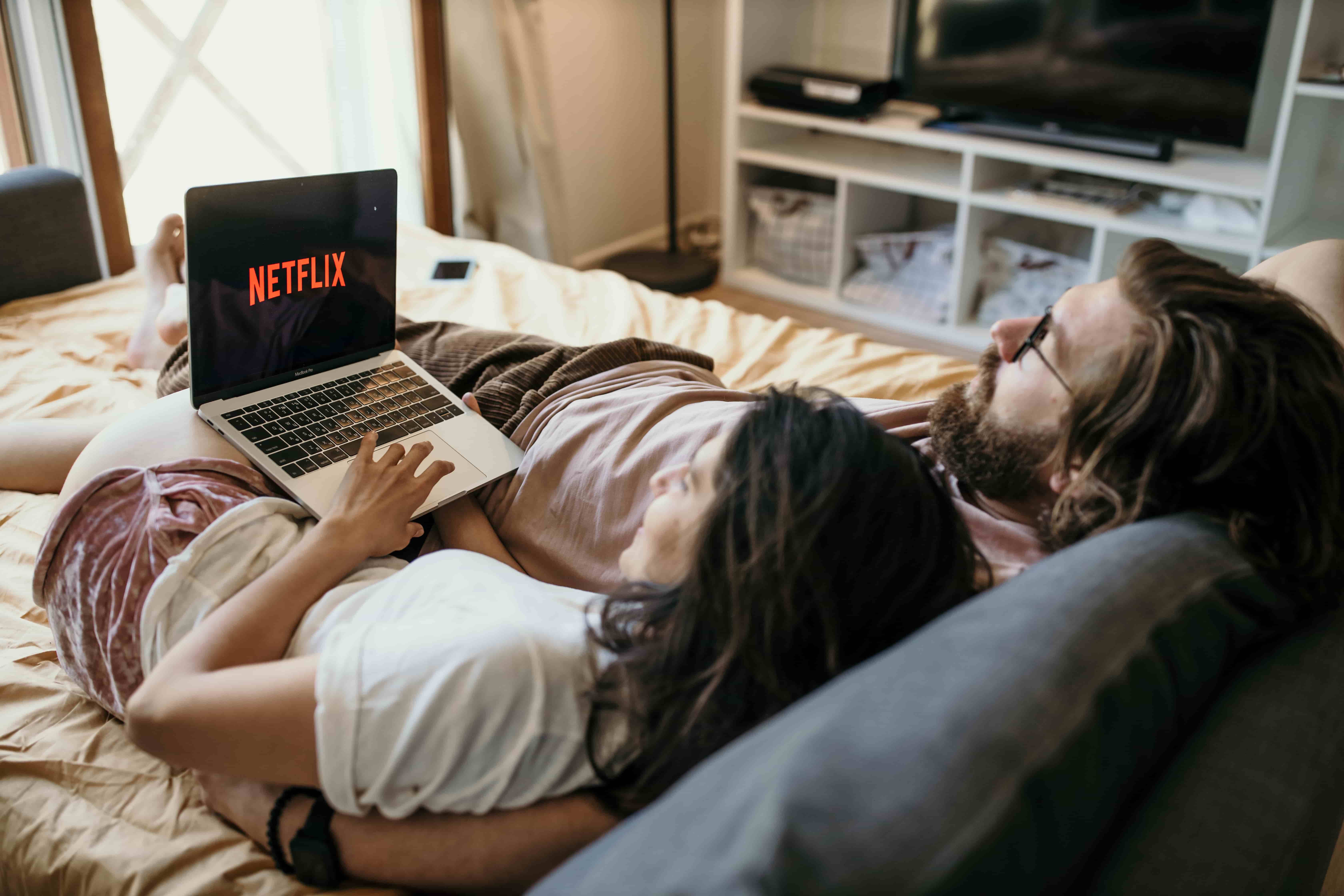 Whether you’ve just committed to a script or have a finished project in the can, a question you’re bound to have is “How am I going to release this?” Enter: film distributors.

A vital part of the production process, film distributors take your final project and unleash it on the masses – knocking down doors, partnering with movie theater chains, and developing marketing materials.

But finding the right film distributor for your project can be daunting, as is agreeing on contract terms that are, at a bare minimum, a win-win for both parties.

In this article, we’ll share how to find a great film distribution company and go through negotiations as smoothly as possible.

What are film distributors?

You’ve heard of these companies, but may only have a vague idea of film distributors’ responsibilities.

To put it simply, film distributors handle the release of your film. In other words, film distribution companies control the majority of the marketing for that film and the distribution to either specific territories or global rights. Distribution deals agreements can be specific enough to cover only Video on Demand (VOD) or theatrical release in a single territory.

So filmmakers may choose to sell VOD rights in Latin America to one film distribution company and retain the ability to self-distribute in the US. Then another agreement may be in place with movie distributors for theaters in China. Or a hundred other scenarios based on a film’s release strategy.

Film distribution contracts also specify a term length, or how long the distributor will have the rights to your film. Often the length can be 10-15 years.

Compared to film aggregators, film distribution companies take full rights over your project. On paper, that may sound nerve-wracking. But with any contract, you can review the full terms of an agreement and shop around before the pen touches paper.

How does a film distributor make money?

Some argue film distribution companies have a vested interest in your movie succeeding since they’re incentivized to get your film distributed as they do not charge a flat fee.

Instead, they ask for a percentage. For example, with a domestic theatrical release, US movie distributors may want 35% of gross revenues.

Now, how much you can bargain? Of course, all situations are different, but your negotiation power depends on how much risk the film distribution company is willing to take and if you have a perceived bidding war for your film.

That means working the festival circuit, scheduling private film screenings, and any other avenues to get your film seen by distributors. If an independent film distributor signs off after picture lock, they can see the full film and should know exactly what they’re getting themselves into.

How is a film distributed?

Depending on your release strategy, your film could go through different release windows. Windows is a term used to describe the periods of time a certain type of media can screen a film. Release windows might include:

The biggest opportunity with developing release windows is the ability to balance monetizing your film and ensuring your marketing covers each release window. For example, if your goal is to get on Netflix, having your film there will diminish transaction sales from sites like iTunes.

Or let’s say you want to see what happens putting your film up on Vimeo. You can potentially get more money per viewing on Vimeo based on their pay split. But if you have no built-in audience or marketing behind it, you’ve got a more uphill battle.

Getting the right film distributor fit

Ultimately, the film distribution company you select will depend on your goals for the content. Tiffany Boyle of Ramo Law PC, an entertainment law firm, puts it elegantly:

“Some producers might have expectations that are less concerned about getting money back. They are more focused on the reach so they want a wide release and reviews that bolster their future film career. For more financial goals and getting that money back, work with parties that are honest, fair, and may not necessarily look at a theatrical release.”

You may also want a film distribution company that has distributed a similar project to yours based on the genre, budget, and/or target audience.

While some independent film distributors may accept cold submissions from filmmakers, most will only review projects pitched by sales agents.

A sales agent acts on behalf of a producer to sell a project’s distribution rights. At film festivals, sales agents spearhead promoting the film and getting film distribution companies pumped to attend your screening.

Once you have interested distributors, check their credits. Call producers they’re worked with to get the low down on what it’s really like partnering with that film distributor.

Before working with any distributor, research what filmmakers they’ve worked with to avoid fly-by-night scammers.

As you’ll see by reading below, there’s a ton to look out for when working on a distribution agreement. Consult a qualified entertainment lawyer so you know fully what you’re agreeing to.

With a movie distribution company, you want a partner in crime. Check that your film distributor has a reputation for being transparent about their marketing expense fees and whether the fees actually reflect the level of effort they put in.

“Make sure someone will be in your corner. That they are transparent and cap out their expenses by taking out an industry norm percentage. 10% is fair,” said producer Tara Ansley.

By knowing what distribution expenses are going towards, you can also have a clearer sense of their effort level.

“I find certain distributors will charge a lot of expense fees for not a lot of work,” said Tiffany Boyle of Ramo Law PC.

If you have a true partner helping you distribute your film or series, they will put money into the marketing plan. That way people continue to watch what you produce long after any deal with Netflix or another platform expires.

You don’t want to walk into a meeting with a movie distribution company and have them ask, “Ok, what’s the plan?” The film distribution company should have a real plan on how they are going to release your content, get it to market, and understand the content they are acquiring the rights to.

Look out for termination and bankruptcy terms in place. Consider including options for performance classes and the ability to terminate the agreement if the film distributor assigns rights to a new company, goes bankrupt, or doesn’t generate enough sales after a certain amount of time.

“Getting a bankrupt company to report a film’s performance is nearly impossible,” said Tiffany.

Your film can get stuck in purgatory. Consider including a release by date in the agreement. That way your film either gets released no later than a specific date. Or if they decide to shelve it you get the right backs to your film.

Distributors may ask for a backend, a share of the percentage of a film’s profit (in many cases 10%) after expenses get paid in full. Some companies don’t include a backend in a distribution agreement.

Car dealers aren’t the only folks looking to oversell. Beware film distribution companies that try to upsell you on extra services like QC, closed captioning, and subtitles.

“Put a free access term in the contract so any materials the film distributors make, you can use without paying an additional fee. So if they have Spanish dubs they created for the US release of your content, you have a Spanish version that you might be able to sell to Latin America for digital release,” says Tiffany Boyle.

While you may want to take advantage of some of these services, make sure you get a line item report of all services so you know exactly what you’re paying for.

Just because your DVD release is a bust doesn’t mean you have to suffer. Avoid agreeing to cross-collateralization. For example, if you give a film distribution company all rights to media, they may want to recoup losses when no one buys the DVD version of your film.

Take a big potential headache off your plate 10 to 20 years down the line. Ask if the distributor assumes residuals whether SAG, WGA, or a hybrid of the two.

While this post is a great jumping off point for film distributor hunting, it’s in no way a substitute for an entertainment lawyer. They can help you to vet the distribution agreement and movie distribution companies based on previous transactions the attorney’s worked on with those distributors. That way you can have a better sense of a film distributor’s normal contract terms and any potential minimum guarantee.

If you happen to be in the earlier stages of the filmmaking process, be sure to check out our post on film production agreement to lockdown vital contract terms way ahead of time.