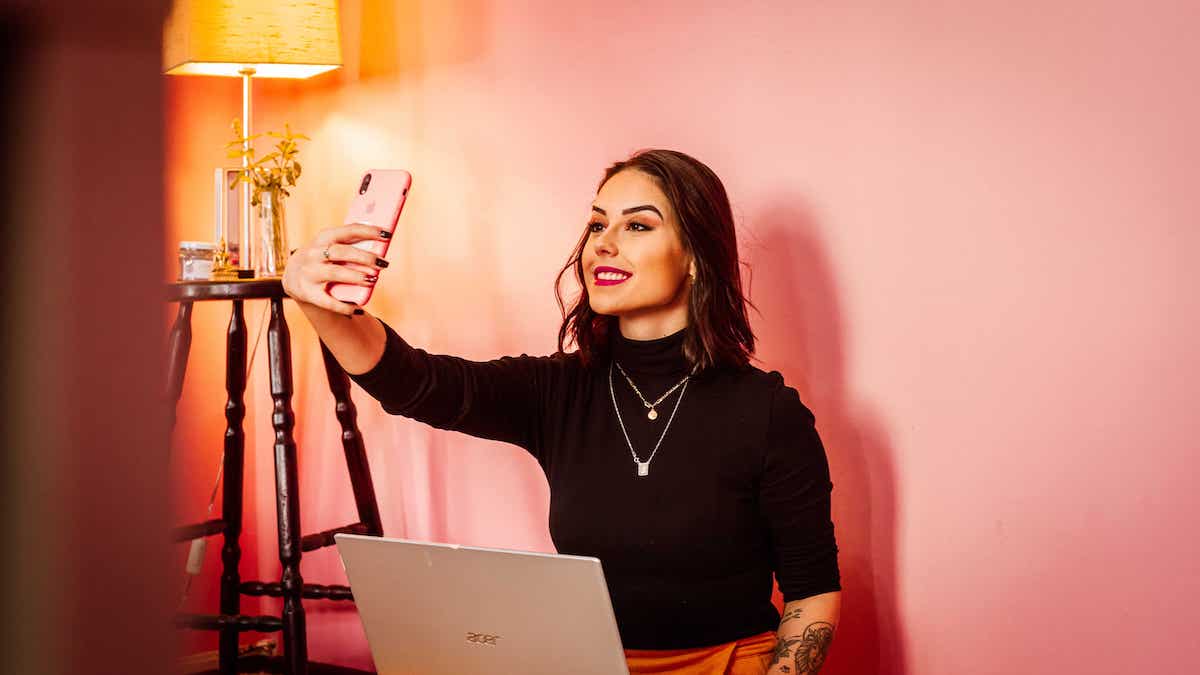 We are long past the days of Kim Kardashian advertising brands on her Instagram without mentioning it’s a paid ad.

Now even SAG-AFTRA has rolled out an agreement outlining how influencers and corporate brands can legally work together on branded content posted on TikTok, Twitch, and other social platforms.

If you’re an influencer creating sponsored content or looking to hire one, here’s what you need to know about the SAG Influencer Agreement for Branded Content.

What are the rates for SAG’s influencer agreement?

Interestingly enough, the agreements do not include any minimum rates, leaving brands and influencers to negotiate payments at their discretion. Meaning if you’re an influencer advertising with Magic Spoon and want a lifetime supply of their cereal as part of your deal, have at it.

Signing a SAG-specific agreement may be appealing for an influencer as they can get their foot in the door with the union. That way, any influencer can take on acting gigs in movies and TV that are subject to SAG rules. Plus, they can access SAG’s health benefits and earn a pension.

How much will influencers need to contribute to health and pension?

According to the Influencer Fact Sheet on SAG’s website, an influencer’s employer (could be an advertiser or producer) will pay at least 20% of their compensation towards pension and health by default to qualify for benefits. The advertiser pays the influencer’s contributions based on compensation, which it describes as "Compensation for Covered Services.”

Compensation subject to contributions for influencers includes any on-camera and voiceover services.

Excluded compensation covers any payments given by brands to influencers for producing, creating, and publishing the branded content.

As a general starting place, a Hollywood union's PH&W fund will not let a participant/employee (in this case, influencer) pay the contribution to the fund.

The short description is that an influencer cannot just create a company and pay themselves just enough to qualify for health coverage.  The contributions have to be submitted on behalf of the signatory entity (say by Wrapbook on behalf of XYZ Studios), for influencers employed by the signatory.  The reason that this is not allowed is that if you wanted SAG PH&W coverage, you could create your own company, become a SAG signatory, and then pay yourself just enough every year to qualify for health coverage. Which is a no-no.

As we’ll discuss later, influencers do establish themselves as their own llc’s, but the contributions still have to be tied to a legitimate employer (advertiser) specifically for 'acting' / appearing on camera pitching their product.

What projects are eligible for the SAG influencer agreement?

Any contract signed between a brand or influencer must meet the guidelines outlined in the 2021 Influencer-Produced Sponsored Content Agreement.

Most important with this agreement is the definition of branded content.

The SAG agreement covers video and audio content, but not still images.

With that definition in mind, video can be published on YouTube, Instagram Stories, LinkedIn, and dozens of other social sites. If Clubhouse is still a thing, even that could be potentially covered in the new SAG agreement.

Hazardous stunts, gratuitous nudity, and sexual content are not allowed under this agreement.

Influencers also need to be incorporated as a corporation or LLC to be able to enter into the agreement.

Separate from other SAG contracts

Keep in mind the influencer contract must be a separate agreement — so you can’t put the agreement inside SAG's commercial contract. If the content will be distributed elsewhere covered by a SAG-AFTRA collective bargaining agreement (such as TV), the brand or influencer must notify SAG-AFTRA. The influencer will need to work with SAG on the terms and conditions of the agreement.

For influencers working with brands or agencies that already signed the 2019 SAG-AFTRA Commercials Contract, they may be bound to the 2021 Waiver for Influencer-Produced Sponsored Content.

How can brands and influencers enter into the SAG agreement?

Influencers can submit the signed contract for review by SAG’s staff on this dedicated form.

To enter into the SAG agreement, you also must provide:

Be sure to check back here and SAG’s website for any updates or changes to these rules.

If you’re an influencer looking to sign with SAG or hope to hire one, ensure you know their stipulations.

Some are steeper than others.

Whether you’re an influencer trying to abide by SAG’s rules for health and pension allotment, or you’re hiring a SAG influencer, staying compliant matters. Be sure to check out our next post on how to budget SAG payroll most efficiently.