How to Join Teamsters Local 399 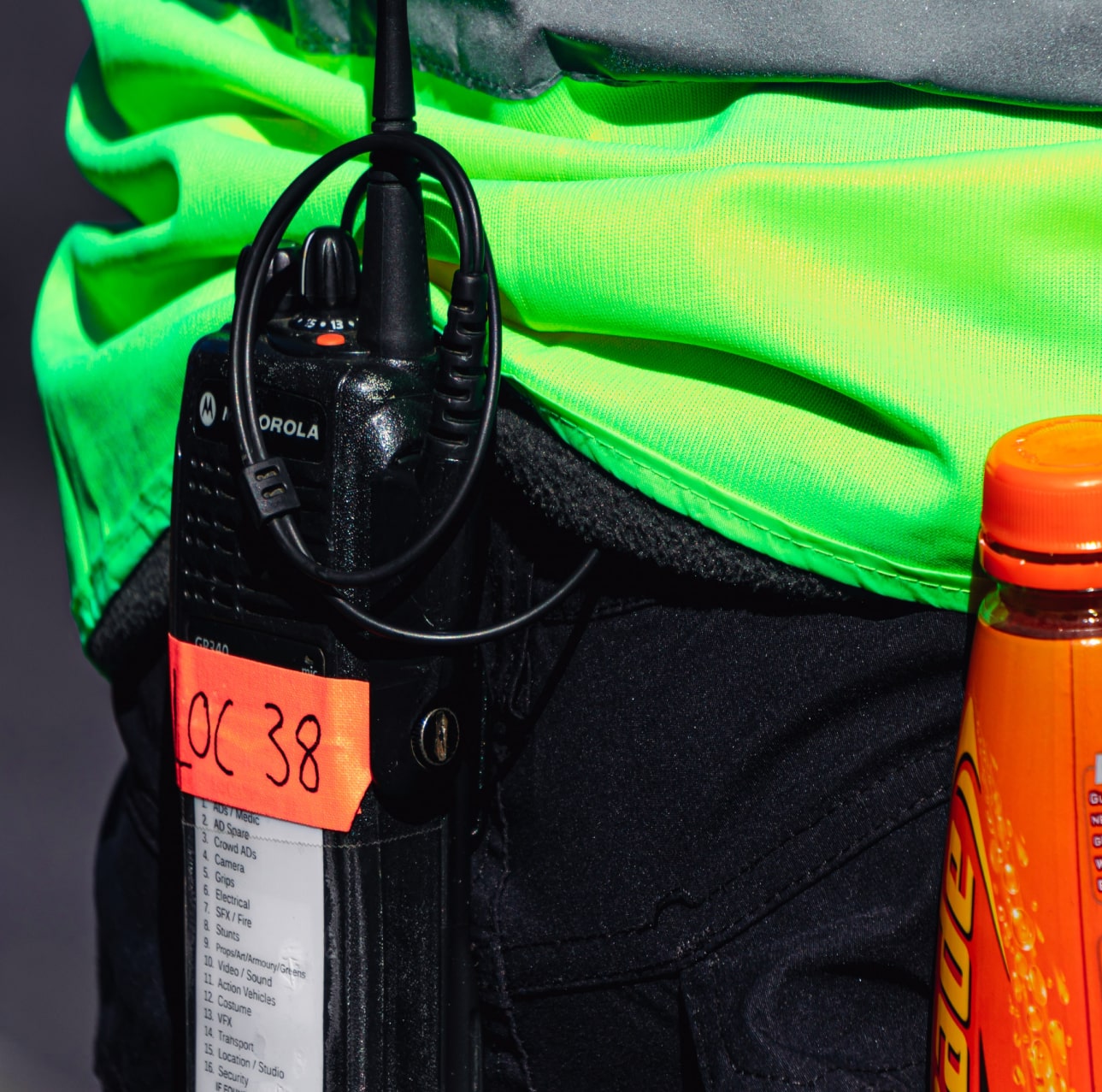 The International Brotherhood of Teamsters is perhaps the most well known labor union in the United States and Canada, but fewer people are aware of their significant impact on the film industry through the Teamsters Local 399.

If you’re asking yourself - what is Local 399? - then this post might be for you. We’re breaking down all the details of who, what, why, and how to become a Teamster Local 399.

Let’s start from the top.

The Teamsters Union as we know it today was founded in 1903. It was formed through the merger of two smaller unions of teamsters- professional drivers of horses and other animals for the transportation of goods- operating within the larger American Federation of Labor.

Today, Teamsters Local Unions collectively represent a group of well over one million laborers spread across the North American continent and working in a diverse range of fields and industries.

…of course, including the film industry.

Headquartered in North Hollywood, the Teamsters Local Union 399 is one of several unions and guilds that protects professional filmmakers and keeps the movie business afloat. Local 399 represents many of the essential laborers operating behind the scenes of your favorite films, television shows, and commercials.

The various crafts practiced by current members of Teamsters Local 399 include:

And now that we understand “what,” let’s take a gander at the “why.”

What are the benefits of joining Teamsters Local 399?

The members of Teamsters Local 399 enjoy access to a variety of benefits that are otherwise unheard of in the freelance economy of professional filmmaking.

Such benefits include, but are not limited to:

Perhaps more than any of this, however, Local 399 members enjoy the critical benefit of guaranteed wages.

Teamsters 399 rates are protected by union contract, meaning that anyone who attempts to undercut their Local 399 members’ wages are doing so at their own peril. Teamsters Local 399 ensures that its members get paid what’s in the contract.

Subsequently, Teamsters 399 rates also tend to be significantly higher than their non-union counterparts. The increase in pay demonstrated by an average annual Teamsters Local 399 salary is more than enough to cover any union dues at which a prospective member might otherwise balk.

With that little teaser in mind, let’s move on to this post’s main event:

If you’re trying to figure out how to become a Teamster Local 399, both good news and bad news awaits you.

The good news is that deciphering how to join Teamsters Local 399 is relatively straightforward, with plenty of resources available to guide you successfully on your journey.

The bad news is that figuring out how to join local 399 isn’t really the hard part- actually doing it is. Becoming one of the Hollywood Teamsters 399 takes plenty of time, a lot of hard work, and at least a little bit of old-fashioned luck.

But we’re here to help. If you’re ready to get to work, take a deep breath and scroll down to learn more about how to become a Teamster Local 399.

And what does “in permit” mean?

For our purposes, being in permit simply means that Teamsters Local 399 is accepting new members.

The short version is that Teamsters Local 399 is not always accepting new members. For any number of reasons, there are periods of time- both long and short- when the organization decides that it’s not in their members’ best interests to bring fresh faces into the fold.

And if the book is closed, you won’t be able to sign your name in its pages.

To figure out whether or not Hollywood Teamsters 399 is in permit, you have a few options:

The first and most direct option is to call the Teamsters Local 399 organization phone line.

If you dial “1” at the prompt, a voice message will inform you of the current state of member classification.

On the other hand, you may also check the official Teamsters 399 website or email one of their office representatives.

Once you have a clear answer on whether or not Teamsters Local 399 is in permit, it’s safe to move on to step 2.

If the union is in permit, then the next element of figuring out how to join local 399 is to make sure that you’re eligible to do so.

To be eligible to join Teamsters 399, you’ll have to first acquire no less than 30 days of union-sanctioned work.

In theory, this is a straightforward task, but it presents an interesting question:

How do you accumulate 30 days of union work without actually being in the union?

To accumulate your 30 days, you have two basic options.

(And yes, if you were curious, this is indeed where the luck comes in.)

Option #1: Get hired when no union members are available

On the occasions when a union production needs to fill crew positions at the last minute, there’s a specific order of operations that they typically have to follow.

First, they have to check the Teamsters Local 399 call board, a roster of qualified union members who are available to work. If a union member with the right classification is willing and available, the production will hire them. End of story.

If no union members are available, however, the production is free to pursue other leads, which means that they can hire non-union labor.

If you want to accumulate your 30 days this way, your best bet is to begin by building a network that can connect you to the right kinds of opportunities.

Signatory production companies or production professionals who frequently work on signatory productions may be able to put you in direct touch with hiring opportunities. But, you might consider getting to know current members of Teamsters Local 399.

Current Local 399 members may be able to refer you to union gigs both in the immediate future and in the long-term, potentially securing your career long after you’ve become a member.

The key is to make sure that these days are logged with the Contract Services Administration Trust Fund’s Industry Experience Roster (IER).

The CSATF is a non-profit organization that carries out a variety of services on behalf of unions and laborers in the entertainment industry. One of these services is to organize and maintain the IER, which is a database of union-qualified workdays for individual laborers seeking union qualification.

And in order to achieve eligibility for Teamsters Local 399 membership, you’ll need to have your days registered with the CSATF.

Once you’ve accumulated 30 union-qualified workdays, take a moment to sigh relief. The hard part is over, and you’re ready to move on to the final stage of joining Local 399.

With 30 qualified days under your belt and registered with CSATF, the only thing left to do is fill out the application.

The application to join Teamsters Local 399 is provided by the union’s Secretary-Treasurer and is subject to change over time. However, if you’ve accumulated the appropriate number of days, you shouldn’t find any trouble navigating this stage of the process.

In addition to the application, you’ll have to pay an initiation fee and quarterly Local 399 dues, both of which you can arrange to have taken out of your future union earnings.

Then, with your application and the appropriate fees arranged for, you’ll begin to play the waiting game. Your membership will become official only after the union votes to approve your application and you swear an oath of obligation to the International Brotherhood of Teamsters.

And just like that, you’ve figured out how to join local 399.

To learn more about Teamsters Local 399, check out their official website.

If you use Wrapbook, the software offers the ideal payroll solution for union and non-union filmmakers alike.

Whether you’re a worker or employer, take advantage of features like the automatic calculation of L.A. IATSE and Teamster timecards and blended pay rate calculations within the software.

How to Ensure Animal Safety & Animal Handling Compliance On Set

Is animal going to be part of your production? Learn best practices of animal safety compliance and the experts who ensure it.

How to Calculate Hours Worked

Take a dive into our step-by-step guide of how to calculate hours worked for yourself as a freelancer or for those you employ.

Head of Production: The 21 Most Asked Questions

The Head of Production has a major influence in the entertainment industry. Find out how with this breakdown of the 21 most asked questions about the head of production.