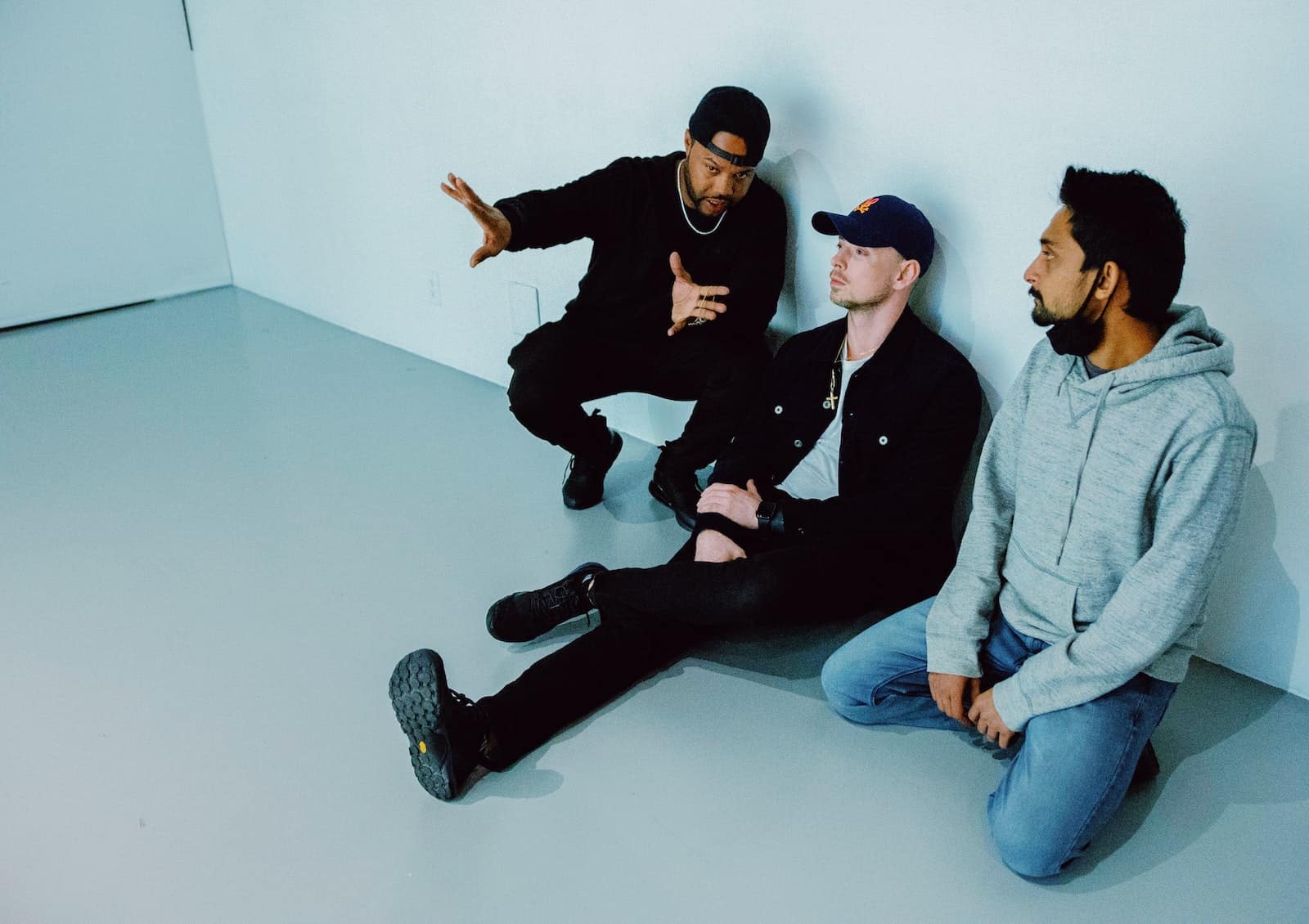 However, given the large number of unions active in the film industry, it’s no secret that planning a production around them is about as much fun as a bite of Uncle Jerry’s five-surprise fruitcake.

In this post, we’ll spare you the indigestion and give you a reason to celebrate with our comprehensive breakdown of the film industry’s essential union holidays.

Before we dive into the list, it’s important to understand that no two unions are exactly alike and each of them is continuously evolving to better meet the needs of its members. This post outlines one facet of working with the most common unions in film production- namely IATSE, SAG-AFTRA, DGA, PGA, and the Teamsters Union. But keeping your production on good terms with each of these organizations is a much broader task that requires both diligence and hard work.

Of course, using software like Wrapbook can make your life a lot easier when trying to stay compliant with unions’ ever changing needs.

Whether it’s figuring out the cost of your SAG-AFTRA talent’s meal penalty or adding up the fees of your DGA director’s extra shoot days, Wrapbook’s easy-to-use application will automatically calculate exactly what you’ll have to pay in order to stay guild compliant.

It’s only right that the first day of the year is the first holiday on our list.

Though the exact date is historically a hotly debated topic, thanks to the advent of the Gregorian calendar and a few centuries of global influence, each new calendar year in the modern world officially kicks off at midnight on the first of January, at least for civil purposes.

As is poetically appropriate for an industry dedicated to entertainment, filmmaking unions fight for your right to party on the first. New Year’s Day is a unanimously featured union holiday.

So regardless of your crew position, if you’re on a union production, feel free to stay up late. You won’t be facing an early call time- or, well, any call time- on January 1st.

Though the civil rights icon was actually born on January 15th, 1929, the United States federal holiday dedicated to him is annually celebrated on the third Monday of January in accordance with the Uniform Monday Holiday Act of 1968, allowing observers the opportunity to enjoy a long weekend.

MLK Day was originally proposed as an element of contract negotiations by labor unions in honor of King’s working-class activism, a fitting beginning for a holiday celebrated by film industry unions nationwide.

Presidents’ Day is the colloquial name for the United States federal holiday designated as Washington’s Birthday. It was created in honor of George Washington, the first president of the United States, and is celebrated annually on the third Monday of February.

Confusion over the holiday’s name stems from its parallel status as a “state holiday” and subsequent augmentations to the name in order to honor Abraham Lincoln, who is commemorated by no federal holiday in his own right. Depending on the specific state and its laws, the third Monday of February may be used to celebrate Washington alone, Washington and Lincoln, or even just presidents in general.

The holiday’s state-by-state flexibility is reflected in the fact that it’s officially known by fourteen different names around the country.

Fortunately, film industry unions recognize all of them.

Memorial Day is a United States federal holiday observed in honor of the individuals who have died while performing their duties as a member of any branch of the United States Armed Forces.

The exact origins of Memorial Day are unknown, with historical precedents known to have existed separately in many states, but its rise as a national holiday is generally agreed to have stemmed indirectly from rituals of grief practiced in the wake of the Civil War.

Celebrated on the last Monday in May, Memorial Day also carries the unofficial distinction as the first day of summer in the U.S.

Celebrated on the fourth of July, Independence Day is a United States federal holiday established in commemoration of the U.S. Declaration of Independence.

Coming at the heated climax of summer alongside hot dogs, fireworks, and parades, Independence Day represents a much-needed union holiday for any member of your crew as well as an important remembrance of United States history in 1776.

And, of course, we must also never, ever forget the hallowed events of July 4th, 1996.

The single most appropriate union holiday in any industry, Labor Day is a United States federal holiday that celebrates the work, achievements, and influence that laborers and the American labor movement as a whole have contributed to the development of the United States since its inception.

In other words, it’s quite literally a union holiday dedicated to unions.

Officially declared a federal holiday in 1894, Labor Day is celebrated annually on the first Monday of September, and many Americans thus regard the holiday as the unofficial end of summer. Sad Dads across the nation often choose to cook their last cookouts and camp their last camp-outs over the long Labor Day weekend.

Held on the second Monday in October, Columbus Day is a United States federal holiday dedicated to Christopher Columbus’ arrival in the Americas and often observed in recognition of the contributions of Italian-Americans to U.S. culture.

With an increasing amount of controversy circling the holiday due to Columbus’ known history with native populations of the Americas, alternative or counter- celebrations like Indigenous Peoples’ Day have been adopted by many cities and states in recent years.

Falling on the eleventh of November, Veterans Day coincides with the formal end of the first World War.

The holiday was originally known as Armistice Day in the U.S., and similarly titled holidays are still celebrated around the world. The name was changed in 1954 at the behest of several major U.S. veteran organizations, who wished to expand the holiday’s observances to include veterans of both the second World War and the Korean War.

The American day of touchdowns and tryptophan was birthed from the unlikely union of harvest festivals and puritan religious observances.

The United States has had an “on again, off again” relationship with Thanksgiving as an official holiday since at least George Washington’s recognition of the day in 1789, not allowing the day to achieve its fully recognized form until Congress and Franklin Delano Roosevelt signed it into law as a permanent observation in 1942.

Thanks to FDR, Thanksgiving is now officially celebrated by everyone- union members included- on the fourth Thursday of every November.

The Day After Thanksgiving

Foregoing the more foreboding moniker for the Friday after Thanksgiving, unions in the film industry have upgraded Black Friday’s status from unofficial advertising holiday to very official union holiday.

This decision was likely made to prevent an awkward workday between Thanksgiving and the weekend after, but one can certainly dream that someone somewhere saw the wisdom in giving their crew an extra day of digestion before their inevitable return to the craft services table.

Unions in the film industry always give their members the gift of a guaranteed day off for Christmas, regardless of what day of the week the holiday itself actually falls on.

Traditional wisdom would suggest that the entire week between Christmas Day and New Year’s Day is dark for productions within the United States. However, it’s important to note there is no hard and fast rule to that effect with most unions.

This list covers the essential union holidays that any producer should be aware of, but by no means should it be considered exhaustive.

A union is a living organism, constantly evolving to better meet the needs of its members. As such, official union holidays may vary according to any one of many factors. A union contract for an AICP commercial bid, for instance, may look very different from that of a low-budget feature.

With celebrations like Juneteenth, election days, and others increasingly gaining traction as union holidays nationwide, there is only one solution to keeping yourself in the union loop: if you don’t know, ask.

Any qualified union representative will be happy to inform you of the latest and greatest developments in their regulations.

Interested in learning more about film unions? Check out our guide to Producer’s Guild Membership.