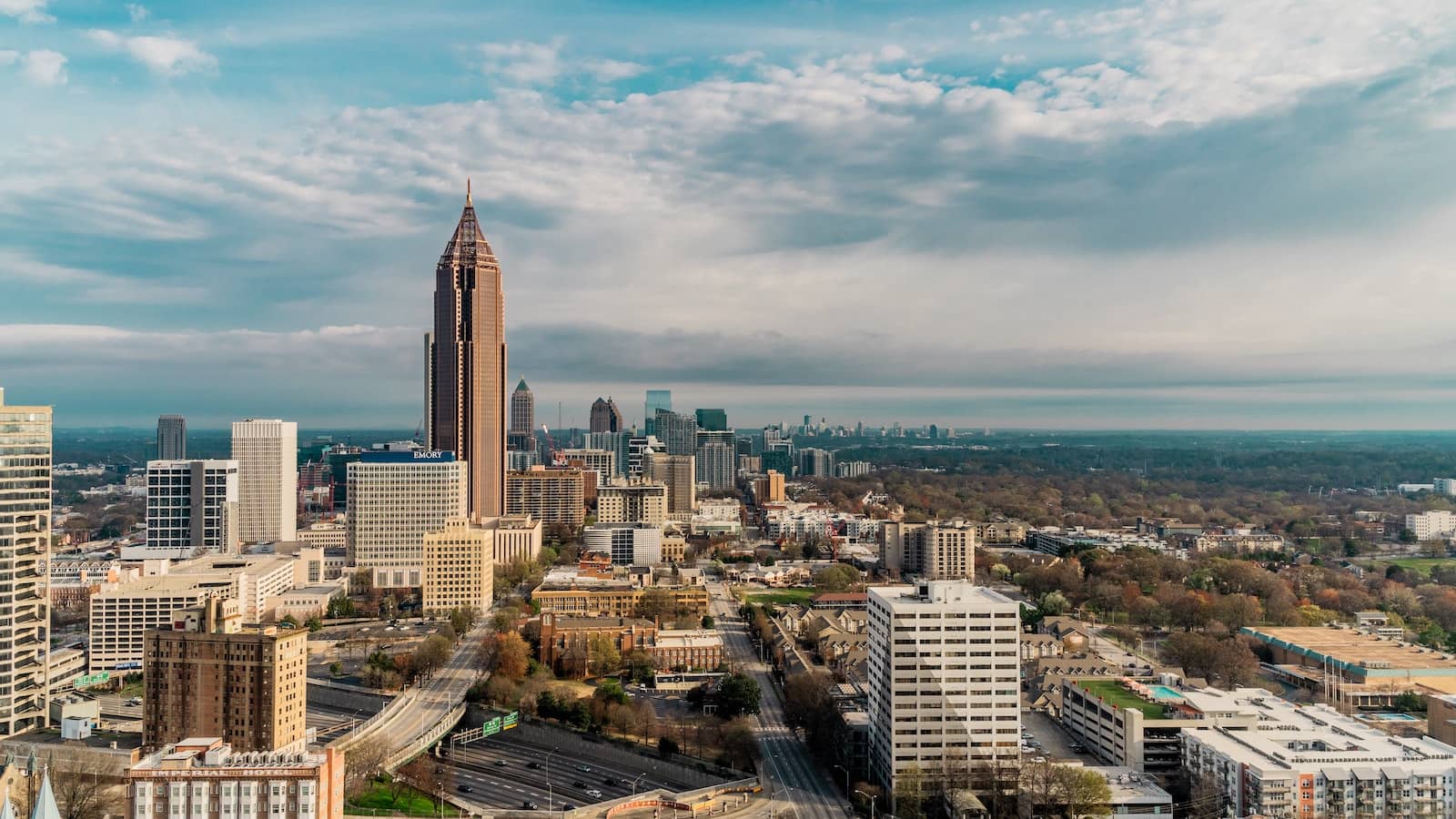 Atlanta has become a hotbed for productions. If you're a local, you may spot specific places while watching The Walking Dead or Ozark. Blockbusters including Venom and Furious 7, are also a big part of Atlanta's production scene, making the city increasingly one of the go-to locations for projects.

And lucky for producers, southern hospitality extends to the film permitting process in Atlanta, so it’s not quite as intricate of a journey as getting an LA or NYC film permit can be.

If you’re interested in getting a Los Angeles permit, we recommend checking out our free ebook.

In this guide, we’ll look at key questions many producers have when it comes to obtaining a film permit in Atlanta---things like what permits cover, what fees you can anticipate, and how soon you need to apply for a film permit.

What are Atlanta film permits?

A film permit is an official approval in the form of a certificate from the Mayor's Office of Entertainment giving your production team permission to film in the city of Atlanta based on any of the guidelines highlighted in the "Does my production require a permit?" page.

What is the Mayor’s Office of Film & Entertainment?

The Mayor's Office of Film & Entertainment is Atlanta's film office that issues film permits for any production shooting on public property within city limits. Their office may remind you of that one friend who seems more connected than everyone else. They often facilitate conversations between producers and city agencies, simplifying the entire permit process.

Founded in 2013, the Mayor's Office of Film & Entertainment began supporting the city's quickly growing entertainment industry. The office identified initial goals for its formation, including streamlining the permitting process for film productions, facilitating employment of local talent, creating production-related educational and training opportunities, and safeguarding the interests of residents and businesses affected by filming. In its first year, the Mayor's Office of Film and Entertainment issued more than 580 permits.

Do you need a permit to film in Atlanta?

Not all productions need a film permit from the City of Atlanta.

Your project may require an Atlanta filming permit if it includes any of the following:

If you are still unsure whether your filming activities require a permit, be sure to reach out to the Mayor’s Office.

How can you get an Atlanta film permit?

Complete these four easy steps to receive a film permit in Atlanta:

The Mayor’s Office wants to ensure every production in Atlanta is a good neighbor. In your film permit application, they will request a one-page letter sent to residents and businesses within a three-block radius of the requested closure(s) or filming location.

Sensitive areas may require signatures from residents and businesses; the Mayor’s Office will notify you for any location deemed sensitive.

If your production requires a full street, lane, or sidewalk closure, you’ll need to provide a traffic control plan or detour route. This plan must include the number of lanes on a street and necessary signage and follow the Manual Uniform Traffic Control Devices guidelines. Your application should be submitted at least five days before filming if you require full street closures, while lane closures must be submitted no more than three business days in advance.

You’ll also have to submit a security plan that includes a description of your shoot and filming location(s) with your film permit application.

If you’re shooting at a city park, you will also need to submit a site plan at least 72 hours before filming. A screenshot from Google Maps showing where you wish to film will suffice here.

Projects filming in Atlanta will need a Certificate of Insurance (COI) naming the City of Atlanta as lien holder. You can submit the COI after applying for a permit. However, you will not receive the permit until you submit your COI.

To officially apply for an Atlanta film permit, complete their online application.

How long does an Atlanta film permit cover?

An ATL film permit covers 30 days of filming on public property or nighttime shoots in residential areas. If you’re shooting beyond 30 days in Atlanta, you can purchase an additional permit covering the subsequent 30 days.

No. However, there may be extra fees for filming at city parks, Hartsfield-Jackson Airport, and other public property.

Keep in mind, you will receive permits for street, lane, and sidewalk closures on a per block, per lane basis, so you will need to specify all your locations in the film permit application. Expect to pay fees for any block or lane closures (read on to see the full schedule).

What are the City of Atlanta’s insurance requirements?

The City of Atlanta requires a Certificate of Insurance for all productions needing an Atlanta film permit.

Productions not requiring a film permit don't have to hold insurance. However, production insurance can still be a safeguard you may want in place for equipment and any other liabilities.

How long will it take to get a film permit in Atlanta?

The short answer is it depends on the scope and complexity of your production. They can process applications in as little as 24 hours. Still, the Mayor’s Office of Film & Entertainment requests you submit your application as soon as possible.

How much do Atlanta film permits cost?

The full permit costs depend on different variables.

First, the permit application fee costs $100 and is nonrefundable. The actual film permit fee is $300 and covers any filmmaking activities over 30 days. In other words, if your production lasts 60 days, you would pay $600 in film permit fees.

You’ll also need to submit your application at least 72 hours before filming begins or pay a $300 application rush fee.

Parking is $17 per day for single meters or multi-parking spaces depending on the specific location.

Lane and sidewalk closure fees have a base cost of $35, plus additional fees that depend on the lane’s length, the day of the week, and whether or not it’s a lane or sidewalk. We break down those fees below:

The onsite service fees for utilizing the right of way, lane closures, or full street closures are $100 per location per day and capped out at $300 maximum daily. For any rush closures or other onsite services, you can expect to pay $300 or more.

Curious about filming elsewhere in Georgia? The state’s film office has a great breakdown of filming guidelines in other cities and counties.

Securing a film permit does not have to be a chore. Keeping up to date on your city's requirements and applying as soon as you can, will get you approved quickly with as few headaches as possible.

If you're still finalizing where you’ll be filming in the US, download our free ebook on LA film permits. Or you can also check out our Chicago film permit and New Orleans film permit guides.