The 5 Best Photo Studios in NYC 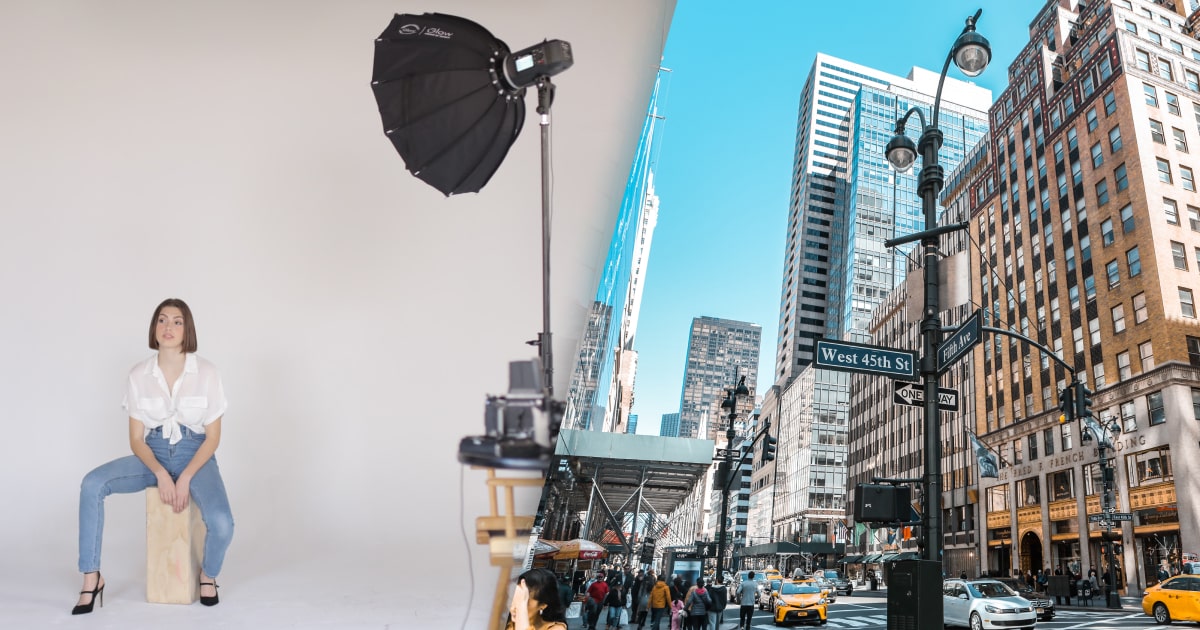 Finding the right photo studio in NYC can feel an awful lot like searching for a needle in a haystack. A haystack that just happens to be the size of the largest city in the entire United States of America.

Before desperately googling “photo studio near me,” check out our list of five of the best photo studios NYC has to offer.

Without further ado, let's check them out.

If you’re on the hunt for a high-class photo studio in Brooklyn, you’d be hard-pressed to find an option better than Milk Studios.

Also appearing on our list of the best photo studios in Los Angeles, Milk’s photo studio in NYC is the original, a once small seed that has since bloomed into a media giant.

Not exactly what you might call a cheap photo studio rental, Brooklyn’s Milk Studios is decidedly a luxury photo studio in NYC. If your production’s on the lower end of the budget spectrum, you may want to pass on Milk and check out our guide to NY Film Tax Credits instead.

But if your production can foot the bill, Milk really is a one-of-a-kind photo studio in NYC.

However, not just a photo studio, NYC’s Milk is also capable of providing end-to-end production support.

Milk is the rare photo studio in NYC able to shepherd a client’s project all the way from conceptualization to production and even to distribution. Milk’s photo studio in NYC maintains in-house creatives and technicians, all at your disposal, should you choose to engage their services.

Combine all this with equally impressive location support, and it’s easy to see why Milk Studios is in the running to be the best photo studio rental NYC has to offer.

And unlike your average photo studio in NYC, when they say “full service,” they really mean it.

And if you’re trying to avoid buying stock footage for your green screen by specifically searching for a rooftop photo studio, NYC’s Attic offers one of the best options in the city. For any photo studio rental, NYC’s Midtown skyline is a pretty impressive perk, but with over six-thousand square feet of unobstructed shooting space on their roof, Attic Studios goes the extra mile. They provide their clients elegant views of Manhattan, Queens, and Brooklyn, while still supporting them with all the features you’d expect from a professional studio.

Or you could go in the opposite direction… Down.

Attic’s Boiler Room studio is exactly what it sounds like. With weathered brick walls, natural light filtering in through port holes, and full electric capability for artificial lighting, the Boiler Room is the kind of photo studio rental NYC’s Manhattan simply doesn’t have.

But beyond the spaces themselves, Attic Studios’ reputation as a premier photo studio in NYC is cemented by its array of services. Not only do they offer in-house equipment rental, but Attic now offers full location shooting support as well. They rent equipment trucks and on-location equipment deliveries, easing the sometimes awkward transition between studio and location shooting.

And, of course, their full-service coffee bar doesn’t hurt either.

If you’re looking for a straightforward, high-quality professional experience from your photo studio rental, NYC’s Attic Studios might just be your best bet.

Pier59 Studios is located on Manhattan’s historic Chelsea Piers. In fact, originally owned by the famous White Star Line in the early 1900s, Pier 59 was itself the intended destination of the Titanic’s ill-fated maiden voyage.

Over eight decades later, the pier was reimagined and reconstructed as a high-end photo studio in NYC.

Of course, if you’re in the market for a high-end photo studio rental, Manhattan’s ever-trendy neighborhood of Chelsea unsurprisingly contains a gaggle of options, but few boast the features, variety, or raw clout to rival Pier59.

For starters, Pier59 Studios is the rare photo studio in NYC that maintains space by the- you guessed it- boatloads. With over ten stages and more than ample square footage allotted to each, Pier59 offers so much photo studio space, NYC can barely dream of it (if the city ever bothered to sleep, of course).

But in the competition to be the best photo studio rental NYC has to offer, size isn’t everything.

Fortunately, Pier59 offers some of the highest quality photo studio space NYC can claim as well.

In addition to all its photo studio space, NYC’s Pier59 Studios even sources in-house professional personnel whose remarkable services can be engaged to shepherd your shoot all the way from pre-production to post.

And if that’s still not quite enough to convince you that Pier59 might be the best photo studio NYC has to offer, consider asking about their menu.

Yes, they have a menu.

Pier59 is also home to “The Deck NYC”, a world-class restaurant specializing in Italian-Tuscan cuisine and open exclusively to members and studio clients. That means that if you make your photo studio rental NYC’s Pier59, you also have the option of booking any number of incredible culinary experiences, be it a drink, a meal, or even The Deck’s premier catering service.

If you’re searching for a luxury photo studio rental, Manhattan’s Pier59 Studios should be more than adequate to float your boat.

Next on our list of the best photo studios NYC has to offer is the flexible and forward-thinking FD Photo Studio.

Founded in Los Angeles, FD started making its bid for global domination in 2018 by opening a second photo studio in NYC. You can find FD Photo Studio’s East Coast stages over in Long Island City. While it’s unlikely to pop up when you google “photo studio Midtown NYC”, trust that a quick jump over the East River is a small price in exchange for everything FD puts on the table.

In a city not exactly known for high-quality, affordable photo studios, NYC’s FD Photo Studio is a dazzling exception to the rule.

FD Photo Studio made its bones in L.A. by being the first organization to offer top-notch, reasonably priced hourly studio rental services with professional equipment included. Their photo studio in NYC follows that exact same tradition, making it a photo studio NYC’s ever-expanding community of freelance photographers is sure to appreciate.

Constantly keeping their sights on the future, FD supports its photo studio in NYC with a bevy of technological innovations that establishes it as arguably the most convenient photo studio NYC has to offer. FD Photo Studio is always streamlining their already easy-to-navigate online booking process, offering unbeatable scheduling perks like limited or no cancellation fees, and creating brand new ways of packaging services, equipment, and precious time in a photo studio in NYC.

If you’re stressed about quality when it comes to affordable photo studios, NYC’s FD Photo Studio is here to put you at ease.

Our final contender for the best photo studio in NYC is none other than Spring Studios.

As a simple photo studio rental, NYC’s Spring Studios location is world-class. Their state-of-the-art spaces are equipped with best-in-class technology and comforts designed to deliver clients the ultimate production experience. The photo studio in NYC offers pristine spaces with a wide variety of shooting conditions, like full natural light studios, darkroom studios, and an incredible rooftop.

But with creative offices in London, Milan, and New York, it would be almost criminal to suggest that the photo studio in NYC’s Tribeca neighborhood is the only reason to work with Spring.

Spring Studios styles itself as an “integrated creative agency with end-to-end production”, meaning they’re equipped to handle nearly every issue you might have at any point in your creative process. Spring’s agency arm provides services to help with branding, campaign design, strategy, content creation, and even the execution of live events.

And even if you don’t want to work directly with the agency, Spring can contribute quite a bit of firepower to your shoot.

Unlike a normal photo studio rental, NYC’s Spring Studios maintains fully-equipped post-production facilities supported by a dedicated in-house team of editors, colorists, VFX artists, and retouchers who can deliver any post service you might need in the world of commercial production.

This same, thorough approach extends to physical production at their photo studio in NYC, where Spring provides not only top-of-the-line equipment (tirelessly maintained by equally top-of-the-line in-house technicians) for rent, but also expert production personnel who can cover nearly every position on your crew, from camera operators to sound recordists.

Spring’s capabilities are so wide-ranging that they can even handle your entire casting process, from pre to post.

Needless to say, Spring Studios is a step above the average photo studio rental NYC offers.

In fact, they just might be the best photo studio in NYC.

While these five photo studios certainly stand out, ranking the best photo studios NYC has to offer is obviously a highly subjective task.

At the end of the day, the best photo studio in NYC is the one that meets the needs of your specific production.

And if you haven’t already, check out our article on how to find the perfect photo studio, where we cover all the things you should be looking into well before you book.