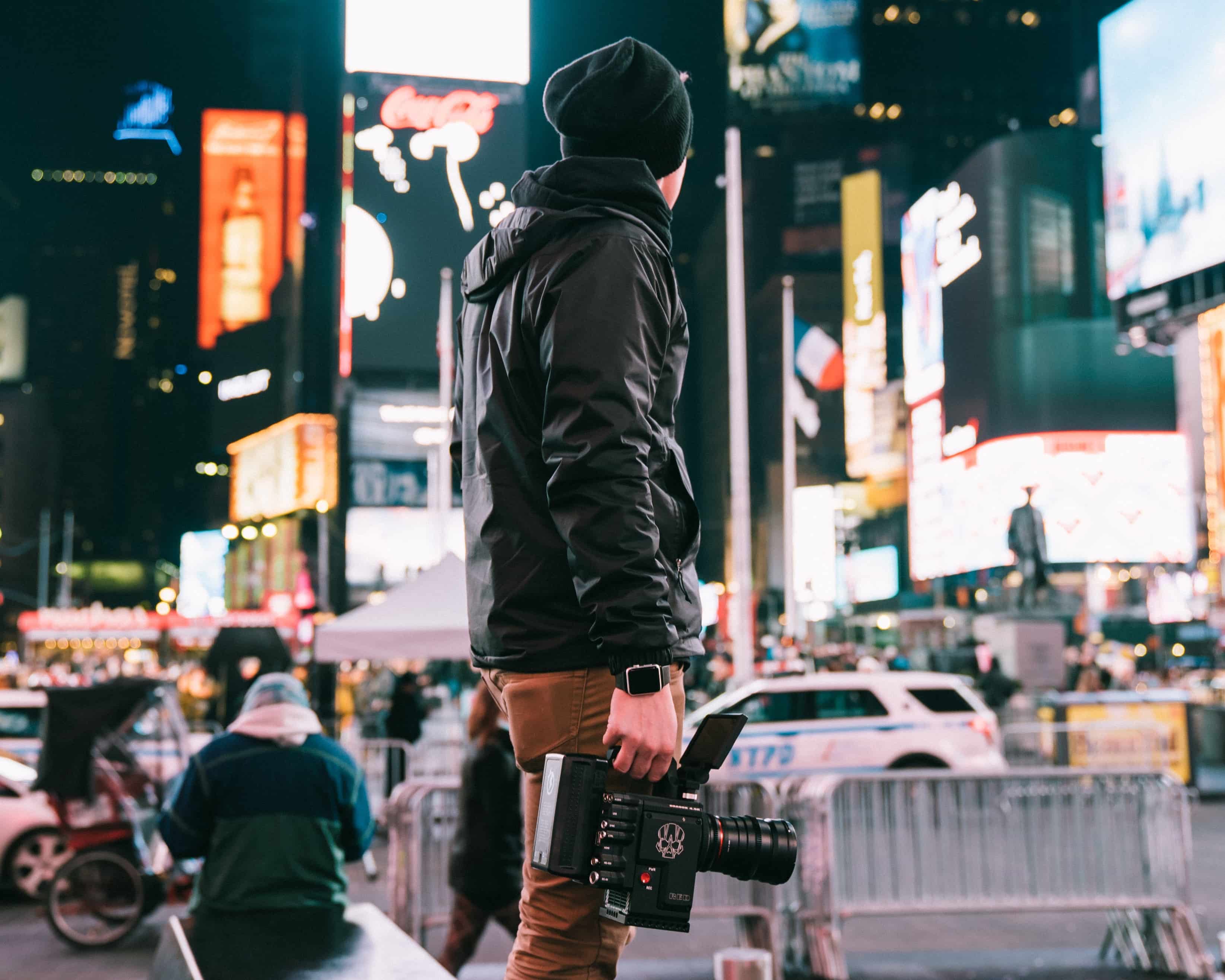 Whether you are producing a blockbuster action feature or a small, indie commercial, your goal as a producer is always the same: save as much money as possible.

A great way to do that? Take advantage of film production tax credits.

In this article, we will break down the New York film tax credit program: what it is, how to apply, and how a NY film tax credit could help save your next production money.

What are film production tax credits?

These tax credits for film started in the 1990s after similar Canadian incentives sent movie productions packing for the land of maple and hockey. Since then, states have offered increasingly competitive incentives in order to win productions away from other states.

In this article, however, we will focus specifically on the New York film tax credit program.

What kind of tax incentive is the NY film tax credit?

A film tax credit, technically, has nothing to do with tax — these film industry tax incentives are simply spending programs that use state revenue services as a filing and payment agent. In essence, they’re rebates, and the exact amount of your film tax rebate is based on a number of eligible expenses.

Below, we’ll walk you through all the requirements and eligible expenses for the New York film tax credit program.

But first, it’s worth pointing out that the NY film tax credit is refundable.

It’s also important to note that the NY film tax credit is non-transferable.

Non-transferable tax credits cannot be resold; they must be used by the production company to whom they were awarded.

But which companies get awarded these coveted New York film subsidies? Well, that brings us to…

The NY film tax incentive is a 25% tax credit on qualified costs incurred in New York State for eligible productions that fall into one of four categories:

If you do the math right, your production could see nearly half of its budget returned through the NY film tax incentive program. That’s a lot of extra spending cash.

Beyond this helpful rule of thumb, eligible productions are tiered into two categories based on the size of the production. Productions in each category must meet different criteria to be eligible for New York State tax credits.

Cost less than $15 million, and are produced by a company owned less than 5% by a publicly traded entity. In other words, “small” and “indie.” Level 1 productions must have a set and shoot at least one day in New York State to be eligible for the NY film tax credit. 75% of total expenses before post-production must be in New York State.

Cost more than $15 million, and are produced by a company owned more than 5% by a publicly traded entity. These productions must also shoot on a specifically built set. At least 10% of principal days must be at a qualified production facility (QPF) in New York State (except for television pilots) and 75% of total expenses before post-production must be in New York State in order to qualify for a NY film tax credit.

Generally, productions that are ineligible for a NY film tax incentive include documentary film, news or current affairs programs, sporting events, interviews and talk shows, commercials, music videos, and variety shows (variety shows may be eligible if they are relocating production to New York).

A full list of ineligible productions, along with a more detailed breakdown of eligibility requirements and New York film tax credit FAQ can be found on the New York State Tax Credits’ website.

Productions filmed mostly outside of New York can alternatively apply for the Post Production tax credit.

A production company can qualify for the Post-Production Credit by meeting one of these thresholds:

The simple answer? A lot. Most broadly, property and services used or obtained in New York State can all be covered by the New York film subsidies.

Post-production costs such as film editing, sound design and effects, and visual effects may also qualify for the New York film tax incentive with production credit available for productions that film a significant portion outside of New York State but intend to contract some or all of post-production in New York.

So even if your production requires you to shoot on-location in the Himalayas or send your second unit to a tropical island, you may still be eligible for New York State tax credits.

The NY Film Tax Credit program accepts rolling applications, with the recommendation that all applications are submitted at least 10 business days prior to the first day of principal photography.

Applicants are asked to complete a project summary form and submit it along with a budget and calculated budget cost qualifier as part of their initial application.

When the initial application is complete, the New York Film Tax Credit Program office will notify the applicant that they can proceed toward a final application.

Full details, including guidelines and checklists for the NY film tax credit application can be found here.

In all cases, you will be required to tag and track your production budget, so it’s important to make sure you have a good budgeting workflow in place.

Utilizing a NY film tax credit can be an excellent way to offset the cost of your film. While the New York film Tax Credit Program process may be selective, once you’ve been awarded a tax credit, you can write off quite a bit. If you're filming in California, take a look at our California Film Tax Credit post to save big in the Golden State. Or, for every other state, comb through our state-by-state breakdown here.