The Most Rented ShareGrid Equipment of 2019 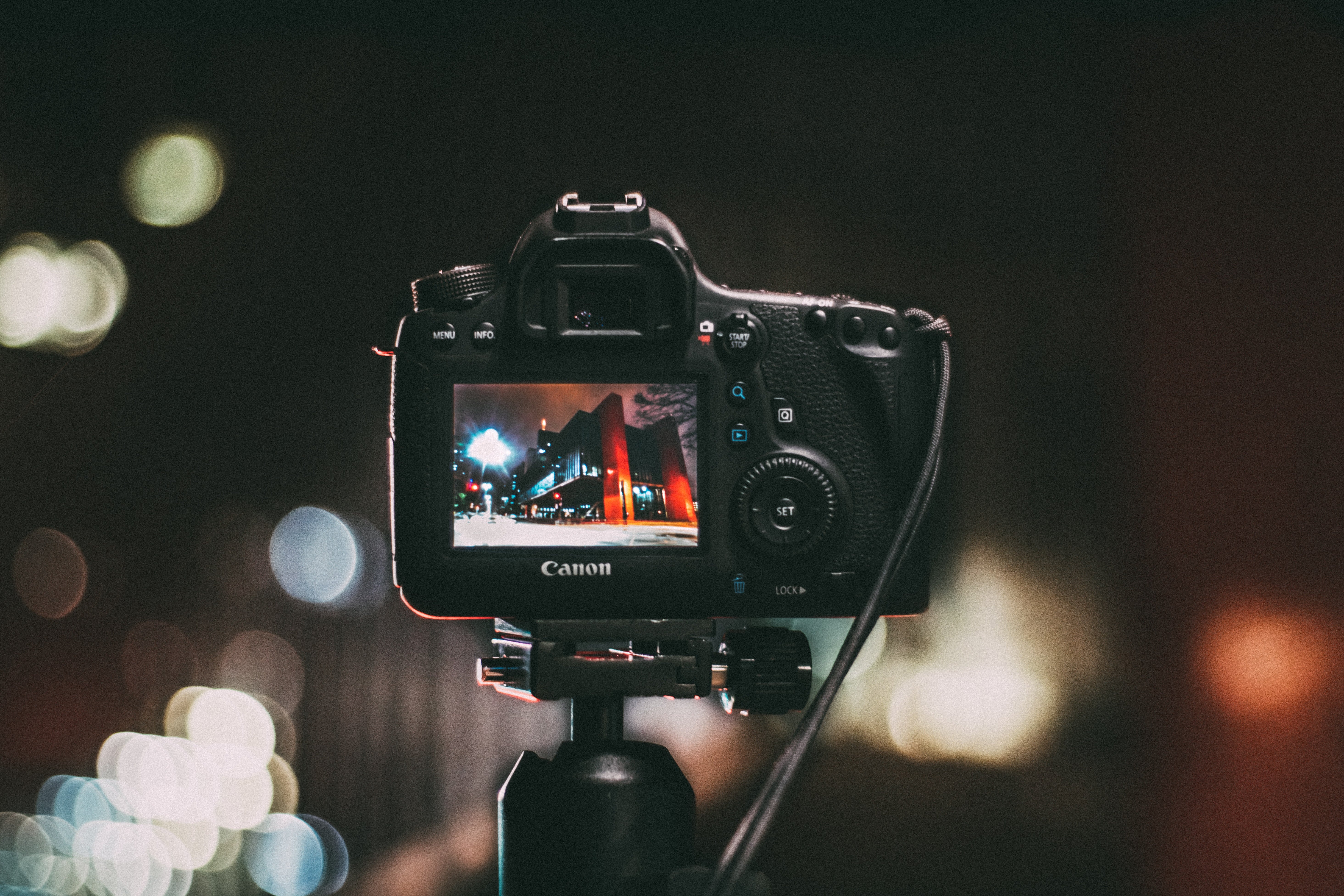 At Wrapbook, we’re passionate about putting power directly into the hands of creators, which is naturally why we’re so excited about ShareGrid.

Simply put, ShareGrid is an online, peer-to-peer marketplace that connects creators who need gear with those who have gear. It’s an established, safe community in which verified filmmakers and photographers can rent equipment directly to or from one another at some of the most competitive rates in town.

While their security and prices are obvious draws, ShareGrid’s greatest strength is arguably found in its raw diversity. From DLSRs to drones, monitors to motion-control kits, single grip clips to loaded grip trucks, the magnitude of what ShareGrid has to offer is both absolutely stunning and always growing.

In the spirit of their open, member-driven culture, ShareGrid recently released a list of the most popular equipment rented through their service in 2019. In this post, we break down the top 10 most rented products and what makes them favorites of the filmmaking community.

The Canon EOS C300 Mark II is a tried-and-true cinema camera that hits the sweet spot between price point and performance.

Released in 2015, the Mark II was an update to its predecessor, the original and much-revered C300, which was responsible for capturing several notable feature films, like Jeremy Saulnier’s Blue Ruin (2013) and Abdellatif Kechiche’s Palme d’Or-winning Blue is the Warmest Color (2013).

Aesthetically and ergonomically, the Mark II shares much in common with the original C300. Its lightweight compact form and high level of versatility render it a highly attractive workhorse for independent and documentary filmmakers of any stripe.

Under the hood, the C300 Mark II is packed with substantial upgrades. Most prominent among them is the camera’s ability to capture moving images in glorious 4K resolution, which you can import into your editing software of choice.

The Canon EOS 5D Mark III is a full-frame, professional quality, classic, digital single-lens reflex camera. Given that the 5D Mark III was originally announced and released all the way back in 2012 as part of the 25th anniversary celebration for Canon’s EOS camera line, you might understandably wonder why a nearly decade-old DSLR body is still such a hot commodity.

For professional photographers, in particular, the Canon 5D Mark III is an appealing camera body, adored for its overall flexibility and aptitude for adapting to less-than-ideal lighting conditions, all at a reasonable price point.

But don’t overestimate its use to the videographer. Even in 2020, the 5D Mark III remains a staple among producers of video content for the web.

If you’ve ever worked G&E, you probably know this particular piece of equipment better than your own mother. However, if you’re an executive producer, it’s just as likely you have no idea how to set one up at all.

The C-Stand has become one of the most fundamental tools in all professional image production. Its inclusion on ShareGrid’s list of most rented products of 2019 is a testament to their community’s pragmatic, professional nature.

FUN FACT: WHAT DOES THE ‘C’ IN C-STAND MEAN?

The “C” in “C-Stand” stands for “Century.” Artificial light technology was not advanced enough in the earliest days of film production to be used efficiently or consistently. To compensate, production stages were built to rotate so as to allow for continuous lighting throughout the day from the sun itself. Large reflectors were then used to control the light, and these sun reflectors came in many sizes, the most popular of which was 100 inches square or, rather, a “century”.

Top of the line mirrorless cameras are generally considered better-suited for video capture quality than DSLRs. The GH5’s capacity for 4K recording onto basic, inexpensive SD cards is the perfect example of that advantage.

With strong technical specifications for video, an easy-to-use touchscreen interface, compact design, and a durable build that can stand-up to varying conditions, the GH5 is ideal for videographers looking for top resolution performance.

As an added bonus, the GH5 also offers a strong set of features crafted specifically for the still photographer.

The Sony PXW-FS7 XDCAM Super 35 Camera is designed to function on as wide a range of shoots as is possible.

Its comfortable, ergonomic design (with features like the “Smart Grip”) makes the FS7 ideal for shooting events, reality TV, cinéma verité documentaries, and any other production for which mobility is a top priority. Meanwhile, its Super 35mm sized sensor enables users to imbue their images with a cinematic depth of field, perfect for upgrading your commercial or corporate videos.

If that weren’t enough, the FS7’s native E-mount lens technology provides a high level of flexibility straight out of the box, an attractive feature to any shooter looking to craft the perfect look for each individual project.

Part of Canon’s much-celebrated L-Series of EF optics, the Canon EF 24-70mm f/2.8 II USM is a sturdy, reliable zoom lens that would be at home in any professional’s kit.

The lens features a large aperture at any focal length as well as the exquisite optical design that image-makers have come to expect from all Canon glass, rendering it formidable in terms of both speed and quality.

With improvements to features like dust sealing, water resistance, fluorine coatings on lens surfaces, and a zoom lock lever, the EF 24-70mm is also notably durable. A high-quality lens built to last and be fast, the Canon EF 24-70mm f/2.8 II USM is a workhorse for professional photographers and videographers alike.

Originally designed by a professional key grip, the Dana Dolly is a pragmatic camera movement solution for the modern independent filmmaker.

It is the go-to portable dolly system for making medium-sized dolly movements when you don’t have the frequently infeasible manpower, budget, or sheer volume of space required for more cumbersome traditional dolly systems.

Lightweight, customizable, and easy to use, the Dana Dolly divines its true strength from its simplicity. It’s a unique way to add maximum value to your production at minimum cost and a valuable tool that any filmmaker would be wise to consider.

As with all film equipment, you should definitely invest in some production insurance whether you decide to take out an equipment floater or an annual policy.

The Canon EF 70-200mm f/2.8 L IS II USM is the perfect lens for when you need to get up close and personal with your subjects.

Impressively, with the 70-200mm f/2.8 L IS II, Canon managed to improve upon its predecessor, one of the most celebrated lenses ever in the Canon EF line. While still maintaining all the fundamentally attractive characteristics of that lens, Canon somehow managed to improve on its overall speed, performance, and optical quality with this generation.

The II boasts robust new specs like a minimum focusing distance of 1.2m/3.9ft on all zoom settings and a next-generation Optical Image Stabilizer.

On top of all that, the II is built with the renowned durability of the L-series, making it the perfect glass for even the most challenging professional conditions.

The Sennheiser EW 100 ENG G3 Wireless Kit was originally intended as a tool for filmmakers engaged in Electronic News Gathering (“ENG”, for short).

Operators needed professional audio to be captured in-camera but also needed to cover other audio sources simultaneously, usually with a lavalier or handheld microphone. The ENG G3 Wireless Kit solved that issue by offering wireless transmitters and receivers suited for any basic situation in one complete package.

Highly adaptable and highly transportable, the G3 Wireless Kit is now used for more than just ENG work. Combined with portable recording devices, Sennheiser’s wireless microphone kits are a staple of professional audio capture on film productions of any type.

If you need to catch pro sound beyond the boom’s reach, a Sennheiser EW 100 ENG G3 Wireless Kit might be your ideal solution.

Topping the list of the 10 Most Rented Products on ShareGrid in 2019 is the Sony Alpha a7S II Mirrorless Digital Camera.

First released back in 2015, the a7S II is still popular for a reason: its flexibility at a reasonable price point is arguably without rival in the current marketplace.

The a7S II hosts an array of impressive features that would make most of its price-point competitors shudder. The camera is well-known and much-touted for its ability to shoot in low-light conditions.

It maintains the option of shooting in an S-Log3 ‘flat’ mode that’s ideal for color-grading. And it offers several professional-grade recording formats with user-friendly bells and whistles, like the ability to record 4K resolution footage directly onto SD cards.

While the products above may have been the most rented in 2019, we cannot stress enough that what you see here is only scratching the surface of what ShareGrid has to offer.

If the equipment you’re looking for is on the market, it’s on ShareGrid – at some of the most competitive prices you’ll find anywhere.

ShareGrid is truly built around community. Transactions are monitored, and every member is verified before their first rental, creating a safe, supportive environment for image-makers at any level.

Just make sure to purchase some film equipment insurance.

Traditional marketing tactics don't always work. At least, that's what HELO learned. In this post, see how HELO branched out from into immersive marketing and the lessons learned along the way.