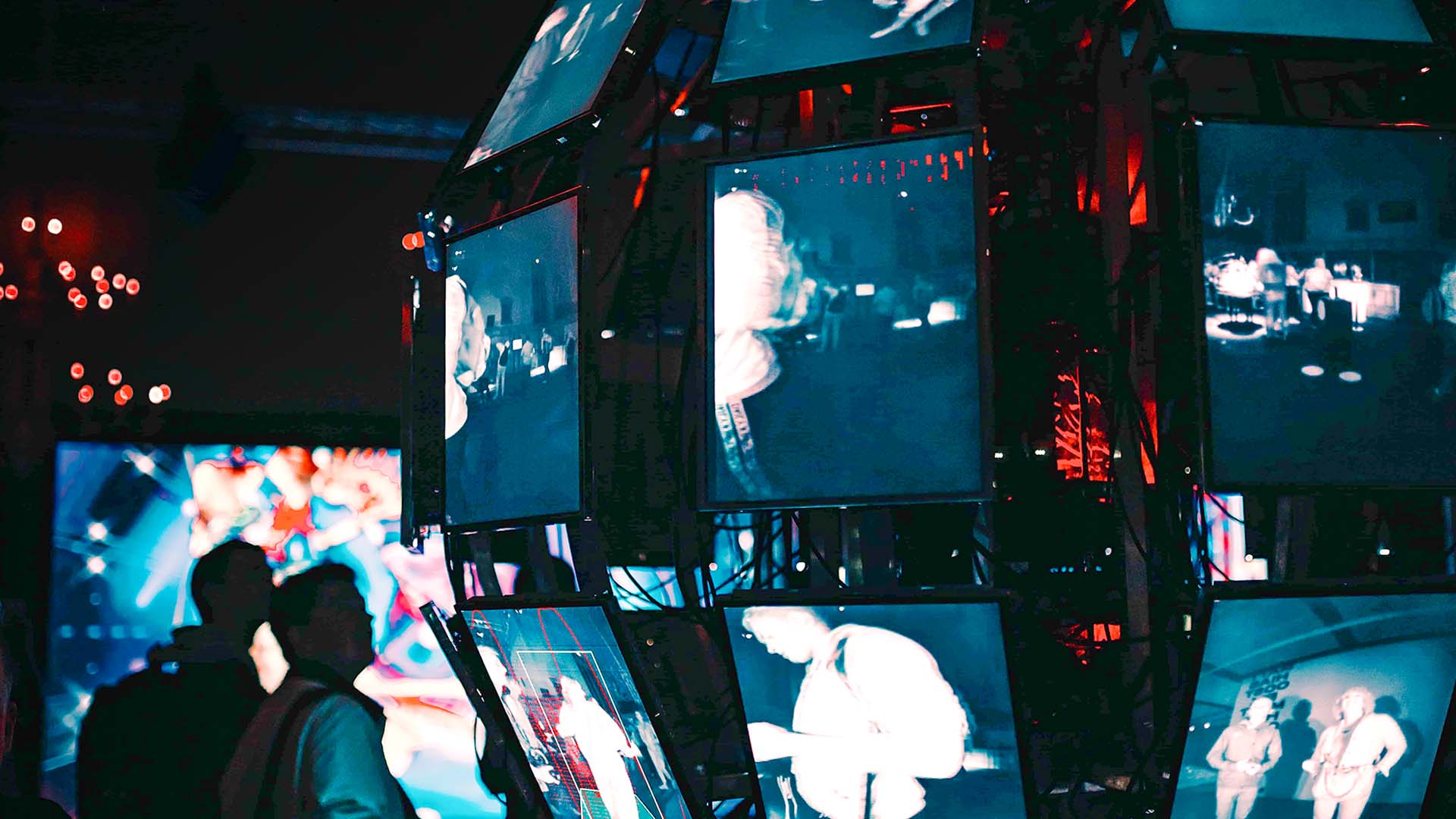 How has technology changed the film industry? From the earliest days of sequential photography to the introductions of sound and color to the birth of CGI, the intersection of tech and film innovations has propelled the moving picture from non-existent to existing everywhere all the time in less than 200 years.

And why stop now?

While most new technology in the film industry is disruptive by nature, the future of post-production is yet intimately linked to its past. Like many advances in film editing technology before it, algorithmic editing represents a marriage between modern science and historical principles.

At its core, algorithmic editing simply refers to the process of editing according to a set of well-defined rules. It’s like cutting your movie with math, not entirely unlike the practice famously pursued by Sergei Eisenstein- hardcore formalist and certified O.G. of Soviet montage- all the way back in 1925. Though most movies forego the formal rigidity of Battleship Potemkin, you would be hard-pressed to find a modern film that doesn’t incorporate at least a few of its schematic editing principles.

In other words, elements of algorithmic editing are already standard in post-production.

But film innovations in computer coding fundamentally change the game.

Algorithmic video editing can be used to automatically cut footage to match a particular style. It can be used to organize the mountain of materials shot during documentary production by visual identifiers, like faces or landscapes. In some cases, it can even be used to change the dialogue spoken by a performer after it’s been recorded.

While the future of post-production won’t likely fall to the robots anytime soon, the applications for algorithmic film technology in entertainment industry circles are becoming more and more practical. Algorithmic video editing is yet another tool that tech-savvy editors can use to optimize their post-production workflow.

Once a dream of science fiction, 3D printing began its journey to reality back in the 80’s as a potential manufacturing and prototyping solution. Today, we use this technology to print everything from action figures to organ tissues.

As a new technology in the film industry, 3D printing is being leveraged to push the limits of prop building, costume design, and more. This new tech’s unique strengths enable artists to design three-dimensional objects with an intense level of detail that would require countless hours of human labor to be replicated by hand. What’s more, 3D printing allows these objects to be altered and iterated with relatively little effort.

See how the stop-motion masters at LAIKA use 3D printing to revolutionize classic filmmaking methods.

3D printing is a simple but critical tool in the emerging future of filmmaking technology.

If 3D printing is a means of transforming digital ideas into tangible realities, the new film technology of 3D previsualization is the exact opposite.

3D previs (or pre-viz) revolutionizes the pre-production process by conjuring fully immersive, digital replicas of the physical sets or locations to be used on a live-action production long before actual cameras begin to roll.

The digital playgrounds of 3D pre-viz gift filmmakers the time and space to explore and experiment on their own clock and without incurring unnecessary expenses. Through the film technology of 3D previsualization, directors can better refine visual designs, production designers can increase construction precision, directors of photography can take the guesswork out of technical solutions, and producers can optimize the logistical flow of entire productions.

In the past, 3D previsualization methods have been notably costly and cumbersome, leading to a severe limitation of their use as film technology in entertainment industry circles of only the highest budgetary tiers. Now, however, 3D pre-viz is becoming more accessible than ever.

As it works its way into the mainstream, its open-ended software solutions are bound to carve out increasingly creative and efficient uses in the future of filmmaking technology.

Real-time rendering is a critical example of the new film technology associated with virtual production, an emerging set of practices through which filmmakers combine virtual and physical elements into one seamless whole. Real-time rendering is a powerhouse technical solution that allows changes to a digital environment to be made near-instantaneously, without the tediously long render times that once cramped the cinema CGI workflow.

Real-time rendering opens the door on an endless parade of film innovations that could exponentially increase a crew’s capacities for collaboration and experimentation. By being able to both see and alter the interactions between physical and digital components in literal real time, filmmakers can work faster with more precision and more options than ever before.

Watch the folks at Film Riot dissect the place of real-time rendering in the future of filmmaking technology.

While real-time rendering is intertwined with the most exciting examples of the latest cinema technology, this new film technology was birthed by the technical necessities of the video gaming industry. Both the Unreal Engine and Unity have harnessed the 3D freedom of video games to shape the future of filmmaking technology.

From traditional animation to green screen to hybrid filmmaking forms that are just now emerging, real-time rendering is changing the conversation for the ‘tech in entertainment’ circles everywhere.

For more on the wonders of virtual production as a whole, be sure to check out the Unreal Engine’s Virtual Production Field Guide Volume 1 and Volume 2.

5. The Internet of Things

The term “Internet of Things” (IoT) is used broadly to refer to the interconnection of various physical objects through sensors and software over a communication network. From smartphones to semi-intelligent doorbells, the Internet of Things weaves its way through most facets of our digitally-enabled lives.

And that goes for filmmaking too.

Wireless connectivity has been quietly revolutionizing the average film set for many years. Mobile video villages, focus rigs, and even camera control systems are now the norm in all but the lowest-budgeted of productions. However, these tools and many more have only recently become smart.

While IoT solutions are not exactly considered “new” tech in the film industry, their potential applications are becoming increasingly wide-ranging and complex.

Solutions based in the Internet of Things can help COVID safety officers, for instance, monitor crew movements for contract tracing. Alternatively, IoT solutions can help efficiently track the movement of equipment.

One study even suggests that the Internet of Things could collect rich metadata that directly connects the production context to its final product to “deliver compelling new consumption experiences which are personalized, location-aware, interactive, and multi-screen.”

So, how has technology changed the film industry?

Eventually, the Internet of Things might be able to tell us with more detail than we ever knew we wanted.

The Volume might be the most exciting new technology in the film industry today. This latest cinema technology is still fresh out of the creative oven, having been featured primarily in high-budget, high-profile projects like The Mandalorian and The Batman.

Volume technology refers to the usage of massive LED walls to display pre-recorded images in the background of a shot while live-action elements are filmed in the foreground— a process designed to achieve a seamless, in-camera composition of physical and digital components. It works on the same basic principle as the old-school film technology that is rear projection, except on digital steroids and without any of the major drawbacks.

With the aid of real-time rendering, the Internet of Things, virtual production tools, and the latest advances in camera technology, the Volume’s LED wall technology offers an easily customizable and highly immersive digital filmmaking solution, speeding up production times and amplifying the reality of VFX.

Watch ILM demonstrate the volume wizardry that went into The Mandalorian’s debut season.

For more on the Volume and virtual production, check out our deep dive into how The Mandalorian is opening a new frontier in film.

The camera may literally be the oldest technology in movie history, but it’s also the most dynamic. Advances in camera technology are constantly pushing the once-simple device beyond its pre-conceived limitations.

Like computers, cameras were once the size of a room, immobile and ultra-limited. Now, entire movies are filmed on iPhones, and cameras placed on flying robots are so common that you may need to buy drone insurance.

As a reminder, that’s the film industry of today, not tomorrow.

Designers, manufacturers, and home-brewed hobbyists alike are at this very second dabbling in the alchemy of photo science to achieve new and surprising results.

Cameras like the upcoming DJI Ronin 4D are combining features and capabilities in ways that many would have once thought impossible, placing the power of a Steadicam in the palm of anyone’s hand and enlisting AI to intricately pull focus.

Check out what leading cinematographers think of the groundbreaking DJI Ronin 4D.

And this is still the beginning. Revolutions in machine vision lenses and extreme micro-cameras are but a few examples of new film technology on the foreseeable horizon.

The inclusion of the camera on this list demonstrates an oddly compelling truth:

The future of technology in the film industry is today brighter and more expansive than ever before. This list contains only a few examples of the technological innovations popping up in every corner of the visual entertainment industry.

How has technology changed the film industry for you? Let us know.

And for more about the intersection of tech and entertainment, sign up for our newsletter or keep an eye out here- on the Wrapbook blog.