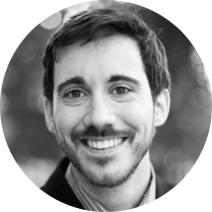 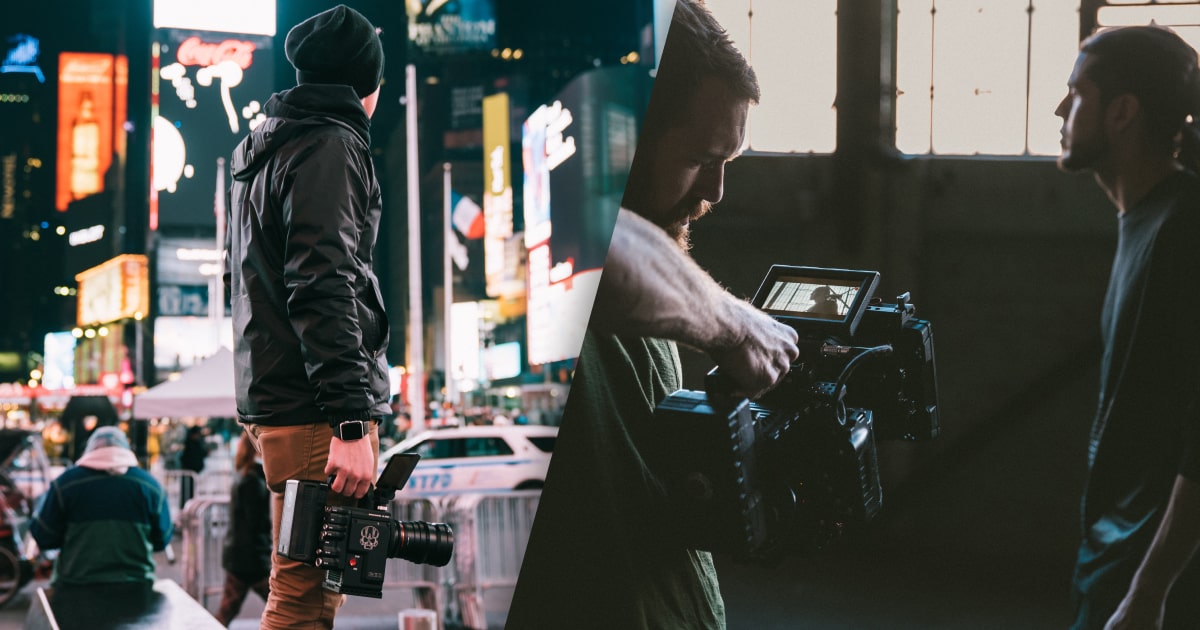 Appearing in countless films, from Spike Lee’s Brooklyn to Martin Scorsese’s Mean Streets, New York City is as much a character as it is a location. But before you can shoot your next commercial, music video, or feature in this iconic city, you’ll likely need an NYC film permit.

In this post, we cover all your essential questions about the NYC film permit — what it is, what it covers, how to apply for one, and how much a film permit costs in New York City.

We also recommend checking out our free ebook on NYC film permits below.

What is an NYC film permit?

A film permit is an official certificate from a municipality that gives permission for filmmaking activities to take place. Film permits are an essential tool that municipalities like New York City use in order to balance the needs of on-set film production with the needs of the surrounding community.

If you’ve ever applied for a Los Angeles film permit you may be surprised to discover handheld shoots do not require filming permits in NYC. However, if you have larger equipment, need parking privileges, or will utilize stunts, you likely will require a permit.

An NYC film permit grants access to city resources, like collaboration with the NYPD’s Movie & TV Unit, parking for honeywagons and production vehicles, and location assistance with government buildings, public parks, and some privately owned locations such as the Rockefeller Center.

That said, filming in city parks, bridges, subways, tunnels, or the interiors of city buildings may require additional permissions, like an NYC Parks film permit. For more information about NYC Parks film permits and other special cases, check out the NYC Department of Citywide Administrative Services’ website.

In the early 1960s, it was famously difficult to film in NYC. Producers had to apply for upwards of 50 permits per shoot, with many of the city’s most iconic locations impossible to access for all but the most resourceful productions.

But in 1966, Mayor John Lindsay completely overhauled the system, simplifying the New York City film permit process in order to stimulate film production and bring more jobs to the city by creating the Office of Film, Theatre, and Broadcasting.

What is the Office of Film, Theatre, and Broadcasting?

The Office of Film, Theatre, and Broadcasting (OFTB) is the official film and television permit office for all of New York City’s five boroughs. Unlike other municipalities like Los Angeles, which have several different jurisdictions for film permitting, the OFTB is a one-stop-shop for everything involving television and filming permits in NYC.

The OFTB is one of the four divisions of the Mayor’s Office of Media and Entertainment (MOME), the office that oversees the entirety of New York’s creative economy.

Do you need a permit to film in NYC?

If your production contains stunts or if you’ll be filming in a park, yes. If you need parking for production vehicles, probably. If you’re a small crew with handheld equipment, maybe not.

Current NYC film permits are required for any production:

You can also apply for an “optional permit.” An optional permit, as you might expect, covers productions that would not otherwise require a permit (i.e. a photoshoot by a credentialed member of the media).

Why bother with one? Unlike most anything else in the film industry, an Optional Permit is free, and gives you access to parking for production vehicles (an invaluable resource), access to the NYPD Movie & TV Unit, and other entitlements that you would get with a full permit.

If you have any doubt about whether or not your production requires an NYC film permit, lookup more detailed information on the NYC film permit office’s website.

How do you get an NYC film permit?

The application process for a New York City film permit breaks down into five steps.

Applying for a New York film permit begins with securing insurance for your production.

At least 48 hours before you submit your online permit application, you’ll need to submit a Certificate of Insurance (COI) to the OFTB via email at insurance@media.nyc.gov. However, the COI cannot come from you; it must come directly from your insurance broker. It looks something like this:

You’ll also need to validate this information later in the application process by providing your company name and insurance policy number. Since it’s important they exactly match the name and policy number your insurance broker submitted in your application for an NYC film permit, lookup both beforehand.

2. SET UP A PRE-PRODUCTION MEETING

The OFTB requires narrative features and television, as well as elaborate music videos or commercials shooting outdoors to schedule a pre-production meeting.

The purpose of this meeting is to review production schedules and shooting plans. Generally, your location manager and production manager should attend, as well as members of the OFTB, and representatives of other relevant agencies.

The OFTB prefers that you schedule this meeting three weeks before the start of your shoot. However, it must be scheduled at least five business days before shooting begins.

This meeting will help you to know exactly what to request on the permit application, so your production will have the logistical and municipal support it needs to be successful.

After the pre-production meeting, it’s time to submit your New Project Account application.

Completing the application is a relatively straightforward process. You’ll need to provide information on your production including the budget, size of the cast and crew, and your insurance policy number.

Once the application is finished, it will take 2 to 3 business days to process. If you’re applying to shoot in Times Square, it can take up to 7 business days. So start early!

4. PICK UP YOUR PERMIT

You’ve secured a NYC film permit. Congratulations! Now make sure you get a physical copy of the permit to keep in your wrap binder and have on hand during your shoot.

Be sure to also take a picture so you always have a digital copy handy on your phone and your production’s shared storage folder. You can easily store a digital copy of this and other startwork in Wrapbook's documents tab.

When filming in a residential neighborhood or a business district, you’ll need to properly notify each merchant or neighbor that is directly affected by your production (including base camp, parking, and catering areas). This needs to be done at least 48 hours before you begin filming at the location.

In order to notify the community, OFTB recommends using this sample resident letter as a template, and personalizing it for your production.

In addition, you’ll need to reach out to the local Community Board, City Council District, and Business Improvement District. Reaching out to these organizations doesn’t just make production smoother, it helps connect your film to a long-term plan for bettering the lives of the community’s residents and businesses.

6. FILE FOR DCAS AND PARK PERMITS

If you’re filming in the Manhattan or Brooklyn Municipal Building, other municipal or borough properties, or in certain public parks like Central Park, you’ll need to file a separate Parks or DCAS (“Department of Citywide Administrative Services”) permit application. A DCAS permit is different from a typical OTFB required film permit, so when filling out the application make sure you select “DCAS Permit” from the permit type.

For other public properties, like bridges, tunnels, or the subway, there is not a separate permit, but you will need to seek additional permissions.

If you are running a small, handheld shoot and you need to film on sidewalks and city property, you can apply for an optional permit. These are free and give you access to many of the privileges that current NYC film permits grant to the productions requiring them, including parking and support from the NYPD Movie and Television Unit.

To get an optional permit, you can apply either by fax or in person by using this form. If you choose to apply by fax, fax your application to 212-262-7677 (you must provide a fax number in order to receive the approved permit back). You can also apply in person at OFTB at 1697 Broadway, 6th Floor, Monday through Friday from 9am - 4pm EST.

How long does a NYC film permit cover?

A New York film permit covers one day of filming. Shooting multiple days? That means you’ll need to get a separate NYC film permit for each day of your production.

Do you need a separate NYC film permit for each location?

The one exception is public parks and City property. As both have their own permit process mentioned above, productions at these locations require an additional Parks Permit or DCAS Permit, respectively.

What are NYC’s insurance requirements?

Insurance coverage is mandatory for productions that require an NYC film permit.

The insurance requirements for New York City film permit are simple: productions must have at least $1,000,000 in General Liability insurance and must name The City of New York and OFTB as additional insured, a standard requirement for any production insurance policy.

How long does it take to get an NYC film permit?

If you’re shooting scripted films or TV, or elaborate music videos or commercials, you will not be able to apply for permits until you have scheduled a pre-production meeting with OFTB, at the latest five business days before the start of filming.

All things considered, getting a film permit requires time: time to get an insurance policy that works for your production, time to write a quality application, and time to allow OTFB to review your permit application. Starting early, and working with a knowledgeable production insurance broker can make the process a breeze.

How much does a film permit cost in New York?

However, as mentioned above, optional permits are free, and many small productions don’t require permits at all.

Finally, if your film requires a permit, but you can demonstrate that the permit fee presents an unreasonable hardship, you can apply for a waiver of your permit fee. You can include the waiver when you submit your permit application, and OTFB will review the waiver to see if they are able to waive the fees in your case.

Getting an NYC film permit is a fairly straightforward process meant to ensure film productions and local communities have a mutually beneficial relationship, now and for years to come.

By leaving ample time to go through the NYC film permitting process, you can make sure your next Big Apple production is sufficiently and officially sanctioned.

If you're filming in LA, be sure to check out our guide on Los Angeles film permits and download our free ebook, which covers everything you need to know about the LA film permit process.

Adam is a production insurance broker at Wrapbook. Before getting into production insurance, he was an Assistant Director on non-union films, as well as, a nonprofit director in Baton Rouge. He is also an avid creative writer, home brewer, and fan of his hometown Jacksonville Jaguars.