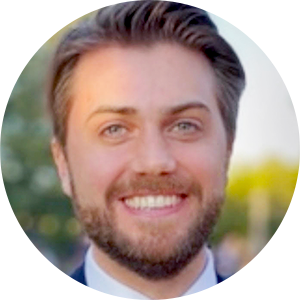 Bond Your Film: A Simple Guide to Completion Bonds 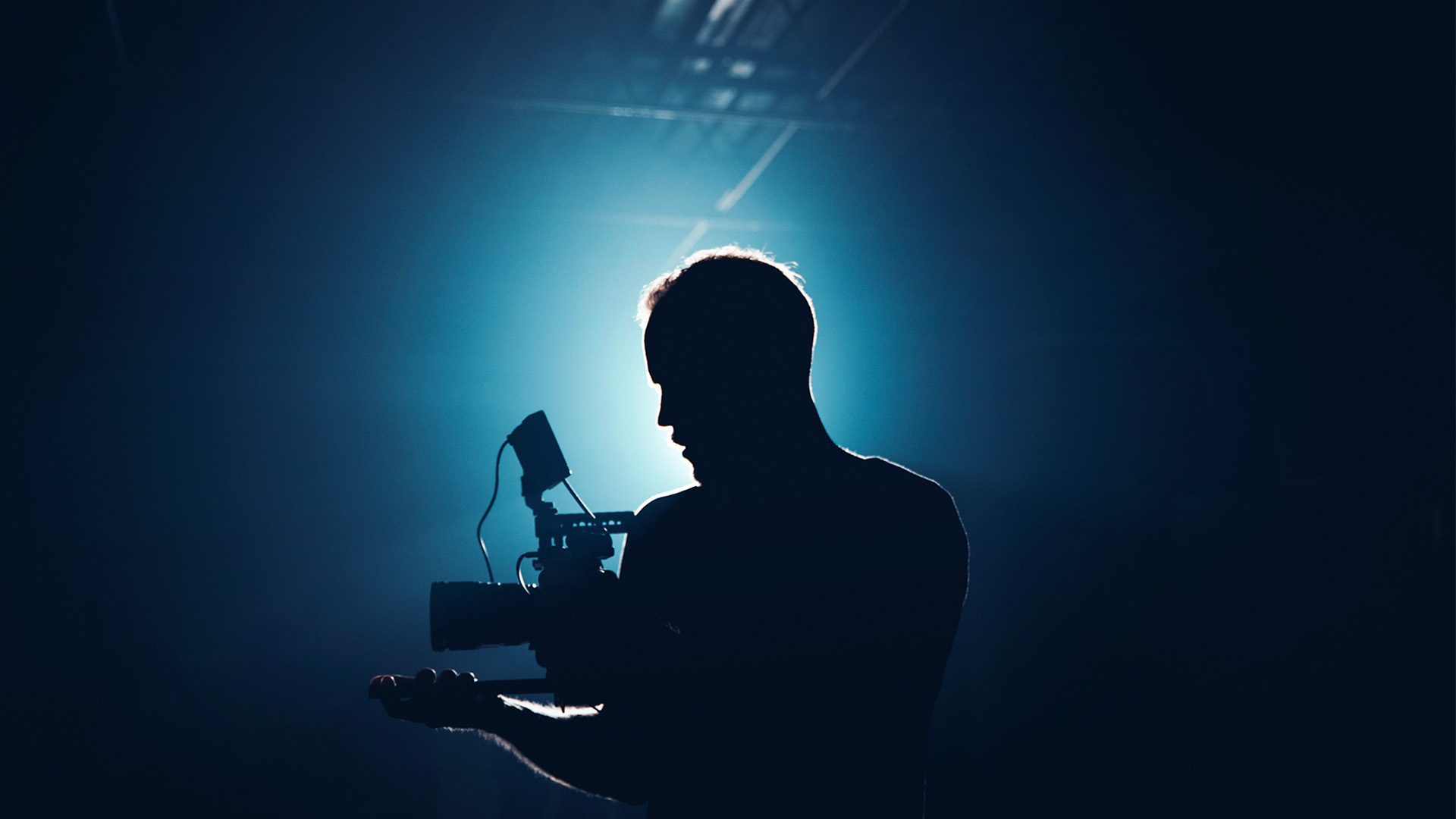 You did it – you found financing for your indie film. One problem: your backers want assurances that your film will be finished. Luckily, you’ve taken out a completion bond.

A completion bond – or film bond – is like an insurance policy. It mitigates the risks of producing a movie. A bonded film is guaranteed – and in this post, we’ll see how and why.

What is a completion bond?

You’re a veteran producer and you believe in your team. You’ve built a budget and you know that with the funds in hand, you can deliver an exceptional movie. But to your investors, funding your film may still seem like a big risk.

A completion bond distributes that risk. It’s an insurance policy for your film.

Film completion bonds are agreements between three parties: your production, its investors, and a film bond company.

The film bond company acts as a guarantor. The bond company guarantees that the film will be completed on time and on budget.

If, for whatever reason, your film goes over budget, the completion bond company will provide the extra funds necessary to get the job done.

If – through some unforeseen disaster – you fail to deliver the film on time, the completion bond company is usually empowered to take over production and get the film done by whatever means necessary.

So: a film completion bond ensures your investors can rest easy. No matter what happens, the completion bond company has the power to ensure that either the film is completed and released, or the investors get their money back.

How much does a completion bond cost?

If you’ve been reading along closely, you might be wondering: why should a film completion bond company assume so much risk? After all, in any of the scenarios outlined above, the film bond company is on the hook!

The answer is that, like any entertainment insurance company, a bond company has a sophisticated system for assessing risk and deciding how much to charge for its services.

For a typical film bond, a bond company will charge an up-front fee of about 3 - 5% of the net production budget – plus or minus additional considerations based on the bond company’s risk assessment. This allows the company to charge a fair fee regardless of what tier of low-budget indie you’re making.

A bond company will do extensive due diligence about your production, especially your budget. They will try and foresee any and all production challenges and build those anticipated risks into the fee they charge for the completion bond. More on this below.

The bond company will likely require you to raise the “strike price.” This is the amount the guarantor thinks is needed for making the movie. It includes the production costs, contingency allowance, and the completion bond company’s fee.

Do you really need a completion bond?

If you’re an independent producer who’s disciplined about saving money when making a film, you might think film bonds are a waste of precious cash. After all, you have no plans either to deliver the film late or to go over budget. Why should you also budget for a completion bond? Why won’t the investors trust your competence and your word?

This is where the insurance analogy is useful. No one plans to get sick or get into a car accident, either – but these things can happen, often by no fault of our own.

The problem with an incomplete movie is that it’s worthless – nobody will want to watch something that’s not finished, so it can’t be released. Either a movie is done, or it’s a huge financial loss.

Your investors are taking a risk, for which they expect a return – and even a routine budget overage can eat into their profits.

The fact is, most experienced film financiers simply won’t work with you if you don’t provide a completion bond. Film finance is a small world – you want to keep your investors happy so that you can make another film!

How to bond a film

Getting a completion bond for your film can often be a long and complicated process. Like any insurance concern, the whole process can seem intimidating. Luckily, the company itself will handle most of the difficult stuff. Here’s what you need to do.

You can’t bond your film without a film bond company to bond it, can you?  Fortunately, there are lots of film bond companies in business. While a simple Google search will turn up a wealth of options, here are a few to start with:

As noted above, the price for a completion bond is pretty standard, so look for a company with a proven track record that understands the filmmaking process. Saving money will do you know good when you’re arguing with them about why you can’t just “green screen everything”.

In addition, your financiers may also have a completion bond company that they prefer. Whether out of habit or hard-earned experience, there might be one they do business with more than others.

A completion bond company will usually require you to compile and submit an extensive list of production-related and legal documents.

The production documents include:

The legal documents include:

You’ll need to prepare these documents anyway as you move toward production – so it shouldn’t be hard to also secure a completion bond.

Once you submit the documents to the completion bond company, experts at the bond company will perform their due diligence and do a risk assessment. This means examining your paperwork and approving your plans regarding script, budget, cast and crew, key agreements, business plan, and production insurance.

The bond company might also purchase secondary insurance to underwrite the film bond itself, which can be claimed in case the production is abandoned. This ensures the repayment for lenders and financiers, as stated in the agreement.

Your key production personnel are particularly important to the completion bond company. The company will closely vet any large stakeholder in the production process, especially people who have control over spending the budget. This can include the production accountant, the producers, the line producer, the first unit assistant director, and (especially) the director.

Bond companies typically include a “right to assignment” clause in their agreements. This allows them to remove or replace a crew member who is proving a hindrance in the production process. This can include everyone from grips to PAs to even the director themself.  Anything to get the movie finished.

The film bond company has tremendous power to make sure the movie gets made. Luckily for everyone, they almost never have to use it.

Finally, the bond company will also pay close attention to the cast members' contractual dates to ensure some leeway in case of production conflicts. Film bonds give bond companies a lot of flexibility to ensure results.

Based on the amount of money you’ve raised so far, the completion bond company will lay out a detailed financial plan. Here, the film bond company will outline financial and closing costs as well as repayment to lenders (after interest – which will accrue over the production period).

The completion bond company will take its upfront fee before releasing your funds and will also plan for a contingency budget in case of a budget overage.

As we said earlier, you can get extra funds released if you overshoot your budget.  However, you will need your bond company’s approval, and they will want a detailed account of what happened and why you need more.The bond company may also provide additional funds beyond the contingency budget if needed.

Once the process of underwriting is done – all due diligence, risk assessment, and budget allocation for your project are complete – the bond company will approve the project and agree to insure your movie.

The bond company will clearly indicate the beginning and end of its liability period – generally beginning with principal photography and ending with film distribution.

Once production starts on your bonded film, the completion bond company will monitor production to make sure you’re on track for budget and timeline.

In some cases, the bond company may also assign representatives to visit your sets to oversee the entire production process, ranging from Pre-Production to Post-Production.

You might have to provide the completion bond company with daily reports, call sheets, cash flow statements, monthly progress reports, and more. The company’s representatives may also be involved in the scene reviews, progress checks, and visits that mark the post-production stage. You can consider the bond company to be another production manager on your project.

It’s all worth it to keep your investors satisfied with a film bond.

If you want to make your independent production a reality, it will most likely need to be a bonded film. Otherwise, lenders and financiers are unlikely to take the risk. It’s just like any other kind of entertainment insurance. You can’t start until you have it.

Nathan Hilgartner is a writer living in Brooklyn.