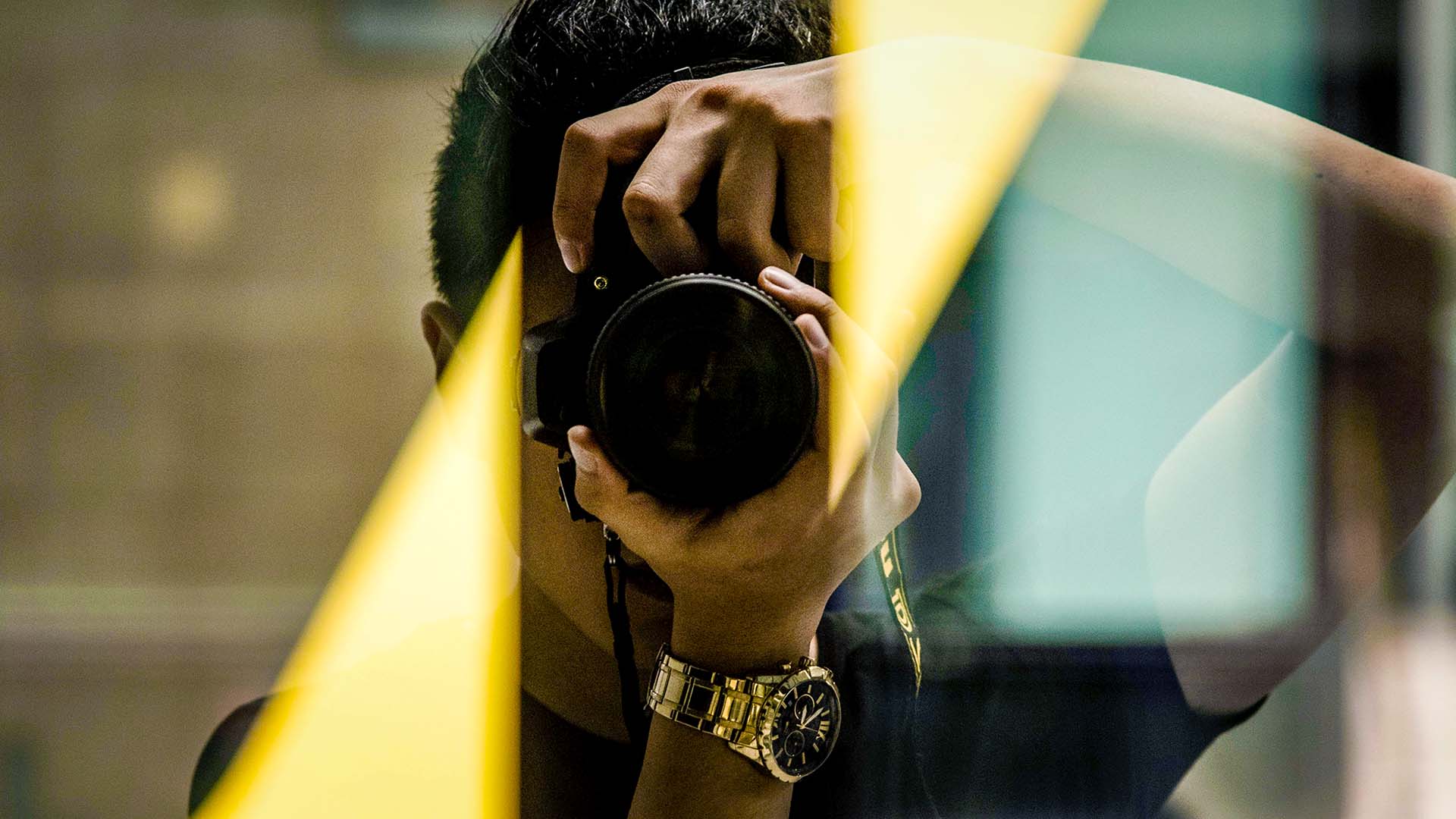 Assembly Bill 2257 (AB 2257, for short) significantly alters a critical statute governing worker classification in the state of California. If you’re a freelance photographer, Assembly Bill 2257 could impact the way you conduct business.

To help you stay ahead of the game, we’ve put together this guide to California AB 2257 for photographers. Below, we’ll walk you through a basic California AB 2257 summary and highlight specific changes that you should understand before your next shoot.

Note that this post is for informational purposes only and should not be misconstrued as legal advice. Be sure to consult with your own legal, accounting, or tax advisors to see how this information best applies to your unique circumstances.

Let’s start with some important background on California AB 2257.

Assembly Bill 2257 expands, amends, and clarifies California Assembly Bill 5, a statute enacted by the state legislature in 2019 to standardize worker classification tests. Assembly Bill 5 codifies a more rigid set of criteria that workers must meet in order to be classified as an independent contractor instead of an employee.

With Wrapbook, producers can easily pay both contractors and employees with just a few clicks, but knowing the difference between the two is critical for tax compliance and employee benefits.

Under AB 5, workers are considered employees by default unless the employer can establish that the worker meets the following three criteria:

1.  The worker is free from the direction or control of the hiring organization over the performance of work.

2.  The worker’s task is outside the usual purview of the hiring organization’s business.

3.  The worker customarily operates independently from the hiring organization.

Worker classification methods are important because employees are entitled to certain benefits that independent contractors are not, like overtime and workers’ compensation, among others. Assembly Bill 5 was intended to protect workers by preventing misclassifications that would deny them benefits they rightfully deserve.

However, there’s a bit of a catch.

The trouble with Assembly Bill 5

Upon its enactment, Assembly Bill 5 was almost immediately challenged in court. Criticism from both hiring organizations and (former) independent contractors centered on how onerously difficult it was to prove all three criteria, particularly under the circumstances usually associated with freelance work. It was noted that many clearly independent workers (like writers, truckers, and- of course- freelance photographers) would likely not pass the three factor test.

For more on this, watch the video below.

While the intent of Assembly Bill 5 was positive, its rigidity sparked an understandable backlash from the freelance community. It became clear that AB 5 would need further refinement.

California Assembly Bill 2257 amends AB 5 to better reflect the real-world circumstances of freelance work. In essence, it's a patch to a the pre-existing law. There are some tweaks to the original language, but the big change in AB 2257 is the list of exemptions.

Yes, photographers are among those exemptions.

From fine artists to copy editors to cartographers, California AB 2257 now exempts approximately 109 groups of professionals from the confines of its three-factor test. The full list is too great to include here, but if you're concerned, consult the text of the bill.

Note that Assembly Bill 2257 does not exempt these occupations and business relationships from all worker classification tests. Just the ABC Test. You still have to abide by AB 5's other rules!

No AB 2257 summary would be complete without mentioning the Borello test.

According to Assembly Bill 2257, all workers exempted from the three factor ABC test are still subject to the Borello test.

The so-called “Borello test” is an older, multi-factor worker classification test devised by the California Supreme Court for a case back in 1989. It was built around determining whether or not (and to what degree) a given worker has control over the performance of their work.

The Borello test uses thirteen distinct factors to probe the relationship between workers and hiring organizations. Critically, no individual factor among the thirteen controls the classification. Each is equally weighted.

The mandate of the Borello test is to consider “all potentially relevant facts” in an attempt to address the unique circumstances of each worker.  Therefore the Borello test is considerably more flexible in its determination of independent contractors and employees.

Of course, this flexibility is a double-edged sword. On one hand, both AB 5 and AB 2257 are fundamentally designed to counter the purposeful misclassifications allowed  by the Borello test’s loose requirements. On the other, the loose requirements of the Borello test are also what allow it to correctly classify the many positions found on the AB 2257 list of exemptions.

In other words, the Borello test works really well in some independent contractor situations but creates problems in others. Assembly Bill 2257 attempts to bring the best of both worlds together by specifying occupations for which the Borello test is appropriate.

With that in mind, let’s talk about how Assembly Bill 2257 might affect your photography business.

What does Assembly Bill 2257 mean for photographers?

The short answer: freelance photographers can work as independent contractors more easily. They'll no longer be subjected to the 3-Factor ABC test.

Most of the added responsibility from Assembly Bill 2257 falls on the shoulders of hiring organizations. It's their job to classify employees correctly.

Below, we’ll break down five simple steps you can take to make sure your photography company is ready for Assembly Bill 2257.

The primary concern underlying AB 2257 is that it might affect client-freelancer relationships. If a freelance working arrangement isn’t  exempted from the ABC test or  fails the Borello test, the freelancer should be considered an employee.

This makes the freelancer more expensive to the hiring organization  This may put the working arrangement in jeopardy.

Thorough recordkeeping is a must for any business, but it’s imperative for photographers and those hiring photographers. Maintaining a well-organized paper trail is arguably the best defense against warranted scrutiny and malfeasance alike.

Good payroll software like Wrapbook can be invaluable here. We store all relevant data in one secure location. When you need it? It's there.

If a relationship with a client comes into question under AB 2257, documentation can help you either prove that the relationship is legitimate or prove that you’re being denied rights to which you are entitled. In either situation, having the right records on hand means you have the best tools to help you make your case.

Do you ever hire additional crew for your shoots? If so, make sure that your business relationships are defined in compliance with Assembly Bill 2257. You may find that you need to reclassify some independent contractors as employees in order to avoid legal action.

If that’s the case, Wrapbook can help you adjust as fast as possible.

A one-stop payroll and production insurance solution, Wrapbook puts more power directly into its users hands. You can easily pay both independent contractors and employees with just a few clicks from a single, streamlined interface.

Check out a demo today.

Labor laws change. As a freelance photographer, staying up to date with these laws and how they might affect you is in your best interests. The task may not be fun, but it is an important part of running a business.

One way you can stay up to date is signing up for our newsletter, where we share product information and important explainers on industry matters. Just like this one you're reading now!

After all, what is AB 2257? It is an attempt to make California labor law better reflect reality. As reality continues to evolve, labor regulations will- hopefully- continue to evolve alongside it. Stay up to date to both protect yourself and make sure you never miss a new opportunity.

While Wrapbook strives to offer the highest quality of information and resources, this post should not be considered legal advice. Only a lawyer or qualified legal professional should be trusted to review how Assembly Bill 2257 affects your unique circumstances.

Reach out to a lawyer before making any significant changes to your business.

California Assembly Bill 2257 codifies critical amendments to Assembly Bill 5. While the language of the law is dense, its effects are relatively simple. AB 2257 creates more flexibility for professional photographers and other freelancers.

AB 2257 effective dates began all the way back in September of 2020, which means that the bill is active now. However, with just a little due diligence, AB 2257 will blend into your photography business as easily as testing lenses and finding perfect studio spaces for your next shoot.

Why You Need to Become a Business-Savvy Filmmaker

Gone are the days when being a struggling artist was an accepted part of the creative life. David Alvarado discusses how to become a business-savvy filmmaker.