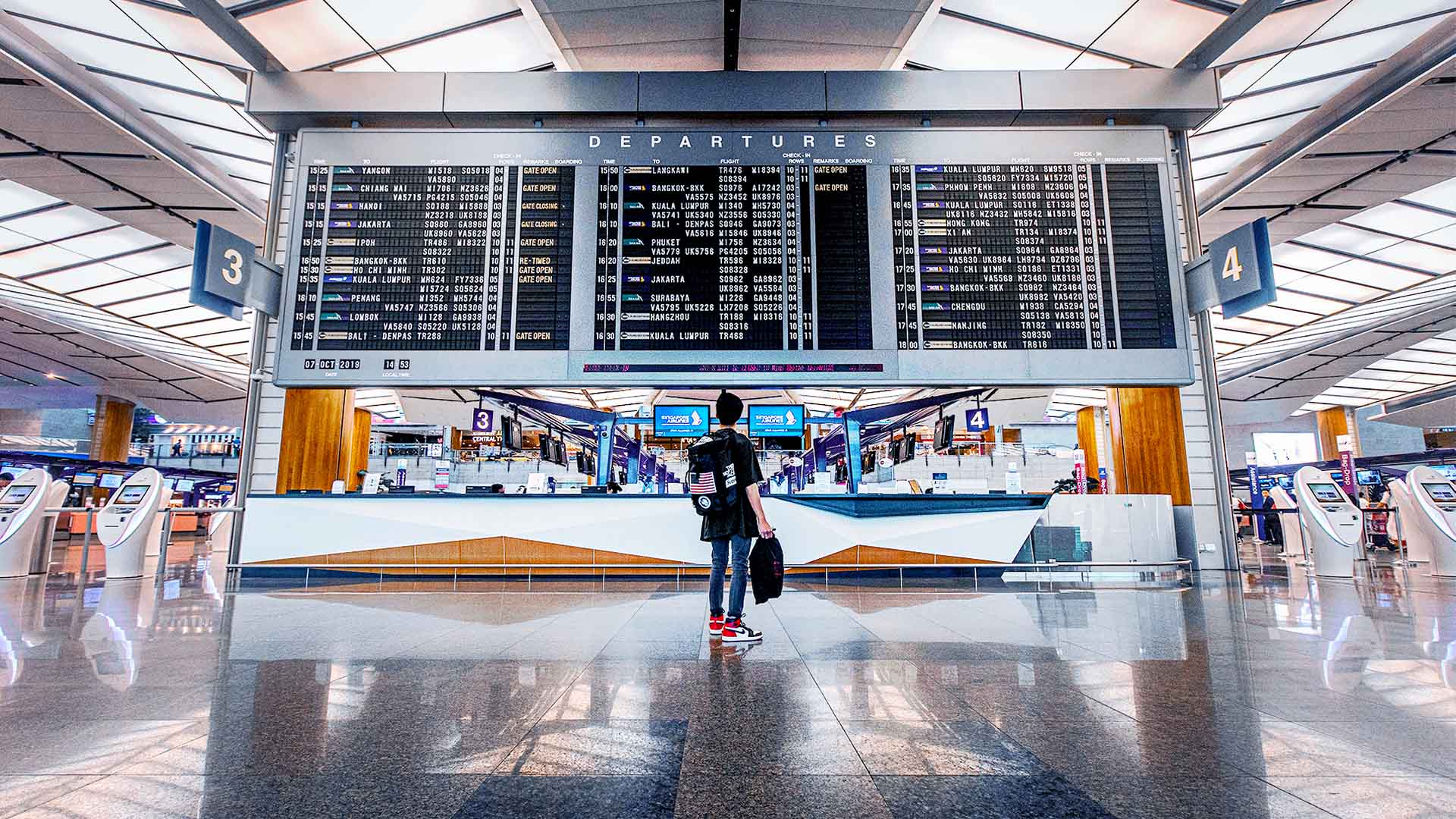 It’s a well-established fact that finding the right filming location sometimes means traveling out of the city, state, or even country.

For productions, it’s also a well-established fact that traveling is expensive.

To help you get to set without breaking the budget, we’re breaking down 7 tips you can use to mitigate crew travel costs on your next project. The tips below are general and relevant to film, TV, and commercials--with some specific exceptions.

So grab your bags, climb aboard, and settle in for a quick tour of everything you need to know about film production travel costs.

Tip #1: Get familiar with the Zone (and how it affects your budget)

On union productions, the Los Angeles Studio Zone is the first and arguably most powerful driver of film production travel costs.

Also known as the “Thirty Mile Zone” or simply “The Zone,” the Los Angeles Studio Zone is an area determined by a 30-mile radius centered in Los Angeles that some unions use to determine the rules by which qualified crew members will be paid.

In other words, your production’s geographical relationship to the Zone can drastically alter the amount you’ll ultimately spend on payroll.

Exactly how your proximity to the Studio Zone affects your production can vary according to whether it is inside, outside, close to, or far from the Zone. On top of that, there are exceptions to some individual guidelines, and specific rules may be subject to change on a union-by-union basis.

However, though the Zone’s regulations can be complex and varied, they always operate by the same basic principle:

If a production chooses to shoot outside of the Zone, its crew must be paid more.

Understanding the basic functions of the Los Angeles Studio Zone is critical to calculating how location choices impact your budget.

Individual union requirements can have a massive impact on the cost of production travel. Beyond mandates regarding the Studio Zone, unions often dictate standards for crew lodging, transportation methods, meals, per diems, work hours, off time, and other cost items connected directly to travel.

The ability to accurately calculate the total of these costs in advance can make or break a production’s budget. Building your crew list as early as possible and educating yourself about the relevant union guidelines is a crucial component of ensuring that all financial projections are precise and that your production is adequately protected against unexpected expenses.

As with the Studio Zone, it’s important to remember that separate unions maintain separate guidelines for their separate membership bases. There is no blanket rule for union crew travel mandates, and you’ll need to check in with each relevant union individually, whether it’s IATSE, SAG, or any of the other film unions or guilds.

One of the most straightforward methods of reducing crew travel costs on any production is to simply reduce the number of people that need to travel.

And in the age of computers, the internet, and digital photography, it’s often surprisingly easy to do so.

To illustrate, just consider a typical location or tech scout.

When shooting locally, the primary costs of any kind of scout are the day rates of those crew members present. As such, the cost of bringing an extra member on the scout is often outweighed by the expertise they bring to the table and can contribute to pre-production.

The production designer might benefit from the set decorator’s presence. The gaffer might find value in their best boy’s analysis. The production department might see fit to bring along a PA.

When shooting out of town, however, the cost per crew member will multiply, sometimes exponentially. In that case, the balance of value can shift dramatically.

Is it better to pay for the set decorator’s airfare or to take thorough photos and videos of each location? Is the best boy’s opinion worth what you’ll pay for their hotel room? Is the PA’s presence worth an extra day of crew travel production costs?

Whenever working out of town, choose your traveling personnel wisely. Doing so may make the difference between coming in under budget and incurring serious overages.

Of course, cutting down the number of travelers on a scout is easy, but how can you possibly do the same for an actual shoot? How do you go about budgeting crew travel costs with fewer crew members when you’ll inevitably need a full crew on location?

In other words, how do you shrink crew travel production costs without shrinking the crew itself?

While traveling with key crew members is usually essential, that’s often not necessarily the case for the majority of a production’s crew. The fact is that most major metropolitan areas maintain a population of professional filmmakers who may be able to fill out your crew roster without driving up your costs.

The benefits of hiring local can be both diverse and numerous, but the effect of their presence is most directly observable when budgeting crew travel costs.

The math is simple:

And, by the way, that’s only the tip of this financial iceberg. If you plan well, hiring local could save you even bigger bucks in the long run.

Taking advantage of relevant tax incentives can not only mitigate your film production travel costs but also put a massive dent in the cost of your production overall.

Many major production states offer some form of tax credit incentive to encourage production within their borders. Georgia’s film tax credits were a significant factor in turning Atlanta into the production hub that it is today. New York state’s commercial tax credit program specifically entices advertising dollars into NYC and beyond. Even California offers film tax credits to further secure its long reign as America’s movie capital.

In the above cases and many more, productions that work to travel smart can reap huge benefits from a mutually beneficial situation with their state of choice.

To see if your next production might qualify for a tax incentive, start by checking out our state-by-state list of film industry tax incentives.

Tip #6: Look for savings in everything

Before making any final decisions in budgeting crew travel costs, take the time to go through your production schedule with a fine-toothed comb. You may find opportunities to minimize the number of film production travel days or to maximize the value you can squeeze from crew costs.

Whether it’s choosing the most cost-effective hotel or using carpools to limit transportation fees, savings on even small expenses can make a big difference when added up.

But scouting for savings isn’t limited to preserving cold hard cash. Searching for time-saves can be equally sound for your budget.

In any industry, efficient operations are key to financial success, and film production is no exception. It’s important to remember that budgeting crew travel costs is not just a matter of dollars and cents but also of minutes, hours, and days.

New technologies are changing the film industry all the time, in every corner, including the ones that incur crew travel production costs. Innovations in virtual production stagecraft and 3D previsualization can reduce both the length and necessity of location shooting and associated crew travel costs.

But digitization can positively impact the more pragmatic practices of running a production company– practices like payroll and onboarding.

While software may appear pricey at the start, production teams regularly spend too much time chasing crew down for paperwork, too much energy organizing documents, and too much sweat tracking down payments. This wasted time adds up. Implementing better technology should be at least considered.

Because with real-time payroll solutions, your menial tasks go on auto-pilot and you can spend more of your energy on higher-leverage tasks. With digital payroll, production companies get a level of visibility into expenses (and crew travel production costs) that would be impossible in a purely analogue world.

The transparency provided from digital payroll allows production companies to budget more effectively, and in many cases, wrap faster. (For some specific stories on the subject, navigate here.)

Aside from streamlined payroll and onboarding, Wrapbook allows production companies to manage crew travel a bit more efficiently than previous manual solutions. It’s the little things to make crew lives easier so they don’t ask HOPs or even the company’s coordinator a million questions.

When filling out digital timecards, Wrapbook automatically displays or hides travel days when appropriate to ensure that crew fills out only the information they need to fill out.

As an FYI to those who already love the software, Wrapbook can also automatically calculate IATSE, Teamsters, and DGE timecards nationwide.

Ultimately, every tip on this list speaks to a single, fundamental truth. In the quest to mitigate film production travel costs, there is no task more important than simply choosing the right location.

The decision to travel on a production should never be taken lightly. The creative needs of a project must be carefully balanced with its budget realities. If a decision is made without giving due consideration to both, that decision could very well lead its production straight into disaster.

The labor of mitigating film production travel costs begins long before any individual travel costs are actually incurred. The processes of scouting and booking locations should be strategic by nature. Aesthetics, logistics, and financials should all be gamed out, with their relative importance and level of urgency openly acknowledged by everyone involved in the relevant discussions.

In the end, it’s not just about what looks best. It’s about what works best for the production overall.

If you need a location release form, grab one here.

The price of travel is high in the world of film production, but that doesn’t mean it’s impossible.  Film production travel costs can be minimized through a combination of diligence, attentiveness, and creativity.

Though, there are some more concrete do’s and don'ts depending on who you’re working with and where. If you’re working in California, discover the ins and outs of travel day costs under the IATSE commercial contract in this next post.