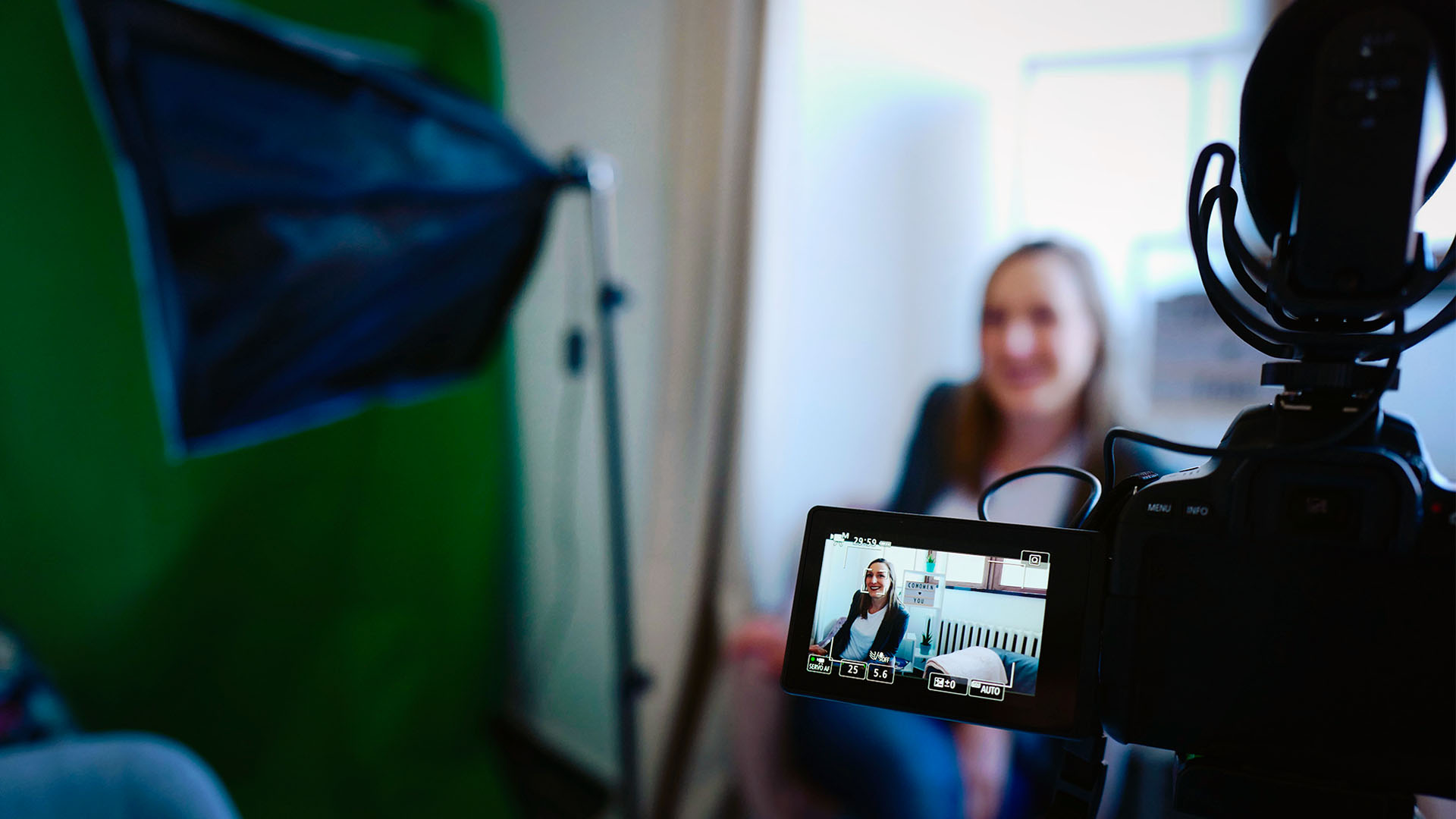 Figuring out how to pay actors a fair wage is critical on any shoot, but knowing exactly how much to pay them can be a challenge, particularly if your production is on the lower end of the budget spectrum.

Whether you choose to cast SAG-union or non-union talent, this post answers many of your questions about how and how not to pay actors. We’ll talk rates, budget scales, payroll practices, and even break down a few tips on how to fit professional performers into your next budget.

What is a low budget film?

Let's start by defining our terms. What is a "Low-budget" film. After all, what Disney considers "low-budget" would probably blow the doors off any indie producer.

Well, luckily, the Screen Actors Guild defines this for us with the "Low Budget Agreement." This is an agreement SAG-AFTRA has made with the studios and producers (represented by by the AMPTP). It covers all films made in the United States with a budget of $2,000,000 or less.

There are different classifications under this agreement that govern the minimum actors can be paid. We'll get to those later, don't worry. Of course, non-union productions aren't bound by the same rules and classifications as their union counterparts. However, non-union films with budgets larger than $2,000,000 are vanishingly rare, at least in the United States.

Thus, we believe that SAG-AFTRA's definition will serve as a good rule of thumb for our discussion.

You always want to pay actors a reasonable day rate, but the fact of the matter is that not everyone out there has Marvel money. A performer’s rate will vary according to so many variables they could fill a phone book. What’s worse, the vast majority of them are totally out of your control.

The best way to determine how much you should pay your actors is to first figure out your budget limitations. What is the maximum amount that your production can afford? How much wiggle room do you have with that number? Are there ways to free-up cash in case of an emergency?

The more flexibility your budget has, the more complex negotiations and strategy can become. Ironically, the bright side of casting for low budget productions might just be that their budgetary options are relatively limited.

In any case, you should always make a point of determining what you must pay your actors. You’ll have to figure out what rates are required of you by laws and other professional guidelines. This means you’ll need to first understand what regulations are relevant to your specific production.

In the film industry, wage restrictions break down into two primary categories: union and non-union.

How much do you have to pay actors on a union production?

SAG has separate rules for how much to pay actors for short films, feature films, television shows, commercials, and much more. It’s further divided by budget tiers and even performance types. If you need to figure out how much to pay a voice actor, for instance, SAG has a whole list of agreements regulating how much to pay voice actors based on production type.

We break down all types of SAG wages in detail in our Essential Guide to SAG-AFTRA Rates post.

For the purposes of this post, we’ll assume that we’re only talking about rates for a low budget, independent feature film intended for theatrical distribution.

Once we’ve determined the performance and production type, figuring out a SAG actor’s minimum rate effectively boils down to one question:

Exactly how low is our production’s “low budget”?

In recognition of how dramatically spending power can fluctuate among “low budget” productions, SAG has established several different agreements based on different low budget tiers.

Here are the basics:

The Agreement states that if it is not up-to-date, then 35% of the current SAG Theatrical Basic Agreement will be used to determine minimum rates.

Technically one of SAG’s New Media contracts, the SAG Micro-Budget Agreement applies to all projects with a budget of less than $20,000 per picture of episode. Most terms of the Micro-Budget Agreement are subject to negotiation between the producer and individual performers. Critically, this means that there are no minimum payment restrictions enforced by SAG for micro-budget productions. However, rates are still subject to federal and state minimum wage laws and other labor regulations.

Notably, the Micro-Budget Agreement does not create eligibility for the performer to join the union.

If you’re not sure what contract applies to you, try Wrapbook’s SAG Agreement Finder

Wrapbook’s SAG Agreement Finder can help you identify what official SAG agreement is right for your next production and empower your team with a critical shortcut to accurate budgeting. The Agreement Finder simplifies contract identification to guide you and your team through important questions and bypass redundant labor. 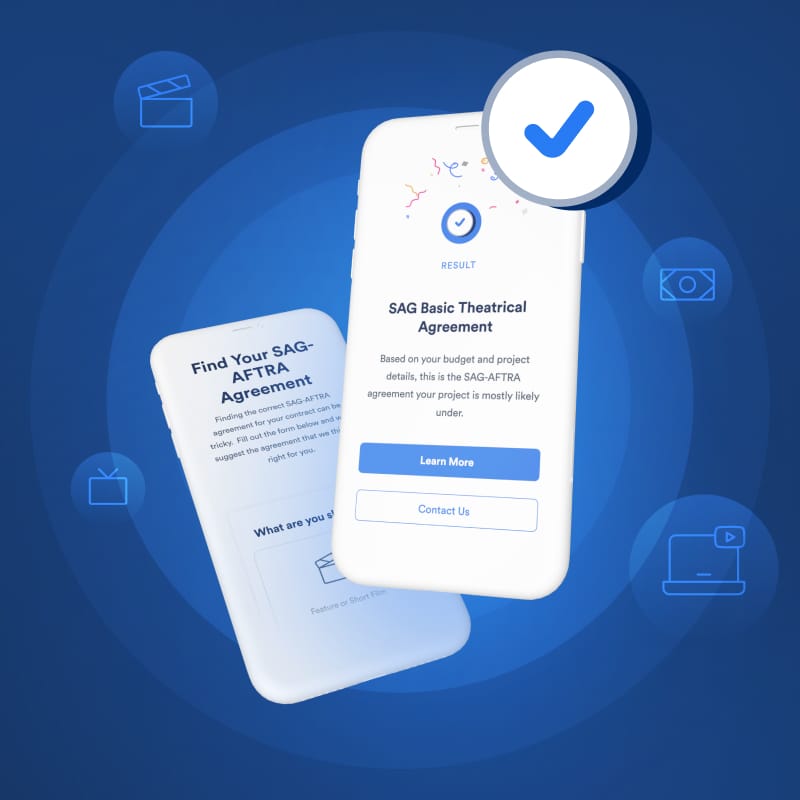 Finding the correct SAG agreement for your project can be tricky. Take our quick quiz and we’ll point you to the contract that’s yours.

Whether you’re shooting with the SAG Ultra Low Budget Agreement, the SAG Short Project Agreement, or any other contract on the SAG spectrum, Wrapbook’s SAG Agreement Finder provides the tools you need to determine accurate rates ahead of schedule, saving you time and money in figuring out how to pay actors and letting you get back to the work that matters.

How much do you have to pay actors on a non-union production?

On non-union productions, talent rates are considerably more flexible than on their union counterparts. Figuring how much you have to pay a non-union actor ultimately comes down to a combination of what your budget can afford and what the producer can negotiate.

And, of course, labor laws.

When negotiating talent pay rates on non-union productions, it’s critical to keep an eye on all relevant state and local labor regulations. While paying an actor only minimum wage is not ideal, paying them below is illegal. Producers must be mindful of minimum wage regulations, startwork requirements, tax obligations, state overtime laws, child labor laws, and all other labor guidelines with a legal foundation.

Failing to do so could risk heavy fines or even jail time.

Tips & tricks for how to pay actors

Sometimes, producing a low budget movie requires thinking outside the box. Once you determine what you must pay your actors, you’ll have to figure out what you can afford to pay them. Here are just a few tips, tricks, and slices of advice that might make it easier to do that on a minimal budget.

Let’s start with something obvious:

1. Cast within your means

A key concept in any solid casting strategy is to let your budget lead the process. The presence of a recognizable face in your movie is extremely valuable but- make no mistake- it is not priceless. There’s no use locking in a Big Name Star™ if your production can’t afford a camera after paying them.

Remember that working with finite resources is an art form. If you make a point to understand your resources and limitations from the very beginning, you’ll give yourself the opportunity to find creative solutions throughout the process.

By contrast, if you refuse to acknowledge your resources and limitations, all you’re likely to accomplish is painting yourself into a corner.

If you’re shooting out of town, consider hiring local performers to de-stress your casting budget. The benefits of hiring local may not directly affect your talent payroll but they do offer a variety of cost-cutting opportunities that can make managing cast payroll a little easier.

You can drastically reduce your production’s travel budget, for instance, by eliminating transportation and lodging costs for any local actors you choose to hire. That newfound wiggle room in your film’s low budget finances can be used to make sure you’re paying those actors a reasonable wage.

If you examine your budget and find that you simply can’t afford the actors you need, then you need to consider alternative forms of film financing.

While product placements and slate financing might not be feasible for a low budget indie film, there are many funding sources that specialize in exactly that kind of venture. Grants, crowdfunding, and even some tax credits all appeal directly to the independent filmmaking community.

Not all compensation needs to be monetary. If a performer is amenable and the circumstances are right, you may be able to exchange something besides dollars and cents for their services.

While payment in the form of “copy, credit, and meals” is largely frowned upon on any production not run by students, more valuable exchanges might be considered a worthwhile investment. Offering your actors some percentage of a film’s net profits, for example, presents an opportunity for long-term gain that could justify sacrificing some portion of their pay rate in the immediate future.

5. Use payroll software that helps with compliance

Regardless of their budget, most producers use payroll software to pay actors and their crew. It's hard to stay compliant without it. It also costs a pretty penny if workers are incorrectly compensated.

Software enables producers to classify each worker correctly, pull in the appropriate union contracts, and help productions avoid a ton of manual work.

Whether you hire union or non-union performers, Wrapbook simplifies compliance by automating the complexities of entertainment payroll.

Making sure your actors are paid a reasonable wage is a challenge worth accepting. Armed with a firm understanding of your production and a little creativity, you’ll be sure to get the right performance at the right price. If you need help discerning the right contract for union actors, try our SAG Agreement Finder before your next project.

If you want to learn more about how you can save money (and avoid budgetary landmines), try our blog on Avoiding Expensive Payroll Mistakes. Or check out our Essential Guide to SAG-AFTRA Rates if you want to nerd out about actor's compensation.